Bill Bryant and guests Beth Musgrave of the Lexington Herald-Leader, Adam Beam of the Associated Press, and Lawrence Smith of WDRB-TV in Louisville discuss issues from around the state.
S41 E44 Length 26:31 Premiere: 9.4.15

Kim Davis, the Kentucky county clerk who made international headlines for her refusal to issue marriage licenses to gay couples, is now incarcerated at the Carter County Detention Center. As she awaits word on another appeal, her attorneys say Davis is passing the time by reading her Bible.

The journalists on this weekend's Comment on Kentucky discussed the ongoing saga of the Rowan County Clerk and the ripples the case is causing in state and national politics.

Clerk’s Long-term Fate Uncertain
U.S. District Judge David Bunning called Davis to his courtroom Thursday after the clerk failed to heed his earlier injunction ordering her to issue marriage licenses despite her religious objections to same-sex unions. Protesters from as far away as North Carolina and Texas gathered on the steps of the federal courthouse in Ashland to await Bunning’s decision.

He ordered Davis jailed for contempt for her refusal to issue marriage licenses in the eastern Kentucky county. Adam Beam of the Associated Press says there was an audible gasp in the courtroom when Bunning directed marshals to take Davis into custody. He says many legal experts had expected Davis to be fined rather than jailed.

Beam says Bunning feared simply fining Davis would not force her to comply with his order since traditional marriage advocates are already funding her legal defense. Bunning did allow Davis the option to go free if she would permit her deputy clerks to issue marriage licenses to gay couples. Beam says Davis, through her attorneys, declined that offer because her name would still appear on the documents.

Davis wants the licensing process changed so that clerks no longer authorize any marriage. Kentucky House Speaker Greg Stumbo (D-Prestonsburg) and Senate President Robert Stivers (R-Manchester) have called for a special session to address the issue. But Lawrence Smith of WDRB-TV in Louisville says Gov. Steve Beshear refuses to call legislators to Frankfort, saying this is not an emergency situation. He also cites the $60,000-a-day cost of a special session.

That could leave Davis facing a lengthy jail stay unless some other resolution is found. She is appealing Bunning’s decision to keep her in custody.

Political Repercussions of the Davis Case
Although Davis is a Democrat, her case is drawing the attention of several Republican presidential candidates. Beam says former Arkansas Gov. Mike Huckabee plans to meet with Davis Tuesday and hold a rally of her supporters at the detention center in Grayson. Senators Rand Paul of Kentucky and Ted Cruz of Texas along with Louisiana Gov. Bobby Jindal have voiced their support for Davis as well.

Lawrence Smith says GOP gubernatorial nominee Matt Bevin is also backing Davis. Bevin has criticized Beshear for not changing the licensing process through executive order. The Republican says that if elected he would order a new licensing procedure as soon as he is sworn in as governor.

Adam Beam says Bevin is missing a significant opportunity to make a bigger splash with the issue. He says he’s surprised Bevin isn’t on statewide television promoting his support for Davis. Meanwhile, Democratic nominee Jack Conway says he’s for removing county clerks’ names from marriage licenses, but he also stated in a release last week that a federal judge’s orders must be obeyed.

The case may also resonate through the state attorney general’s race, which pits the governor’s son, Andy Beshear, against Republican state Sen. Whitney Westerfield. Beth Musgrave of the Lexington Herald-Leader says Davis supporters have promised to vote against Beshear because his father failed to aid the county clerk. But Musgrave says she doubts many of those people would’ve voted for Beshear anyway.

Homeless School Children
Kentucky has the highest rate of homeless students in the nation, according to Musgrave. Her special report recently published by the Herald-Leader shows about 30,000 youth – that’s about 5 percent of Kentucky students – don’t have regular home to go to at night. In some counties of eastern Kentucky, the rate of homeless students is closer to 25 percent.

Musgrave says a student is homeless if they’re living in a shelter, car, or motel, or “doubling up” with friends or other family members. She says the homelessness often results from families being decimated by high unemployment caused by the recession or high rates of substance abuse. Musgrave says homeless students are more likely to under-perform academically and eventually drop out of school.

To better help these students, Musgrave says the state needs more homeless education coordinators in Kentucky schools. She says only eight districts have full-time coordinators now. In addition, she says federal aid to support homeless students in the commonwealth has been flat for several years.

Adam Beam says the commonwealth lags most of the nation in Internet speed and access. He explains that KentuckyWired will lay 3,400 miles of fiber optic cable around the state to expand broadband service to all 120 counties. He says many state officials see high-speed Internet access as key to boosting the state’s economy, especially in hard-hit eastern Kentucky.

KentuckyWired will cost about $324 million. Beam says private investment is paying for a majority of the installation with only $50 million coming from taxpayers. 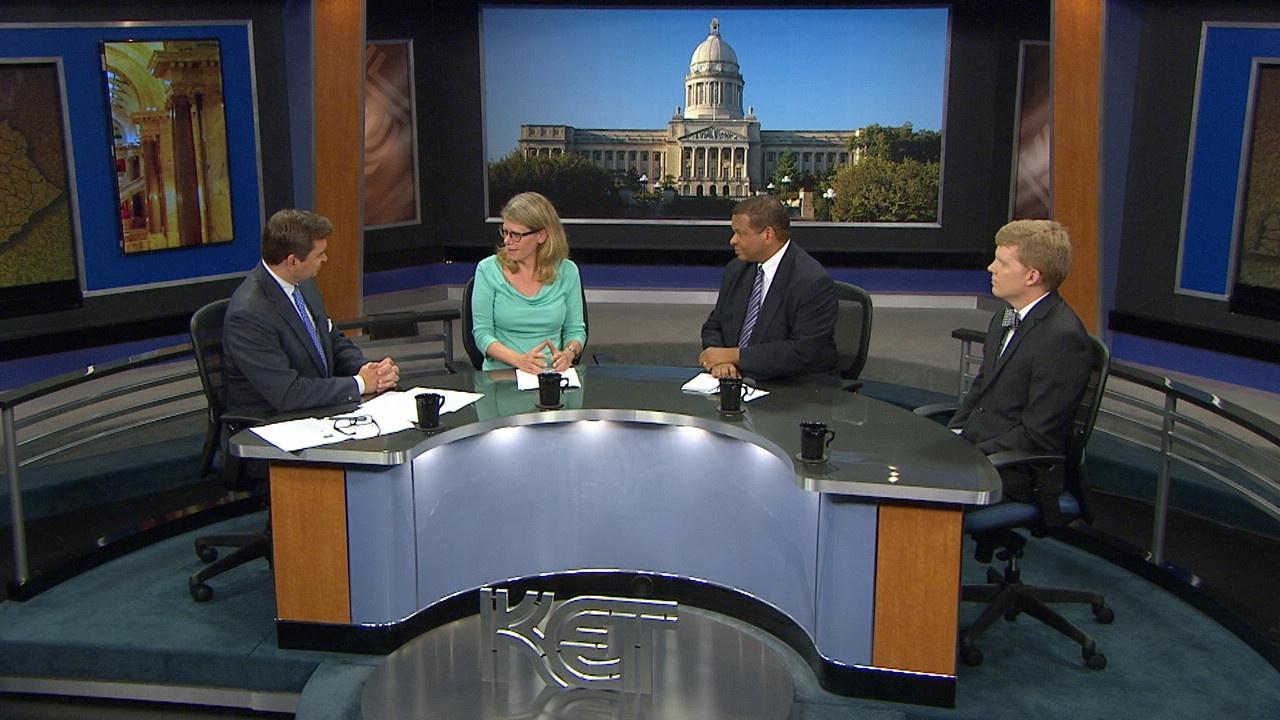