Law enforcement and public health officials face an uphill battle against the heroin epidemic in Kentucky as overdose cases continue to escalate.

The journalists on Comment on Kentucky discussed the latest on the drug crisis. They also reviewed other items in the week’s news, including the Bevin administration’s application to overhaul the state Medicaid program, and updates from the campaign trail.

Heroin Response in Kentucky and Ohio
The toll of the state’s heroin scourge continues to rise. Lawrence Smith of WDRB-TV in Louisville says that city experienced 30 drug overdose cases on one day last week. He says the death count from overdoses would be higher were it not for the ready availability of naloxone, a drug that’s used to reverse overdoses.

The problem is even worse in northern Kentucky. Nick Storm of cn|2 says the Cincinnati metro area has had 300 overdoses since the middle of August. He reports that officials believe the spike in overdoses is related to heroin being mixed with powerful synthetic drugs called fentanyl and carfentanil. Storm says a Hamilton County, Ohio, judge signed an order granting immunity from prosecution to users who dispose of heroin at a local police station. He says the goal is to save lives and get dangerous heroin blends off the streets.

Ohio lawmakers want Gov. John Kasich to declare a state of emergency so that the state can receive federal funds to help combat the drug crisis there. Storm says if the heroin epidemic continues to worsen in the commonwealth, officials here could encourage Kentucky Gov. Matt Bevin to do the same.

U.S. Attorney General Loretta Lynch is scheduled to visit Madison County later this month to speak with high school students about the dangers of heroin and opioid abuse.

Other Health Issues
The Bevin administration’s application to change Kentucky’s Medicaid program passed its first hurdle with federal officials last week. Storm says the U.S. Department of Health and Human Services indicated the state’s waiver request was properly submitted. The public now has 30 days to comment on the plan, called Kentucky HEALTH, via the Medicaid website.

On Friday the federal Center for Medicare and Medicaid Services denied Ohio’s request to overhaul its Medicaid program. Lawrence Smith says that application had similar elements to what Kentucky has proposed, including charging premiums and withholding benefits to some patients who fall behind on their payments. Smith says Gov. Bevin hopes the Ohio decision is not a sign of how Kentucky’s application might fare.

After the month-long comment period, CMS officials will decide whether to accept the state’s application as is, or enter into negotiations with the Bevin administration to arrive at a compromise plan. Bevin has pledged to end the state’s Medicaid expansion if federal officials deny his waiver proposal. Storm says Congressman John Yarmuth (D-3rd District) believes that Bevin included “poison pills” in Kentucky’s application that would cause CMS to reject the plan. That way, Yarmuth argues, Republicans could then blame the Obama administration for a scaling back of Medicaid in the commonwealth.

The Medicaid expansion was enacted under the auspices of the Affordable Care Act. Joseph Gerth of the Courier-Journal says U.S. Sen. Mitch McConnell (R-KY) has pledged to change the legislation when the new Congress begins work in 2017. Gerth says health insurance companies are pulling out of some markets, leaving no competition among providers and higher prices for consumers. While both sides agree that’s a problem, Gerth says it’s hard to see how lawmakers will agree on a solution since Republicans want to repeal Obamacare and Democrats want to fine tune it.

Storm adds that incumbent Sen. Rand Paul focuses on creating economic freedom zones to boost job creation in the state. Paul has not aired any television ads yet, while Gray launched campaign spots in the Louisville market. Lawrence Smith says the Democrat needs to pull significant votes in Metro Louisville to have a chance of defeating Paul.

Incumbent Congressman Andy Barr has ramped up his campaign in his central Kentucky district.  Storm says Barr’s media spots feature issues that will appeal to a broad base of voters in the district, which is majority Democratic by registration. Storm says Barr’s challenger, Nancy Jo Kemper, is building a grassroots network to rally Democratic voters. He says Kemper criticizes Barr by saying the Republican has “gone Washington.”

The presidential election could play into the battle for control of the Kentucky House of Representatives. Joe Gerth says Republicans will tie Democratic House candidates in eastern Kentucky to Hillary Clinton and President Obama, who are both deeply unpopular in the region.

But in urban districts that still favor Democrats, the GOP will be forced to find other campaign strategies, says Gerth. He cites the 38th state House district in southwestern Jefferson County. That district voted for Obama in 2008 and 2012. The race there features incumbent Rep. Denny Butler, who switched from Democrat to Republican late last year, against Democratic attorney McKenzie Cantrell, who Gerth says is running as the pro-labor candidate.

Another key district is the 62nd House race. Nick Storm says that’s a rematch between Republican Phillip Pratt and Democrat Chuck Tackett, who won a special election last March to fill the seat vacated by Ryan Quarles, who was elected to be Commissioner of Agriculture. Storm says Democrats outspent the GOP three to one in that special ballot.

State Republicans have a significant fundraising advantage going into the November elections. Gerth says that means Democrats must focus their limited resources on key districts. If they try to blanket the state with ads, Gerth says Democrats will likely sustain heavy losses.

And Gov. Matt Bevin is raising money to help repay the $4 million he loaned his gubernatorial campaign last year. Gerth says Bevin could roll over donations he gets now into a re-election bid, but he says the governor has not yet formed a committee to raise funds for a 2019 campaign. 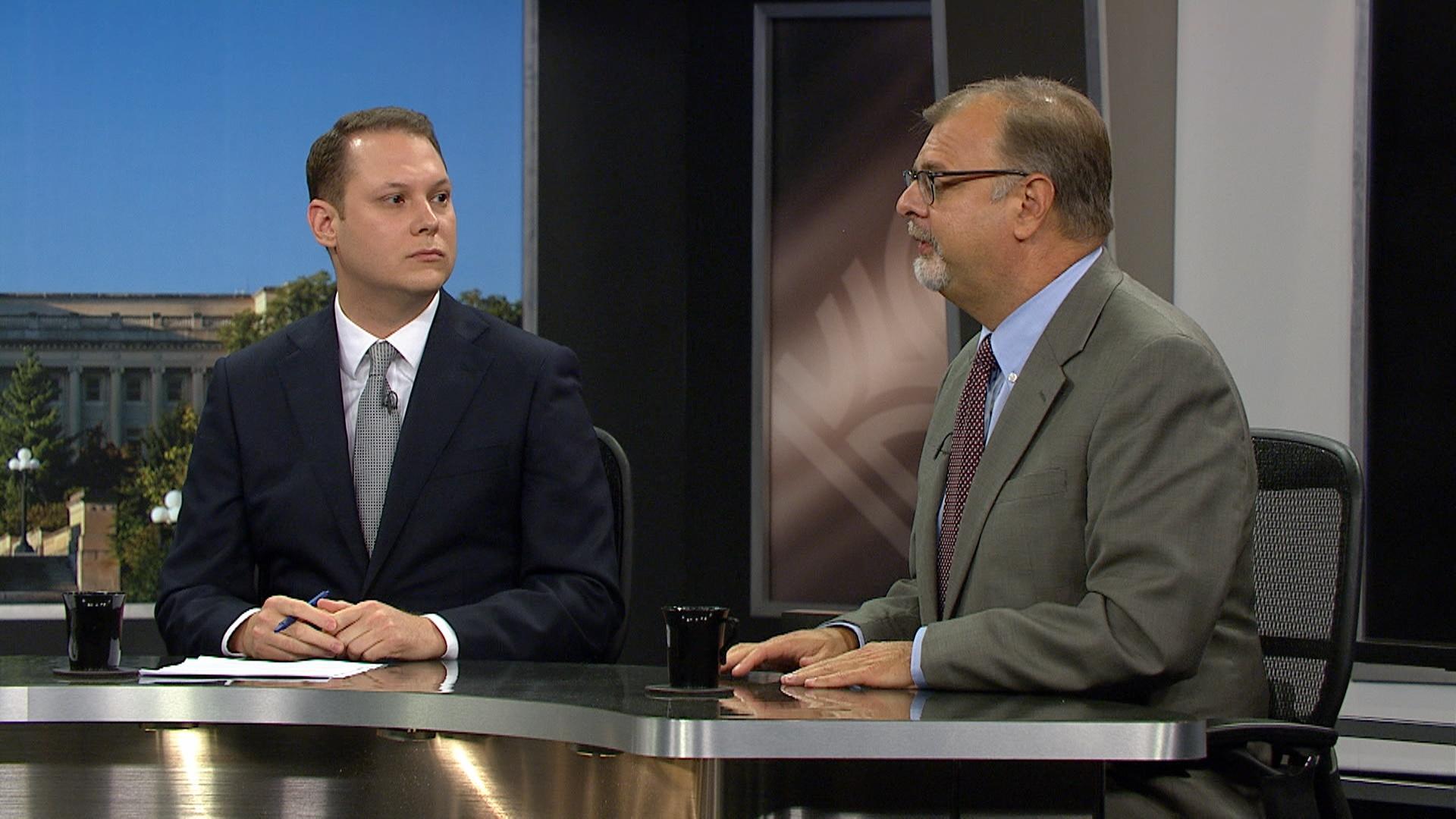