It’s like a scene from “To Kill a Mockingbird”: Kids sneak into a small-town courthouse to watch a big trial from the balcony.

Except in this case it’s not Scout and Jem Finch in Maycomb County, Ala. It was Sannie Overly and her brother in Bourbon County, Ky. The young Overlys would pass time after school watching legal proceedings at Paris courthouse where their mother had an office as the local home demonstration agent.

“It certainly formed those very early memories of what it meant to practice law and to watch the folks in our community come before the judge,” Sannie Overly says.

Overly is now an attorney and state representative, and she’s the Democratic candidate for lieutenant governor on the ticket with Jack Conway. She talked about her upbringing, her entry into politics, and her candidacy on KET’s Connections.

Values Instilled Early
Overly grew up in the Bourbon County community of Millersburg on the tobacco and cattle farm her parents and grandparents operated. She says her mother and father offered strong discipline and encouraged honesty, hard work, and a commitment to education.

After graduating from Bourbon County High School, Overly attended the University of Kentucky on a state Transportation Cabinet scholarship and got a degree in civil engineering. While later working for the cabinet, Overly attended night classes to get a law degree from the University of Louisville. She met her husband, Mike Kalinyak, in law school, and the two married in 1995. They now have two teenage daughters.

Breaking a Glass Ceiling in State Government
Overly worked as an attorney in Lexington before returning to her native Bourbon County to start her own law practice in Paris. In 2007 she was recruited to run for the unexpired term of Rep. Carolyn Belcher, who left the state House to become judge-executive in neighboring Bath County.

Overly jokes that running for office wasn’t on her life’s bucket list, but she felt drawn to the idea of giving back to the public schools that she says enabled her and her family to enjoy a good life.

“I knew that it was important that we have a strong voice in Frankfort for public education, so I decided I’m going to take on this challenge,” Overly says.

She won the special election in January 2008 to represent the 72nd House district, which comprises Bath, Bourbon, and Nicholas counties as well as part of Fayette County. A year later, Overly was selected to head the House Budget Review Subcommittee on Transportation. Then in 2013, she became Majority Caucus Chair, making her the first female elected to House leadership in state history.

“It’s been really good, particularly for young women who are interested in politics here to see that that’s one less glass ceiling that remains in Kentucky,” Overly says.

Protecting Women and Children
Overly attributes her rise in the legislative ranks to being a workhorse rather than a show horse.

“You have to have that work ethic, and be willing to roll up your sleeves, and put your differences aside, and decide we need to get to a certain result or conclusion, and do the work,” Overly says. “I take very practical, common sense approaches to the state’s problems… I like to look for solutions that work for all Kentuckians.”

One of her biggest achievements in the General Assembly was the Human Trafficking Victims Rights Act, which became law in 2013. It toughened penalties for those who exploit women and children for sexual purposes, and increased protections for victims.

“When we’re dealing with the laws around human trafficking, we’re talking about trying to create a network that helps some of the most fragile victims… many of whom are children,” Overly explains.

Partners in Governing
The Democrat’s friends describe her as intelligent, dedicated, energetic, and an excellent listener. In fact when Attorney General Jack Conway first approached Overly about being his running mate, she said very little. When he became concerned about how the meeting went, Conway says he asked a mutual friend for feedback. As Conway recounts the story, the friend told him not worry: Overly was just sizing him up.

“We are truly partners in the sense that our values align, we use those values to guide our policy decisions, and we’ve done that throughout the operation of the campaign and I look forward to doing that along side him as lieutenant governor,” Overly says.

Given the state capitol’s reputation of being an old boys’ club, Overly adds that she and Conway will have zero tolerance for any type of harassment or discrimination in the executive branch. She says for the culture of state government to change, more women need to be elected to office so that Frankfort looks like the rest of the commonwealth.

Finally Overly says she’s proud of the public sector experience the Democratic ticket brings to the governor’s and lieutenant governor’s race. She says voters must be able to trust their elected leaders.

“There’s not time for on-the-job training,” Overly says. “So I do believe it’s very important that we have folks who are knowledgeable about our government, how it works, [and] what the challenges are, because when you’re elected you need to hit the ground running, and I believe that Jack and I are prepared to do that.”

A discussion about the 2015 lieutenant gubernatorial race. 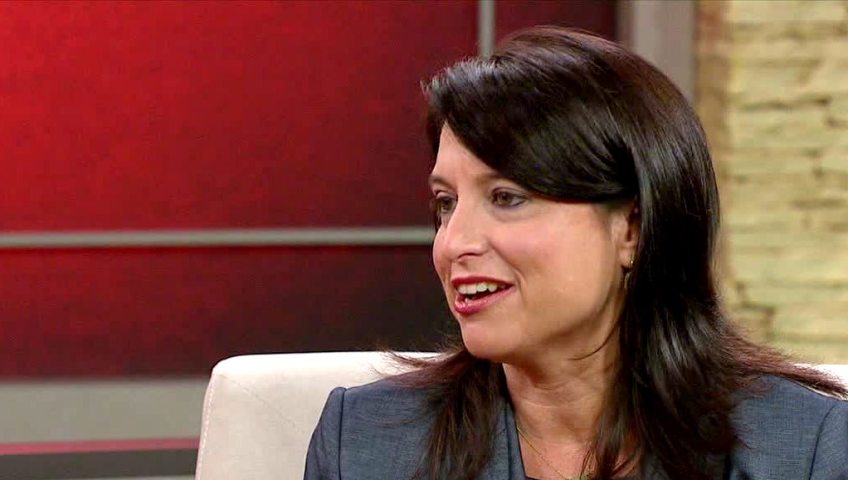