The news of Naomi Judd’s untimely death shocked her fans, but also left many wondering what happened to the 76-year-old singer-songwriter who, along with her daughter Wynonna, dominated country music in the 1980s and 1990s.

Wynonna and her sister, the actress Ashley Judd, initially announced on social media that they “lost our beautiful mother to the disease of mental illness.” Naomi Judd, a native of Ashland, had been open about her struggles with depression over the years.

But Marcie Timmerman, executive director of Mental Health America of Kentucky, says the daughters’ statement on their mother’s death left many people confused about what happened to Naomi. Timmerman says people with severe mental illness die 10 years younger on average than their counterparts due to issues like side effects from medications or from not addressing other health conditions.

In a subsequent television interview, Ashley Judd said her mother died from a self-inflicted gunshot wound. Timmerman says for all the advantages that fame and fortune can bring, celebrities can still end up feeling isolated and alone. And even with the best medications and therapy, successful treatment of a mental illness is not guaranteed.

“Unfortunately, it seems like maybe Miss Judd had a setback of some sort and didn’t have the right toolbox to help her deal with that setback,” says Timmerman.

The overall suicide rate in the United States increased 30 percent from 2000 to 2020. Since the COVID pandemic, that rate has decreased slightly, Still, in 2020 alone, nearly 46,000 Americans died by suicide, while 1.2 million others attempted to take their own lives, according to the U.S. Centers for Disease Control and Prevention.

Mental Health America of Kentucky seeks to improve the accessibility and quality of mental health services in the state and provide a range of resources to help people identify and respond to signs of mental illness and substance abuse.

“We want people to be treated before they end up in a hospital or jail situation,” says Timmerman. “There’s no reason that we can’t screen people for mental health issues all their life – get that checkup from the neck up once every month or so.”

Although many people have returned to normal activities as the most intense phases of the COVID pandemic have eased, Timmerman says the residual effects of stress and uncertainty as well as, for some, job loss or the death of a loved one continue to ripple through the population.

“The need for services has actually skyrocketed even more,” she says. “Our number of crisis calls continues to rise.”

Timmerman says important signs to look for in your own behavior or in others is a reduced ability to concentrate, sadness or crying that lasts for weeks, and withdrawing from friends and family.

“You just don’t get joy out of being around people, or you’re not getting joy out of the hobbies and things you used to do,” she says. “Then one other thing is anger... Anger is related to depression and sadness… We tend to lash out in anger when things aren’t well.”

Unfortunately, finding mental health assistance can be difficult in Kentucky. Timmerman says the state doesn’t have enough providers, especially counselors of color as well as therapists who work in rural communities or who specialize in helping children. Even when services are available, Timmerman says it may take a few tries to find a counselor you want to see regularly.

“Finding a therapist is like dating: You’ve got to go through a few of them sometimes before you find the right fit,” she says. “The first one you’re assigned may not be a good fit.”

If you or a loved one are in an emergency situation, help is always available through the Suicide Prevention Hotline at 800-273-8255. But starting July 16, Timmerman says that number will be simplified to 988. She says the hotline operators are prepared to handle a range of situations.

“Over 94 percent of folks don’t need lights and sirens at their house that minute,” she says. “They actually just need a next-day appointment or someone to hang out with them tonight – a friend or some family member to come over and just keep them safe until morning.”

“It’s always best to be direct, as direct as you can be,” she says. “It’s awkward sometimes, but it’s really important.”

One question to avoid, though, is are you thinking of hurting yourself. Timmerman says that can mean different things to different people.

And once you’ve asked if the person is suicidal, Timmerman says you need to be prepared to stay with that person until they can get help, either through the suicide hotline or by taking them to a professional health care or mental health provider. Timmerman says it’s also wise to make sure the person doesn’t have easy access to lethal weapons or to medications on which they could overdose.

The 2022 General Assembly passed legislation that will assist with mental health in the commonwealth. Timmerman says lawmakers allocated $500,000 for the transition to the new hotline number and related services. A bipartisan measure also makes mental health a legitimate excuse for student absences from school. Another bill removes the death penalty as an option for criminals who have certain previously diagnosed severe mental illnesses.

“This waiver will allow us to do supportive employment and supportive housing for people with severe mental illness… like the schizophrenia, the major depressive disorder, the bipolar, those kinds of things,” she says. “It will help a lot of our most severe folks stop the revolving door.” 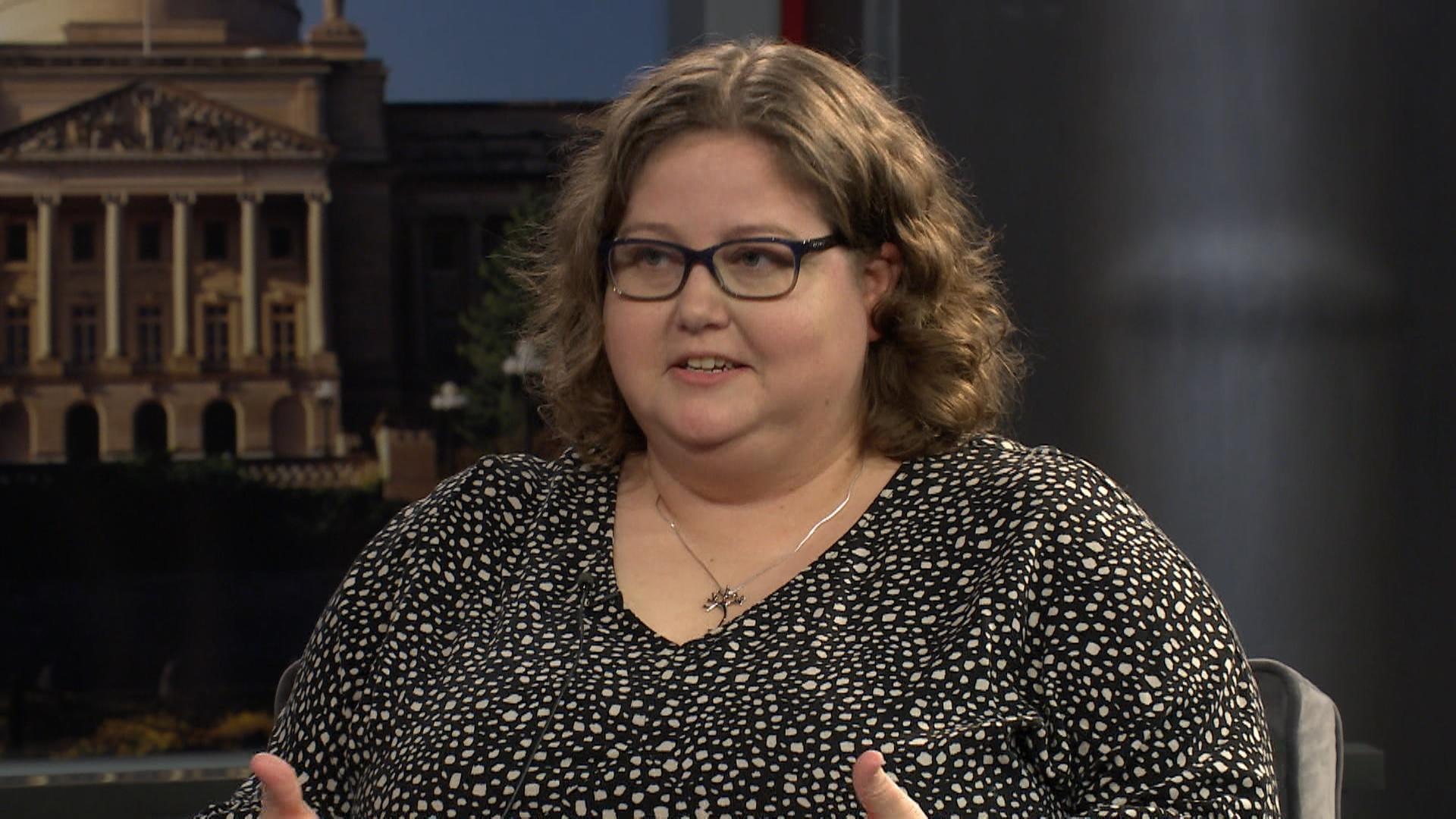