Renee's guest is Dr. Erin Frazier, a pediatrician with Kosair Children's Hospital in Louisville. Dr. Frazier discusses coping techniques for parents that can prevent child abuse. She specializes in educating parents and caregivers about the dangers of shaking infants and strategies for dealing with persistent crying babies.
Season 11 Episode 27 Length 28:06 Premiere: 04/29/16

There are any number of jobs, from barbers to teachers, that require a special license or certification to perform. Yet anyone, regardless of training, experience, or background, can become a parent.

And that can lead to dangerous situations for new mothers and fathers when the stress of caring for an infant becomes too much to bear.

Louisville pediatrician Dr. Erin Frazier appeared on KET’s Connections to discuss the coping techniques she shares with new parents that can prevent child abuse. Frazier is medical director at Kosair Children’s Hospital Foundation Office of Child Advocacy and chair of the Partnership to Eliminate Child Abuse in Kentucky and Indiana.

Frazier’s commitment to child abuse prevention began when she was medical resident on emergency room duty. She vividly recalls two young patients who died as a result of abusive head trauma: a baby who had been shaken so badly that she developed fatal seizures, and a toddler who had the imprint of a boot on her skull.

Parents may possess behavioral traits that can put a child at greater risk for abuse, such mental health problems, substance abuse, or a history of violence in the home. But Frazier says abuse can happen anywhere.

“It crosses every socioeconomic status, it can happen [in] any neighborhood, on any street,” Frazier says. “It usually happens when [parents] get frustrated, they’re angry, they have other problems in their life, and they’re taking it out on kids.”

It’s not just parents who are at risk of perpetrating abuse. Frazier says children who live in a home with an unrelated caregiver are 50 times more likely to die of child abuse.

Educating Parents and Caregivers
To help prevent abuse of infants, Frazier has implemented a simple training process for the new mothers and fathers that she sees.

“One of the things I’m very passionate about is educating parents about abusive head trauma and shaken baby syndrome, so when parents leave the hospital, they get education about how to deal with a persistently crying infant and the dangers associated with shaking a baby,” Frazier says.

The training includes having parents watch a video and read a brochure about the detrimental effects of shaking an infant. Then they are asked to sign a statement that says they will commit to not shake their child. Frazier says most Louisville hospitals have implemented this training, and she’s working to bring it to other facilities around the state. She says the health care providers that have implemented the program have seen a 47 percent reduction in abusive head trauma cases.

Frazier says another factor in preventing abuse is to change how parents view the development of their child. She explains that parents with unreasonable expectations of an infant’s behavior may be prone to abuse. So Frazier warns mothers and fathers to expect their babies to cry a lot in the first two or three months of life.

“I tell them that it’s very normal,” says Frazier. “It doesn’t mean you’re a bad parent, it doesn’t mean that you’re doing something wrong. It just means that the baby’s way of communicating is by crying.”

If the crying persists, Frazier suggest checking to see if the baby needs to be fed, burped, or changed. If the caregiver sees sign of illness, they should call their doctor. Otherwise, a timeout for the parent may be in order. Frazier says when she was raising one of her three children and needed a brief break to collect herself, she would put the baby in a crib resting on its back, and then go listen to a favorite Beatles song. By the time the tune was over, she says she would be able to go back and help her child.

Other challenging phases come just after the one-year mark, when children can start saying “no,” or when they start teething or potty training. Frazier cautions that during these stressful times, parents may revert to behaviors they experienced at the hands of their own mothers or fathers, including some form of physical correction.

“The research is very clear on corporal punishment that there are negative side effects,” Frazier says.

Those can include mental health problems, an increase of aggressive or other negative behaviors, and an erosion of the parent-child relationship. Frazier says hitting or spanking a child can also teach them that a loving relationship involves pain.

Instead of physically punishing disobedience, Frazier recommends finding ways to reward successful behaviors and to build positive interactions with the child through normal daily activities. She encourages parents to turn off televisions, computers, and cell phones and play a game with their child. When a child does something well, praise a very specific detail of what they did. She also suggests making eye contact and offering positive physical contact like a hug.

“When you’re specific and you’re looking and you’re touching your child, you are going to get much more of a reaction for them to follow through and do what you’re asking them to do,” Frazier says.

Training for Medical Professionals
Another part of Frazier’s prevention efforts take her to the General Assembly to lobby for child-friendly legislation and to work with health care providers on how to recognize signs of child abuse. She promotes a technique that doctors can use to spot suspicious bruising on a child based on their age. Frazier says bruising on a child under four months old is unusual because they are not old enough or mobile enough to hurt themselves. Bruising on the torso, ears, and neck of a child under the age of four would also be a cause for concern.

Frazier praises legislation passed by the Kentucky General Assembly in 2010 and 2014 mandating that any person who regularly works around children be educated on the signs of head trauma and other abuse. She says that training is especially important for physicians.

“Because we know that if we get those early-warning signs, we can get children the help that they need before they are abused further or before any type of fatal event,” Frazier says.

Addiction and the Criminal Justice System

25th Anniversary of the Americans with Disabilities Act 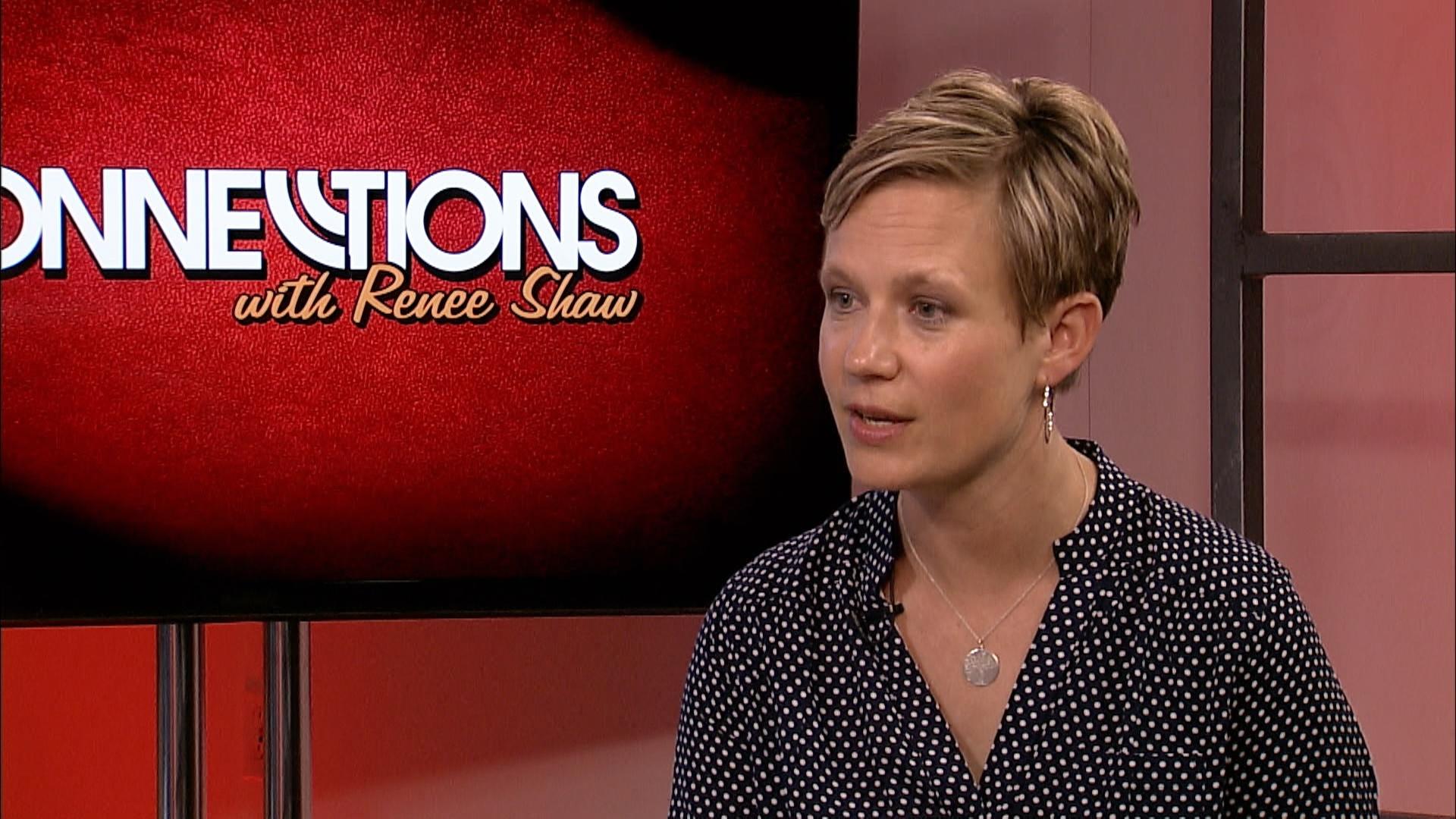