The uphill climb that students in eastern Kentucky face can be as steep as the Appalachian Mountains that ripple through the region. There’s widespread poverty, declining population, few job opportunities, and underfunded schools, just to name a few of the challenges.

Yet amidst these negative trends, schools from Ashland to Middlesboro are working to boost the academic performance of students and bolster the economies of the communities they serve.

The Hazard-based Kentucky Valley Educational Cooperative is leading this charge. The organization represents 22 school districts and 53,000 students and teachers in the state’s Appalachian region. KVEC leaders recently issued a report that urges state and local officials to adopt policies that can make public education a catalyst to improve the region’s economy.

KET’s Renee Shaw spoke with Hawkins and KVEC board members David Gibson and Scott Helton about their findings.

Fewer Jobs, People, and Tax Revenues
While the state as a whole is experiencing record employment and business investments, eastern Kentucky presents a far different picture. According to the KVEC report, the state added about 80,000 people to its labor force from 2012 to 2018, but the Appalachian counties lost more than 47,000 people from its labor force.

That decline in the workforce has contributed to a 31 percent poverty rate in the KVEC counties compared to 18 percent for the entire commonwealth.

“Population-wise, the state since 2000 has grown by 10 or 11 percent,” says Hawkins. “During the same period of time, our counties have lost 10 or 11 percent of our population.”

“When you look at the 2020 census that’s coming up, predications are we may lose another House [and] potentially another Senate seat, so our voice is going to be less and less,” says Gibson.

Fewer residents and a declining industrial and business base mean smaller tax revenues to fund local needs, including public schools. Gibson says his tiny district has the 10th highest tax rate in the state. Yet he says a small tax in Paintsville might generate $80,000 for his schools, but in Scott County, the same tax would generate more than $2 million in revenues.

“We do not have the economic development, the economic drivers of industry coming into our system,” says Gibson. “So in essence, we are continually raising taxes on a poor, older population.”

’Incredible Things with Less Funding’
Fewer good-paying jobs also makes it hard to recruit quality educators to the region. Gibson says prospective teachers want to know that their spouses will be able to find employment without having to drive long distances.

KVEC Board Chair and Magoffin County Schools Superintendent Scott Helton says the dearth of jobs also makes it difficult for the local communities to keep their best students.

“Our students that we send off to college, they’re not coming back home because there’s not really anything there for them,” says Helton.

Even with all these challenges, Gibson says many KVEC schools garner distinguished rankings and have high graduation rates.

“We’re doing incredible things with less funding and less equity than any place in the United States,” says Gibson. “We are doing this with basically one hand tied behind our back.”

Federal and philanthropic dollars enable KVEC to offer mini-grants to teachers who want to create innovative projects that encourage their classes to address real-life challenges facing people in the region. For example, students are exploring ways to grow fish and vegetables using hydroponic systems.

Other classes have developed a GPS tracker that helps locate people stranded in the rugged Appalachian foothills. Still other students are learning about drones and aircraft maintenance, as well as how to design and build moveable tiny homes that can provide safe, affordable housing for needy neighbors.

“We want people to understand we’re doing some great things, but can we continue?” says Helton. “We will do the best we can, but we have to have some changes.”

Boosting Community Partnerships and Teacher Pay
KVEC’s report offers several options for possible changes. First it encourages the creation of a “rural edu-conomy zone” in which school districts and public and private community partners work together to strengthen the local economy.

Gibson says he also hopes state lawmakers will devote more money to K-12 education, beyond the small increase to per-pupil funding called SEEK that was part of the current state budget.

“They increased SEEK $8, but they cut thousands of dollars off of the other side that no one sees unless you’re in the weeds with us,” says Gibson.

Teacher pay and benefits is also an issue. Helton and Gibson say their rural schools simply can’t afford to pay teachers as much as urban districts, which makes it harder to attract quality applicants. Helton says his Magoffin County system pays starting teachers about $36,000 a year.

“That’s not a lot of money, regardless of where you live,” says Helton.

And then there’s the pension crisis. Since Kentucky teachers don’t receive Social Security, Gibson says a good pension upon retirement is a critical incentive to get people into the profession. But the Kentucky Teachers’ Retirement System, like the rest of the state’s public pension plans, is mired in billions of dollars in unfunded liabilities.

“We fully understand that there needs to be fundamental changes [to KTRS]”, says Gibson. “But… let’s do that as a unified group – all stakeholders from all groups come together to figure this out.”

Gibson and Helton say KVEC superintendents have good working relationships with state lawmakers on both sides of the aisle. They say that’s important to fostering open dialogue about these issues.

“We have to be willing to give a little to get a little, and so does the legislative body,” says Gibson. “We understand that it’s going to take a bipartisan group of legislators, superintendents, community members, judges, the whole nine yards to get us to where we want to go.”

“It’s crucial that we do it now,” says Helton. “To me it’s something that we can’t wait on for another five, 10 years for eastern Kentucky.”

For his part, Hawkins says the region would also benefit from a four-year university. He says communities that have a regional university and an interstate highway such as Bowling Green or Richmond, tend to spawn a cluster of economic development.

Although the KVEC report didn’t gain much traction in the short 2019 legislative session, Hawkins says the organization will engage business, civic, education, and political leaders in discussions about how public schools can help revitalize struggling eastern Kentucky communities while they prepare the region’s students for a brighter future.

“Our schools really look at themselves as the last, best hope for those kids,” says Hawkins. “They lift them up, they build relationships, and they focus on what they are able to do by connecting a passion that that kid has to a purpose in life.” 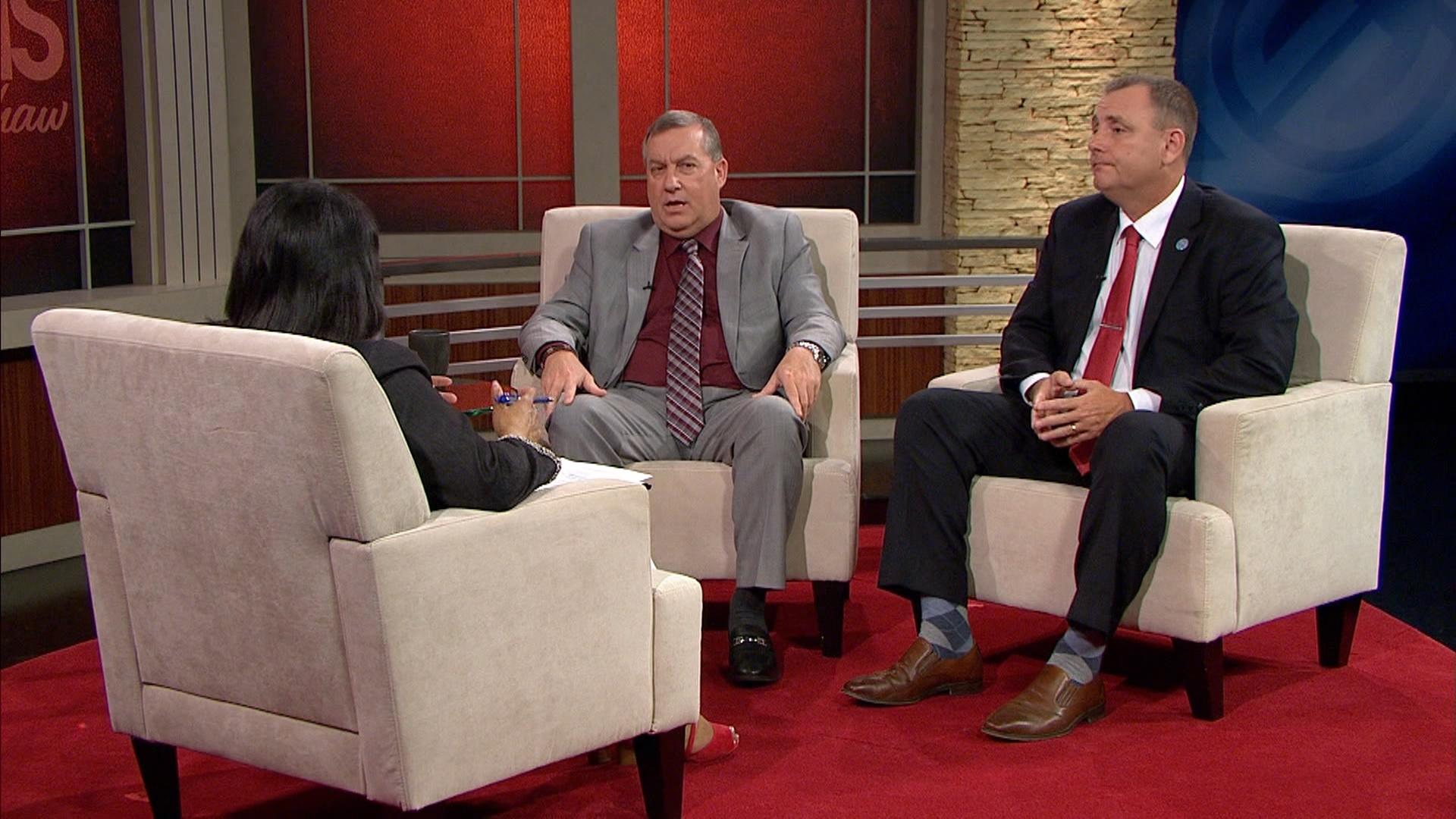