It seems like almost every day a business owner or corporate executive makes the same statement: We need more skilled workers.

With millions of jobs going unfilled across the nation, employers are partnering with institutions of higher education to create a pipeline of students who will be trained in the skills most needed in today’s economy.

The Kentucky Community and Technical College System (KCTCS) is at the forefront of workforce training initiatives in the commonwealth, providing innovative programs that help traditional students and returning adults build and enhance their job qualifications. KCTCS President Jay Box appeared on KET’s Connections to discuss some of those efforts.

Earlier this year, President Donald Trump appointed Box and two dozen other leaders in education, business, labor, and politics to the American Workforce Policy Advisory Board. Box says the group is working to discern the causes of the workforce shortage and suggest ways to resolve it.

Many of those open jobs require some level of post-secondary education, but not necessarily a four-year or graduate degree. Box says even positions with high-tech and Fortune 500 companies might only require a two-year college degree or an industrial or professional certification that can be earned in a few months.

“Tim Cook from Apple, who is on the advisory board, turned to me and said, ‘Last year, we hired more than 50 percent of our workers in Apple that had an associate’s degrees or less,’” Box recalls. “He said, ‘That’s what our trend has been in the last three years.’”

Collaborations between employers and educational institutions are on the increase as businesses and industries seek a dependable supply of qualified workers. But Box says it’s only in recent years that companies have been willing to partner with schools on specific job training projects and programs.

“Employers used to be so secret about what they wanted because they considered that proprietary [information],” he says. “But the job market has become so tight… they want to work with us and help us to find the competencies that those workers need. That helps us then in developing the curriculum that would be useful for them and for the graduates to get employed as soon as they come out.”

A key example of this kind of collaboration in the commonwealth is a program called Kentucky FAME, which started as partnership between the Toyota plant in Georgetown and the Bluegrass Community and Technical College in Lexington. Box says students are in the classroom two days a week and work at Toyota three days a week. Toyota pays the student-workers while they learn the job they’re performing.

Box says there are now 11 FAME programs at manufacturers around the state, and others are expected to launch soon in health care and other business sectors.

“Over 89 percent of those students are hired right out of the program by the employer who sponsored them,” he says.

A Flexible Approach to Education
Box says KCTCS has to do more to help adults who have a job but want to return to school to get additional training to advance their current careers or move into entirely different fields.

“You can’t get a working adult to come back to college on a traditional college day,” says Box. “Expecting them to come from 10 to 2, Monday, Wednesday, Friday, it’s not going to work around their work schedule. So our colleges are getting really innovative.”

Some KCTCS faculty are recording their lectures and putting them online, says Box. Students watch the videos when it’s convenient for them. He says several campuses also have extended lab hours, so working students can drop in when they have time to complete those requirements.

There’s also a shift away from the traditional structure of 16-week courses where students get a grade at the conclusion of the class. Box says some classes are now using a competency-based approach for measuring student progress.

“On competency-based, the faculty member lines out the skills, learning outcomes, or competencies that you should know in this course,” he says. “As you move through the course, you test along those competencies. If you pass the test… then you move forward. If you don’t, you stay where you are until you’ve reached it.”

Funding Challenges
These and other changes have helped KCTCS build a strong base of traditional and non-traditional learners. More than 100,000 students attend one of the system’s 16 colleges spread across 70 campuses around the state. Although enrollment peaked in 2011, Box says the number of credentials awarded by KCTCS hit a record high last year.

That requires the system to respond to changes in workforce demands over time. But because of resource constraints, community colleges “can’t be everything for everybody,” says Box. So they have targeted funding to programs that will prepare students for jobs where the demand is greatest. For every new program KCTCS starts, Box says they will eliminate two others that are no longer useful for job seekers.

“We do not want to turn out a graduate that can’t get employed,” he says. “So we have to go back, evaluate, say we need to phase that program out, and let’s shift that money over to an area where there is a need right now in the workforce.”

KCTCS has also invested in hiring more career counselors and navigators who guide students through their academic careers, especially the first few weeks of school when they are most prone to give up.

“We all want students to have an education, and be successful, and be contributors to our society,” he says.

Box says KCTCS is on the right track to meet Kentucky’s workforce needs, but funding remains an issue for the system. He says legislators should find new sources of revenue for the state, and then appropriate more money to the performance-based funding model implemented in 2016. It bases funding levels for state universities and colleges on their ability to meet certain metrics.

“We embrace the performance-based funding model,” says Box. “All we’re asking for now is that General Assembly look at truly funding that model because when they passed it, they put no new money into it.”

Lawmakers subsequently allocated $31 million to performance funding, but Box says it would take $75 million to fully support the model. 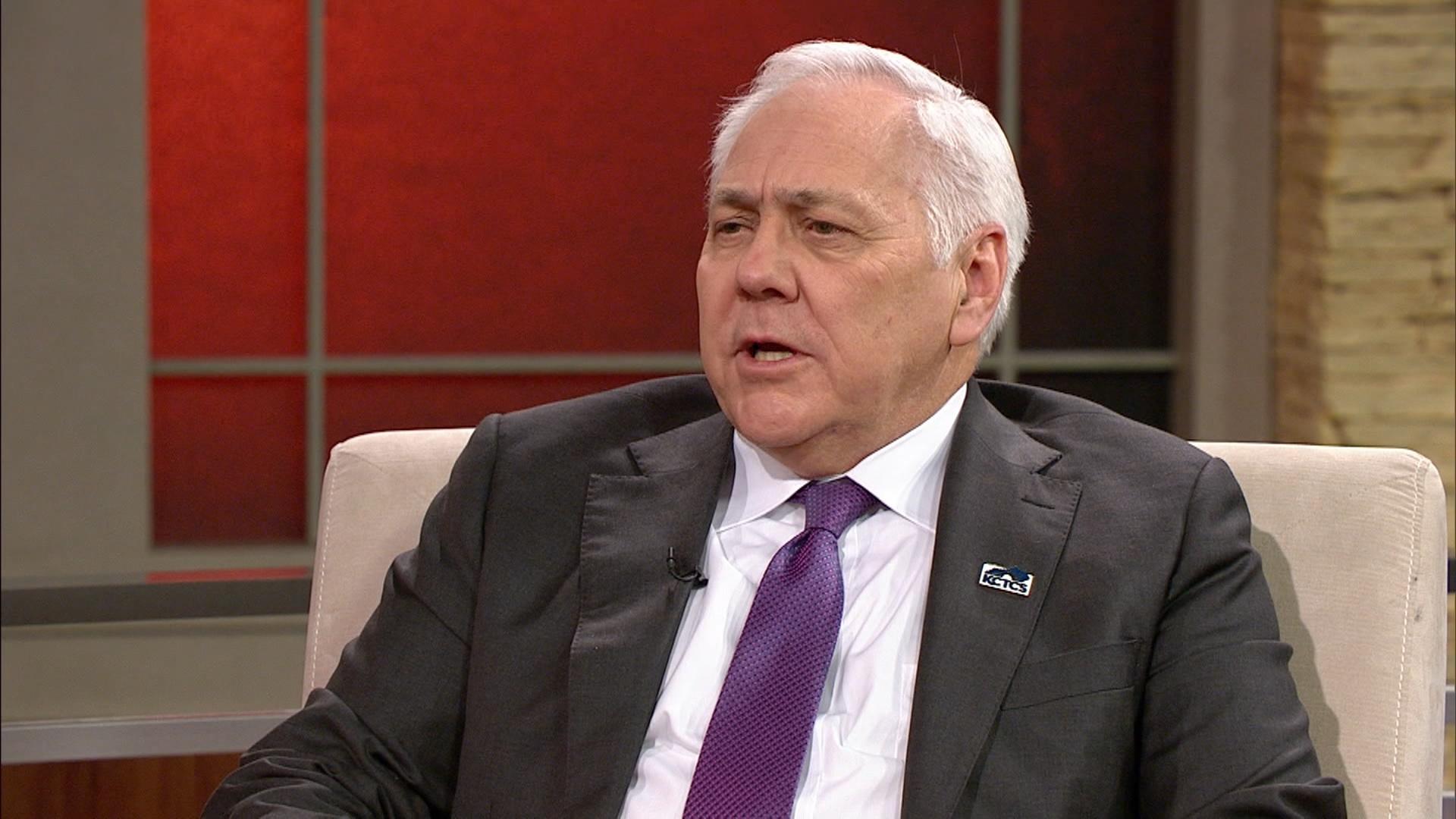