Renee speaks with Jessica Dueñas, the 2019 Kentucky Teacher of the Year, who is a special education teacher and will be among the founding educators at the new W.E.B. DuBois Academy in Jefferson County. She also writes about education issues as a contributor to the Courier Journal.
Season 13 Episode 41 Length 28:52 Premiere: 08/10/18

For Jessica Dueñas, being a teacher means doing more than just helping the students in her own classroom. She’ll help any young person and their family struggling with language barriers that can prevent them from succeeding at school and in life. She engaged in her community to help those beyond her classroom door. And this fall, she’ll be a founding teacher at the W.E.B. DuBois Academy, a new public school opening in Louisville that focuses on teaching young boys of color.

“I believe that my greatness is truly helping others overcome their barriers and meet their dreams,” Dueñas says.

Her extensive skills and deep commitment earned Dueñas the honor of being the 2019 Kentucky Teacher of the Year. She appeared on KET’s Connections to talk about the new academy as well as share her own struggles as a student and how that helped shape the teacher she became.

Discipline Laid a Foundation for Success
It wasn’t easy being a kid in the Dueñas household. Her parents immigrated to New York from Costa Rica in 1970 so Jessica and her sister could have better lives. The move came with high expectations and stiff discipline.

“When I was a kid, I hated how strict they were,” Dueñas says. “Crazy curfews, barely any TV, strict with all the reading.”

The Dueñas girls learned their multiplication tables and cursive writing on a piece of blackboard their mother kept at home. Books checked out from their local library had to be read and returned in one week. Teachers at school were to be treated with as much respect as parents at home.

But school was still not easy for Dueñas. As an English language learner, she struggled with writing until a teacher in high school pulled her aside and tutored her privately for several weeks. That helped Dueñas go from getting failing grades to getting As. A scholarship to Barnard College at Columbia University soon followed.

Dueñas dropped out, though, after suffering a bout of depression. That’s when the parental discipline returned: Her mother told Dueñas that she needed to go back to school. So Dueñas enrolled in night classes at Hunter College at the City University of New York and worked as a secretary during the day to pay for them. Once she earned her degree, she returned to Brooklyn to teach in the neighborhood where she was raised.

“I very firmly believe that I have been given many blessings despite the barriers that I had to personally overcome, so I’m all about service,” Dueñas says. “I am here for others: It is my purpose, it is my blessing.”

Launching a New School in Louisville
Romance brought Dueñas to Louisville six years ago, but when that relationship ended, she found that she had fallen in love with Kentucky so she decided to stay. She taught at the Academy @ Shawnee High School in Louisville before becoming a special education teacher at Oldham County Middle School.

After nearly four years in Oldham County, Dueñas is moving back to Louisville this fall to take on a new challenge.

“I only came back to Jefferson County because of the DuBois Academy,” she says. “As soon as I heard that the board approved a school with an Afro-centric curriculum targeted to males of color, I said ‘that is my calling.’”

The W.E.B DuBois Academy will have an inaugural class of 157 sixth graders. It will eventually serve 450 sixth, seventh, and eighth graders who will be selected by an application process. Dueñas says as students move into higher grades, they will mentor younger students at the school.

Critics of the new academy claim the school is selecting only the best students. But Dueñas says out of the 157 boys in the inaugural class, 22 of them have some kind of physical impairment or behavioral disorder.

“I’m curious to see how they change once they come into our school and have a curriculum that represents them, says Dueñas, “because I wonder, for some of our emotional behavior disorder students, do they really have a behavior disorder, or was their school not meeting their needs?”

School starts this Wednesday, but academy students, known as “young lions,” already gathered for a special ceremony last week where they received sports jackets and ties with the school logo and colors. NBA star and former University of Kentucky standout Rajon Rondo, who is a Louisville native, paid for the uniforms and presented them to the students.

Helping Students Feel Safe
Dueñas says her first days in the classroom will focus not on schoolwork but on building relationships. She says it’s critical for her to get to know each of her students and their unique needs, and for them to begin to connect with her.

“A child will not learn in an environment that they do not feel safe in,” Dueñas says. “That’s the focus of my classroom, always has been, always will be.”

That doesn’t mean anything goes in her classes. While Dueñas doesn’t raise her voice, unless a child’s safety is at risk, she’s found other ways to maintain discipline among her youngsters.

“Any student who’s ever been in my classroom knows what my death stare looks like – and I’ve got a good one,” Dueñas says with a laugh.

While she expects the parents of her DuBois Academy students to be involved with their children’s education, Dueñas says she understands if they’re not. She says her parents never attended parent-teacher conferences when she was a child because they were too busy working to provide for their immigrant family.

“When I see the parents who are not present, I’m not judging them,” she says. “I’m working with the students in my classroom. Once they come in my door, they’re mine, and then if the parents can collaborate, great.”

Even though they may not have been present for school meetings, Dueñas credits her parents for their love, discipline, and sacrifice that helped her and her sister succeed in life.

“Now that I’m an adult and I’ve risen above all the barriers that were in that community I grew up in, I’m really grateful for everything that they did,” says Dueñas. “We accomplished what my parents came here for: I am educated, I am independent, I have a career. That’s exactly what my mother and father wanted.” 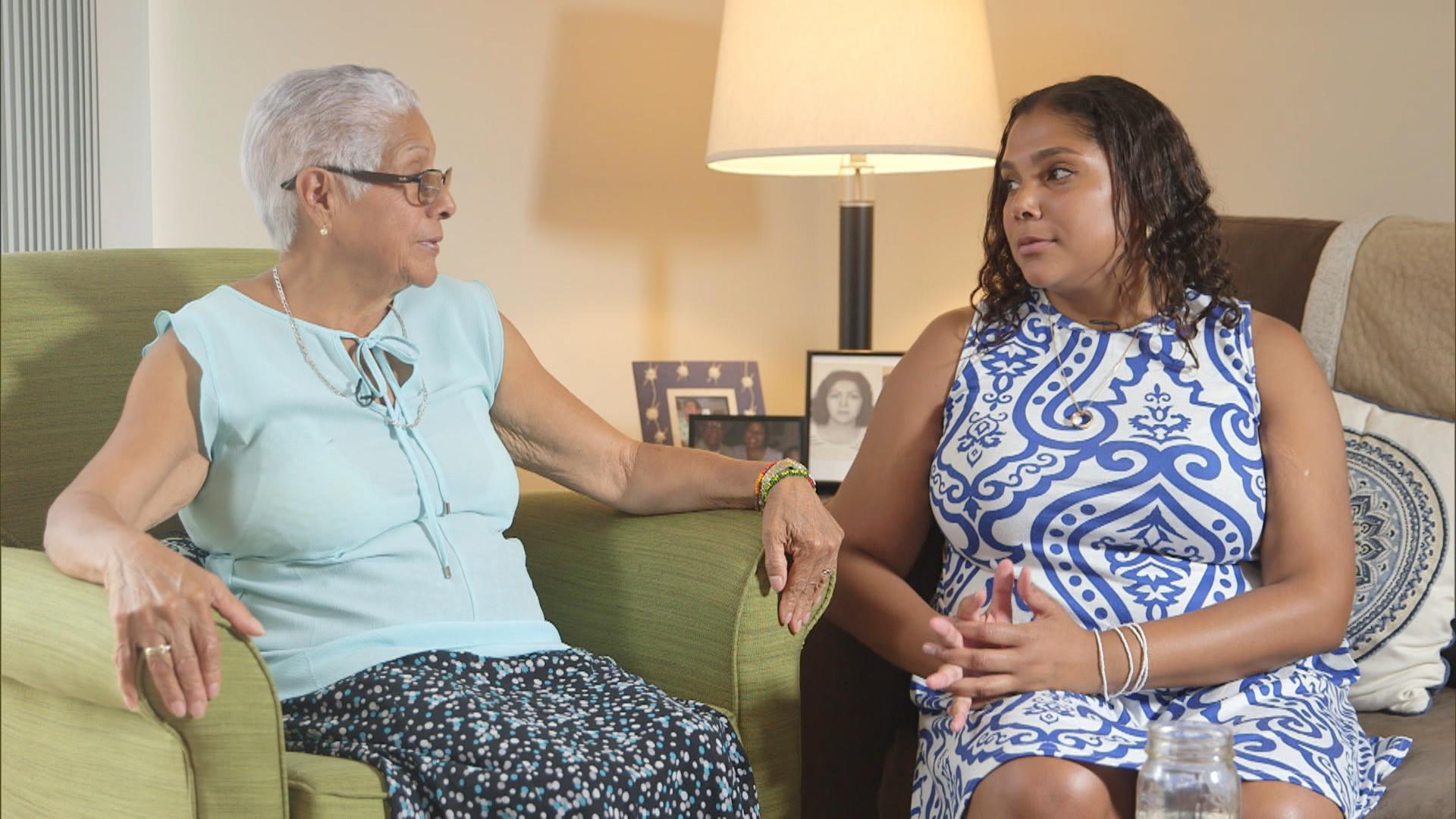