Renee Shaw sits down with Lexington Mayor Linda Gorton to discuss the plans she has for her second term.
Season 18 Episode 14 Length 27:31 Premiere: 01/08/23

When Linda Gorton won her first term as mayor Lexington in 2018, she garnered 63 percent of the vote.

When it came time to seek reelection last year, Gorton wasn’t certain how she would fare with voters. The nurse-turned-politician who previously served 16 years on the Lexington-Fayette Urban County Council had guided the city through a budget crisis, the COVID-19 pandemic, racial justice protests, and a record number of homicides.

Despite these challenges, Gorton won a second term with a whopping 71 percent of the vote. She says it’s a great honor that her constituents have placed that level of trust in her leadership.

“I had hoped I would do well, I didn’t really expect that well,” says Gorton. “I’ve been around a while so a lot of people know me, and they know how I operate, and what I do, and where my focus is.”

Gorton credits her senior leadership team and community stakeholders for helping her navigate the myriad of issues that the COVID-19 pandemic brought, from school and business closings to maintaining essential public services during a time of incredible uncertainty. Given the historic nature of the pandemic, she says there was no one they could call for advice.

“We had to write the playbook,” says Gorton.

Kentucky’s second-largest city was already dealing with a budget shortfall that required significant cuts in 2019. The financial problems got even worse in 2020. Now Gorton says Lexington is still dealing with after-effects of the pandemic.

“The economy was like a roller coaster – it was terrible,” the mayor says. “Thank goodness for federal [relief] funds because they saved cities.”

Despite COVID lockdowns, the streets of Lexington, like many other cities, erupted in the summer of 2020 with protests against the police-involved killings of George Floyd in Minneapolis and Breonna Taylor in Louisville.

“For me that was real a-ha moment,” says Gorton. “It was a cry for help and for change.”

In response to the public outcry, Gorton created a Commission for Racial Justice and Equality to recommend ways to address systemic racism in Fayette County. Through a series of virtual meetings and town-hall forums, the 70-member commission studied issues ranging from housing and education to health care and policing. Gorton says about half of the commission’s 54 recommendations have been implemented so far.

The city has also launched a community violence intervention program to address violent crime in Fayette County. Gorton says overall crime dropped 2 percent from 2021 to 2022, but she says homicides have increased.

“If we don’t look at the root causes and try to intervene in those, we will never make progress,” she says.

“For someone in jail who was on a certain path that took them there, if there’s nothing in terms of intervention, when they get released from jail, more than likely they’re going right back to the same path,” says the mayor. “We want to interrupt that.”

Domestic violence prevention is another critical component. Gorton says 13 of the homicides that occurred in 2022 were directly related to domestic violence, which she says has been on the increase since COVID.

“We’ve launched the first phase of a new campaign to educate people on domestic violence,” says the mayor. “Anyone who’s in fear of their life or even just afraid of their partner can call 311 and get help.”

Another effort to address crime in Lexington involves the placement of 25 surveillance cameras throughout the community. Instead of targeting people who jaywalk, speed, or run red lights, Gorton says the automated devices record vehicle license plates and submit the images to a national crime database.

“The data we’re getting we’re stunning,” she says. “It’s a tool that’s helping us find people who are committing crimes, and they’re not lightweight crimes. [It’s] murder suspects, missing persons, violent crimes, stolen vehicles. It’s all of that and more.”

City officials did not disclose the locations of the cameras installed in the pilot phase of the Lexington project. Gorton says they didn’t want criminals to know what streets to avoid. But she says they will release a map of the original locations plus those of 75 additional cameras that will be installed soon.

“They are not only in communities of color, they are widely dispersed,” Gorton says. “They are in places where the community has called in to report crime.”

“I personally think that they will be very successful in helping our officers.” she adds.

The mayor says all of these efforts have helped put the city on a better path to improving policing and public safety, while also helping people avoid resorting to crime and violence.

“It’s not by any means perfect, no city has it down perfect,” says Gorton. “But we’re making progress. That’s what is important.”

Beyond her daily duties, the mayor says she has several big dreams she aspires to achieve during her second term in office. Those include moving ahead on plans for a new city hall, addressing carbon emissions, landing a professional sports team, and celebrating the city’s 250th birthday in 2025.

Renee Shaw talks with Whitney Austin, who narrowly survived a shooting at a Cincinnati bank three years ago. Now, she's the founder of Whitney/Strong, an organization dedicated to forging common-sense, bipartisan solutions to reducing gun violence.

After more than three decades in the newspaper industry, Rufus Friday talks about his new role as executive director of The Hope Center, Inc. and One Parent Scholar House, which provides comprehensive services to the homeless and those at risk. Friday is a former president and publisher of the Lexington Herald-Leader.

Renee Shaw speaks with hip hop artist, community activist, and motivational speaker Devine Carama about his appointment as director of One Lexington, a program that mobilizes city government and community resources against violence and other topics. 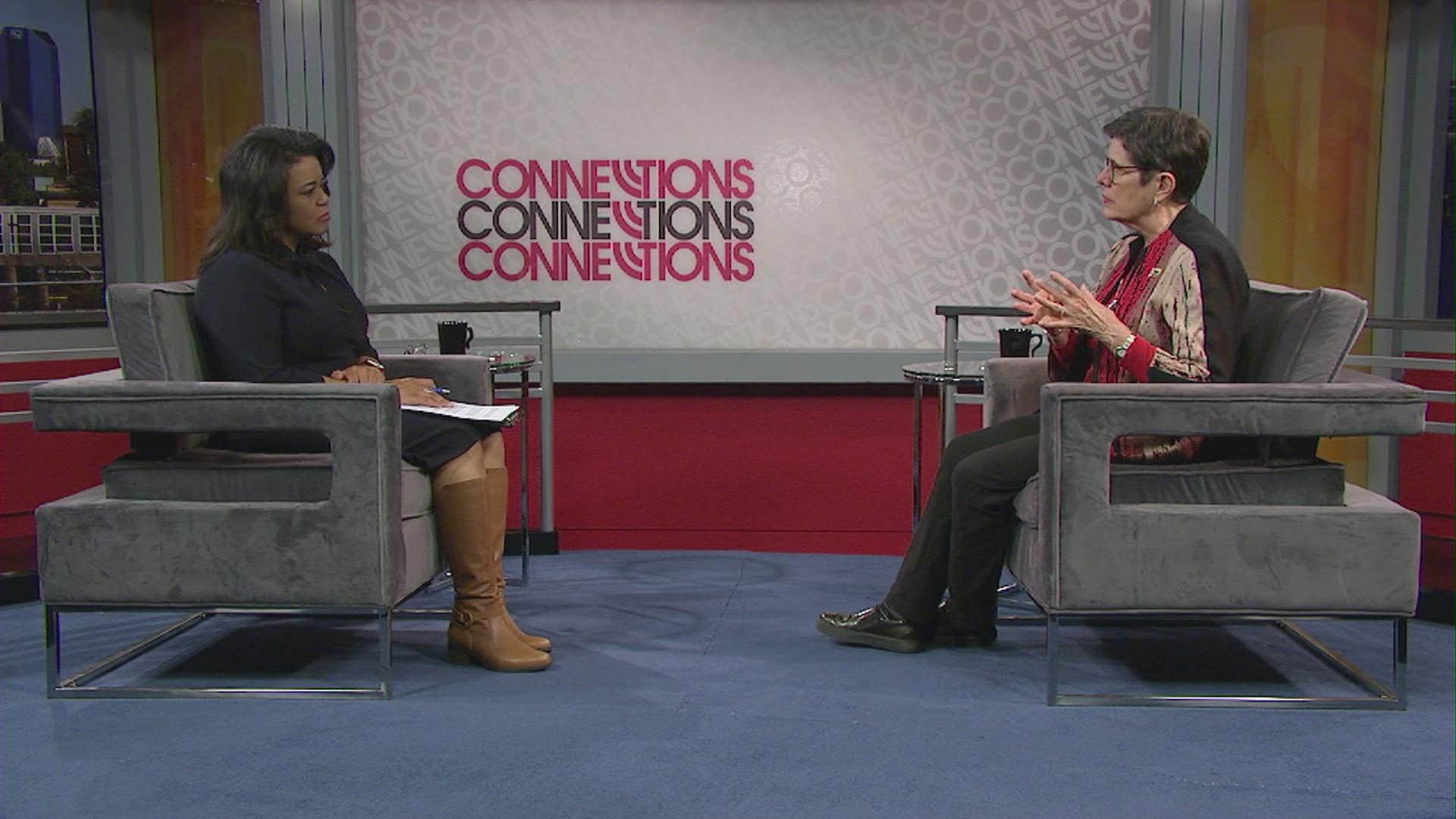