Doris Kearns Goodwin On the Essential Qualities of Presidential Leadership

“I think what drove me to want to write this book…was the feeling that something was broken in Washington, and we needed to figure out what genuine leadership was,” says Goodwin.

How Crisis Builds Leaders
Goodwin says that one thing all four leaders had in common was that they led the country through times of crisis.

“A challenge faced each one of them that required the leadership to mobilize the common energies of the people toward a cause, hopefully, that would be a greater good,” she says.

“You’ve got Lincoln having to mobilize people to win the Civil War and to end slavery,” Goodwin says. “You have Teddy Roosevelt coming in when the Industrial Revolution had shaken up the economy even more than globalization and the tech revolution have today, when the working class was feeling set off from the capitalists, when there was a feeling that there might be a revolution coming. There’s a gap between the rich and the poor.

“Of course, Franklin D. Roosevelt coming in at the height of the Depression when he wasn’t even sure that the house of cards would not collapse before he even became president,” Goodwin continues. “And Johnson coming in with the assassination of John F. Kennedy and the worry that, is there a conspiracy, as we’re watching in real time the killing of Kennedy and then of Lee Harvey Oswald. So that’s the definition of turbulent times, and it is usually a time, as Abigail Adams said, when great necessities create great virtues.”

Lincoln’s Ambition
Goodwin refers to writing about Abraham Lincoln as “the Moby Dick for historians.” She had examined his presidency in her earlier work, “Team of Rivals.”

As a child, Lincoln loved reading and learning, but his father saw no use for it on the farm and took his books away, Goodwin says. But he had an innate ambition to leave his quiet rural upbringing and to be involved in politics.

“There was something about that generation of the Founding Fathers and the revolution that was still in the land,” says Goodwin. “[They] wanted to be part of the government. So [Lincoln] runs and his statement is amazing. He says, ‘Everyone has his peculiar ambition. Mine is to be esteemed of by my fellow man and to be worthy of that esteem…I don’t have popular relations to recommend me. I probably won’t win, but I’ve been so familiar with disappointment I won’t be very much chagrined.’ But then he says, ‘But I warn you, if I don’t win, I’m going to try again. In fact, I’m going to try five or six times until I’ll be so disgraced and then I promise I’ll never try again.’”

Later, Lincoln would have to put his personal political ambitions behind in order to further the cause of emancipation. Goodwin explains that at the beginning of the Civil War, most Northerners believed they were fighting to maintain the Union, not free enslaved people.

“There was no way he thought he could [emancipate enslaved people] as president. He didn’t have that power,” says Goodwin. “But the war was going so badly and he saw that the slaves where helping the Southern part of the cause. They were Teamsters, they were working, they were chefs, and they were keeping the plantations at home, so he realizes as commander in chief that out of war necessity he could emancipate the slaves….There was a lot of blowback to it. He lost the midterm elections that year.”

Lincoln was warned by his party that he would lose re-election if he continued the cause of emancipation instead of starting peace talks to reunite the country.

“He turns them away without a moment,” says Goodwin. “He said, ‘I would be damned in hell and eternity if I turned my back on the black warriors.’ That was real courage. He put the interests of the country above his own political interests. He wanted to be re-elected…and yet he was willing to sacrifice it in order to keep emancipation.”

Fellow Feeling
Teddy Roosevelt admitted that he didn’t get started in politics to help people. He simply thought it would be an adventure, according to Goodwin. But as he learned more about what was going on in the country, his motivations changed.

“He gets into the state legislature, and he begins to see things that he would never normally see in his privileged background,” says Goodwin. “He saw decrepit tenements. He saw child labor. And eventually as police commissioner in New York, he sees the slums in the middle of the night. He becomes a soldier in the Army and he’s with fellow soldiers, so he develops empathy.

“I think it’s one of the most important qualities in all these leaders. He calls it ‘fellow feeling.’ At first you may feel a little self-conscious when you go into a tenement. You want to make it better. After a while you feel, this is what I’m supposed to do. Then he became somebody who cared about the greater good even though it was more slowly developed.”

Contagious Optimism
Franklin D. Roosevelt wasn’t a natural leader. He was recruited to run for the New York state legislature by the Duchess County Democratic Party. Once on the campaign trail, he started to find his voice and his calling. But according to Goodwin, his experience with polio gave him new leadership qualities.

“Once the polio happened, it allowed him to connect to other people to whom fate had also dealt an unkind hand so that he was much more empathetic,” says Goodwin “He was the perfect person to be the leader when the Depression happens, and the country is paralyzed.

“When he’s at Warm Springs, he realizes it’s not just that his fellow patients need to learn how to exercise their arms and legs,” says Goodwin. “They have to feel joy and pleasure in life once again. So he has wheelchair dances. He plays water polo, and tag. He has cocktail parties at night. He said he’d changed their feeling that they could lead a good life despite being paralyzed. That contagious optimism, he brought to his presidency.”

Cooperation for Civil Rights
Lyndon B. Johnson is remembered for his part in the escalating conflict in Vietnam. Goodwin says that he was never comfortable with foreign policy, and put his trust in his aides to guide the decisions in the direction of the war.

“He’d traveled it as vice president, but he didn’t have a sense of world ideology, of what they were fighting for,” says Goodwin. “And it’s a terrible legacy that was cut in two by the war and he knew that… In those last years he just kept saying, ‘I hope someday maybe they’ll remember what I did for civil rights,’ because he knew it was overshadowed by the war.”

But Johnson’s leadership inside the government on civil rights remains an important part of his legacy. Goodwin says that in the mid-20th century, the president and members of Congress spent more time together socially, and Johnson was able to leverage his connections to advance civil rights. His relationship with Senate Minority Leader Everett Dirksen was key.

“He says, ‘Everett, if you come with me on this bill and you bring Republicans to help break the Democratic filibuster, 200 years from now, schoolchildren will know only two names: Abraham Lincoln and Everett Dirksen,’” Goodwin says. “How can Dirksen resist? And then that bill passes and changes the face of the country.”

On How Citizens Create Change
Although the focus of her latest work is on leadership, Goodwin points out that no leader can affect great change without the support and work of regular citizens.

“I think it’s really important to know that America has weathered really difficult times before,” she says. “The citizens were active each one of those times. That’s the message for all of us.

“The anti-slavery movement, as Lincoln said, did it all. It wasn’t just his leadership,” Goodwin says. “It was the Progressive movement that underlay both Franklin D. Roosevelt and Teddy Roosevelt and the civil rights movement for Lyndon Johnson. It’s up to us to figure this out. We’ve done it before and I know we’re going to do it again…That’s my hope for the book, that when people read this they’ll feel perspective, they’ll feel hope, and they’ll feel if our ancestors went through these difficult times, our generation can do it, too.” 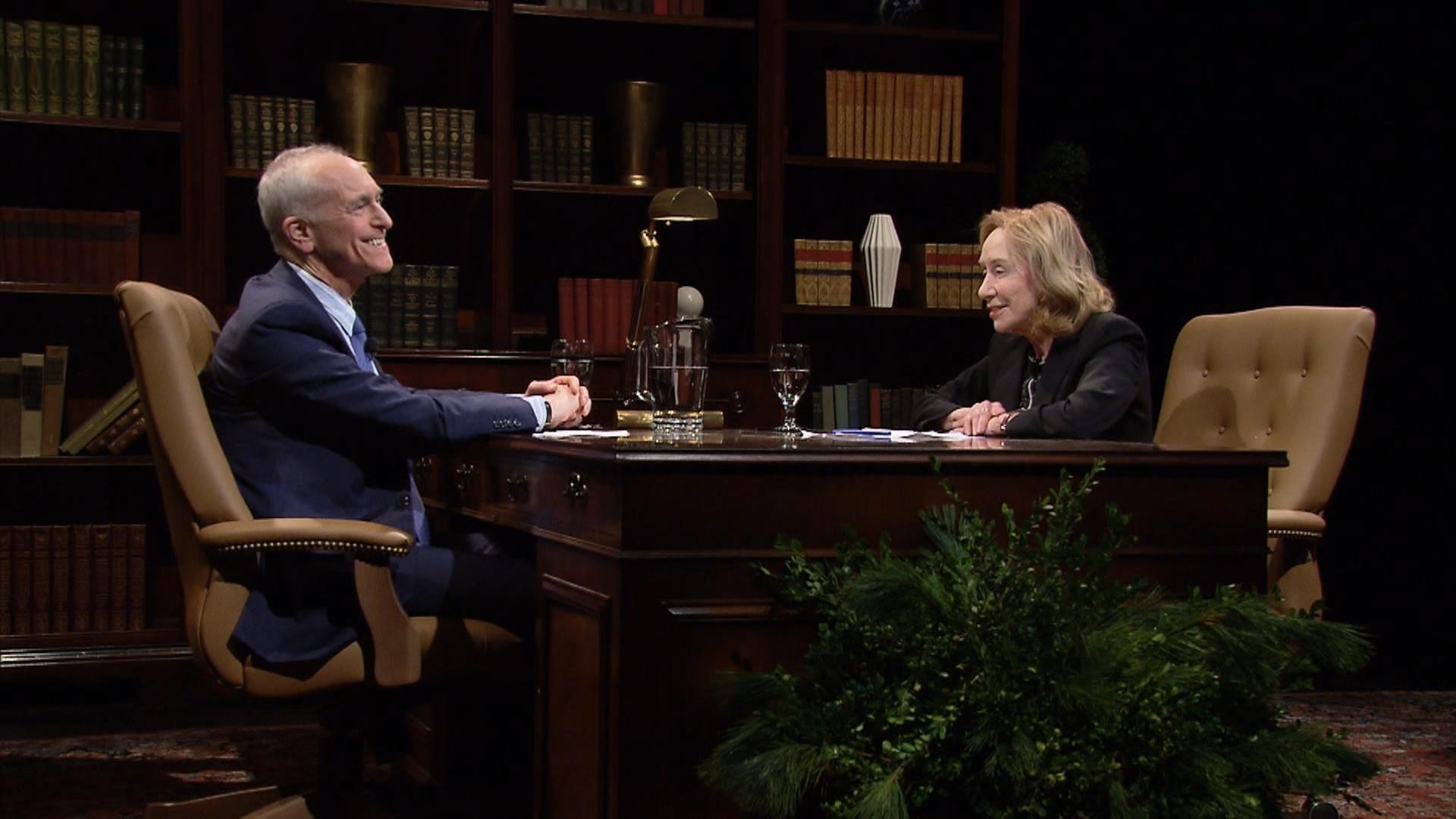