Malcolm Nance on Cybersecurity and the 2016 Election

It has all the trappings of a Cold War thriller by John le Carré or Tom Clancy: intrigue and espionage, disinformation and propaganda, plot twists, and uncertain endings.

Except it all appears to be true — at least what we know of the story so far. Russian intelligence operatives appear to have tried to disrupt a critical American election. What remains to be revealed: what are the Russian’s ultimate goals, and were any Americans directly or indirectly involved in their efforts.

U.S. Navy veteran and counterterrorism intelligence expert Malcolm Nance is one of many people trying to sort out exactly what happened and what the Russians may be up to next. He is the author of “The Plot to Hack America: How Putin’s Cyberspies and WikiLeaks Tried to Steal the 2016 Election.” Nance appeared on KET’s Great Conversations, where he was interviewed by Ned Price, spokesperson for the organization National Security Action and a former Special Assistant to President Barack Obama. Their conversation was recorded on April 5, 2018, at the Kentucky Author Forum in Louisville.

In late July 2016, just days before Democrats gathered in Philadelphia for their national convention, the website WikiLeaks released thousands of emails and files that had been stolen from Democratic National Committee computers.

The information revealed in that document dump resulted in chaos and division within the party that hoped to maintain their control of the White House. Supporters of candidate Vermont Sen. Bernie Sanders protested what they felt was unfair treatment by party officials aligned with candidate and former U.S. Secretary of State Hillary Clinton. That furor led Florida Congresswoman Debbie Wasserman Schultz to submit her resignation as DNC Chair.

While many Democrats blamed WikiLeaks, intelligence analysts, including Nance, believed something bigger was afoot. He shared his theory on MSNBC.

“I said, yes, I think the United States is under attack in a very large scale, broad cyberwarfare operation being carried out by Russian intelligence.”

False Flags Point to a Wider Plot
Nance comes from a military family. His great-great grandfather fought with a unit of black troops during the Civil War. His grandfather and father were also U.S. war veterans. Nance followed in their footsteps, serving in the Navy for 20 years, where he reviewed foreign communications as a cryptologic linguist.

Now an author and intelligence analyst, Nance was researching a book about computer hacking efforts by the militant Islamist group ISIS when he stumbled on something unexpected. Two hacking incidents in Europe that were initially attributed to ISIS seemed far too sophisticated to have been conducted by that organization’s rudimentary cyber army.

Further examination by intelligence experts determined these particular hacks were so-called “false flag” operations — when a hacking group hides its true identity by masquerading as someone else.

Nance says the European hacks in question were actually done by a Russian cyber espionage group known as Fancy Bear. Fancy Bear and a companion hacker collective called Cozy Bear have been implicated in a number of cyber attacks on NATO offices as well as the White House and the Pentagon, according to Nance.

And, he says, it was Fancy Bear and Cozy Bear that hacked the Democratic National Committee, stealing tens of thousands of emails and other private data.

“What we essentially had by the Russians was them executing Watergate,” says Nance, referencing the 1972 burglary of DNC headquarters that was engineered by President Richard Nixon’s reelection campaign.

Now that Russian operatives had incriminating emails, it had to disseminate them. Nance says that was the work of an online persona known as Guccifer 2.0, who is also believed to be part of Russian hacking operations. Within a month, Guccifer 2.0 funneled terabytes worth of data to WikiLeaks, much of which the website released just in time to disrupt the 2016 Democratic National Convention.

“The operation was to split the Democratic Party,” Nance says, “and they did it.”

Shifting the World’s Political Axis
So why did Russia want to disrupt an American presidential election?

Nance says the roots of the plot go back to the dissolution of the Soviet Union in late 1991. When Communism fell, capitalism swept in to replace it. Former Soviet assets were sold off for cash. Those proceeds, coupled with new Russian oil money, enriched the Russian government, oligarchs with ties to the state, and the Russian intelligence apparatus, which Nance describes as previously having been “threadbare” with virtually no computing power.

At the same time, a former KGB officer named Vladimir Putin was rising through the political ranks. Nance says Putin also benefited from the new capitalism, potentially amassing a personal fortune worth as much as $200 billion. With his rising political influence, his intelligence background, and his old KGB (now FSB, the new Russian state security agency) connections, Putin began to put his mark on the Kremlin.

“He views the officers of his intelligence agency as the new nobility of Russia,” says Nance. “He views them as the top informants and enforcers of the nation. Every oligarch in Russia has a KGB or FSB officer on staff.”

Putin’s grip on Russian politics deepened when he became president in 2000. Nance says Putin could have emulated Czar Peter the Great, who ruled from 1682 – 1725 and worked to modernize Russia and make it more open to the west. Or Putin could follow Czar Nicholas I (1825 – 1855), who favored nationalism and an autocratic government.

President Putin chose Nicholas’ example, and turned his country hard to the right, Nance says. Then Putin set a course to influence the rest of the world to do the same.

“They view that Moscow should be leading a global conservative tidal wave that will remove all of that intrusive democracy,” he says.

Putin’s long-term goal, according to Nance, is to use democratic ideals to dismantle democracy itself, and shift the axis of economic and political power from Washington, D.C., and western Europe to Moscow. Nance says, in some ways, that’s already happening.

“There are people in this country who believe that Russia is the center of global conservatism,” he says, “and that they are a shining star in how conservatism should be led, and that the American conservative movement should align itself with them.”

Beyond sowing social media disinformation, other more direct connections may be developing between hard-right factions in the U.S. and Putin-inspired groups in Europe. For example, Nance says an alt-right organization in Germany claims to have helped organize the white nationalist protest in Charlottesville, Va., last year.

But to further boost Russian power on the international stage, Nance says he believes Putin sought to execute an even more audacious plan.

“They are reengineering the west… so that they support Moscow first,” Nance says. “Donald Trump, I believe, was a very broad-scale experiment in getting a sympathetic American president who would assist in that,” he adds.

Finding the New Benedict Arnold
Whether that actually occurred is the subject of a number of ongoing investigations, including the one Special Counsel Robert Mueller is leading.

“This is the single most serious investigation in the history of the United States,” Nance says. “This makes Watergate pale in comparison… ”

What American intelligence officials do already agree on is that Russia meddled with the 2016 election, using what Nance describes as an “old-school KGB operation” deployed on modern platforms.

Nance says one thing investigators want to find is the “bridge” that connects Russian operatives to American citizens who wittingly or unwittingly assisted Putin’s plot.

“I think that when this gets all played out, you’re going to find out that someone is going to give Benedict Arnold a run for [his] money,” he says. 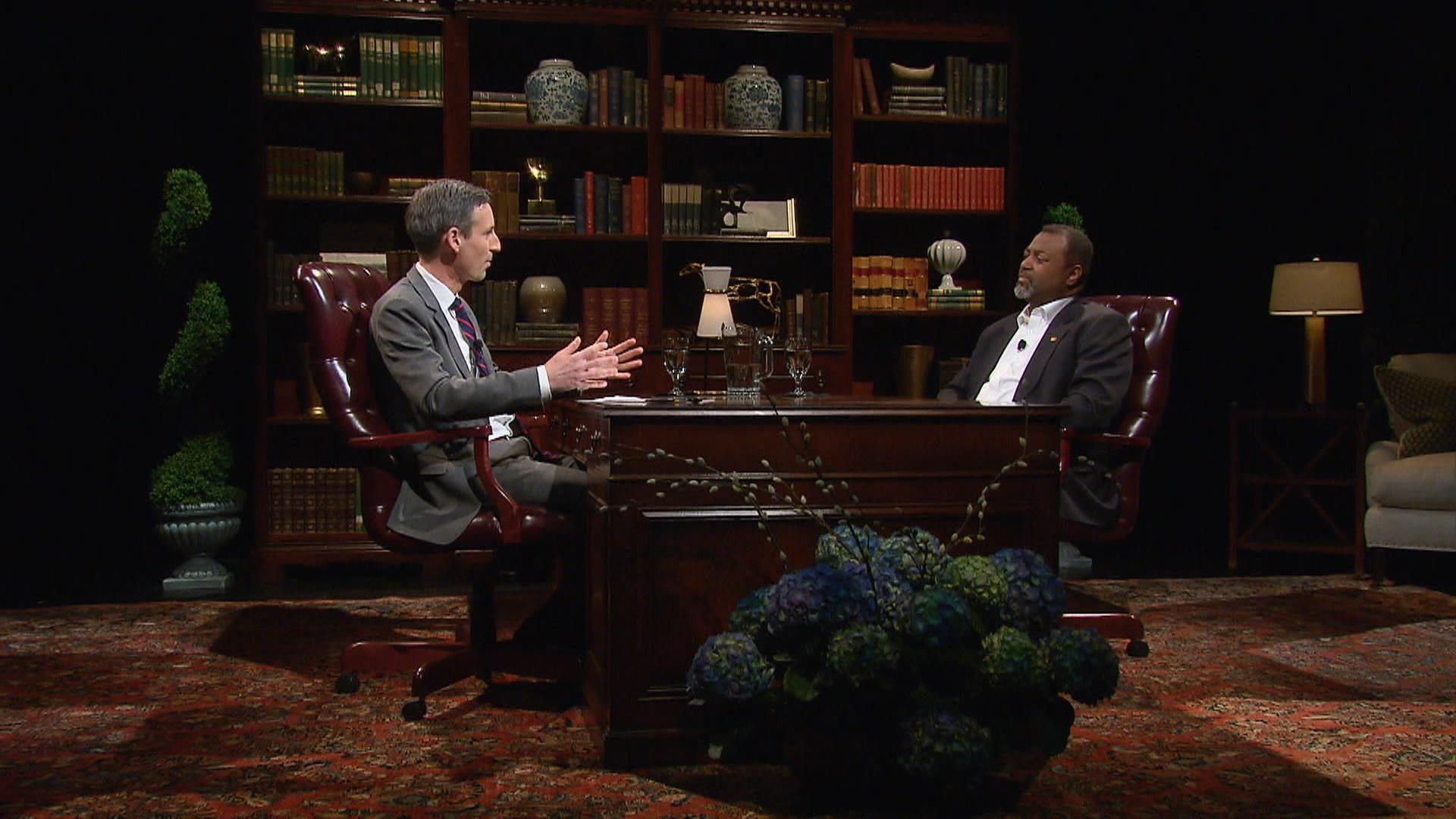