The influential contemporary bluegrass group Blue Highway performs at the 2013 Festival of the Bluegrass at the Kentucky Horse Park.
S18 E5 Length 58:53 Premiere: 7.7.14

Contemporary and influential bluegrass band Blue Highway knows a thing or two about staying power. The quintet celebrated 20 years together in early 2014 – a duration virtually unrivaled in the bluegrass genre.

Corralled in 1994 by guitarist and vocalist Tim Stafford after leaving Alison Krauss & Union Station, the band has gone on to record 11 studio albums – 2005’s “Marbletown” received a Grammy nomination for Best Bluegrass Album and “Wondrous Love,” released in 2004, was nominated for Best Southern, Country or Bluegrass Gospel Album. In 2014, the band released “The Game.”

Joining Stafford on stage at this performance at the 2013 Festival of the Bluegrass in Lexington, Ky. (and anywhere else), are multiinstumentalists Jason Burleson and Shawn Lane, bassist Wayne Taylor, and highly decorated dobro player Rob Ickes – who, with 13 nods as Dobro Player of the Year by the International Bluegrass Music Associaiton, is the most awarded instrumentalist in the history of the IBMA Awards. In 2012, Blue Highway was recognized as Vocal Group of the Year by the IBMA.

Though the band loves performing classic bluegrass hits, Blue Highway has made a name for itself crafting relevant songs in the genre that inject their own talents into the music without betraying what fans have come to expect from quintessential bluegrass sounds. All the members contribute to the songwriting process (with Ickes and Burleson penning the sensational instrumentals), in a manner they call “the democracy of the band.” 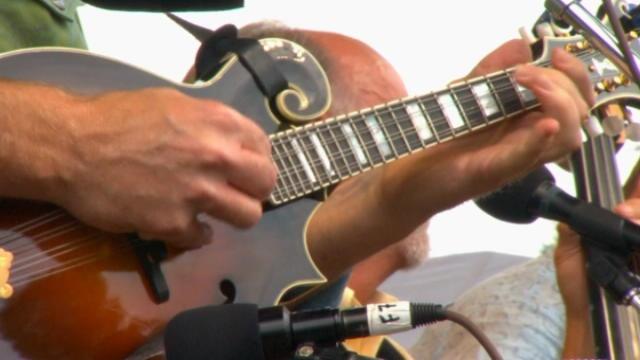