Fast-rising bluegrass sensations The Boxcars perform their fresh take on traditional bluegrass at the 2013 Festival of the Bluegrass at the Kentucky Horse Park.
S18 E3 Length 57:18 Premiere: 6.23.14

Fortunately for bluegrass fans, The Seldom Scene has abandoned their original creed of playing few shows and sticking close to their Bethesda, Maryland, home (hence the name). The band rose to popularity in the early ‘70s and continues to shine despite a number of lineup changes through the decades.

Today, The Seldom Scene is led by the sole remaining original member, banjo player Ben Eldridge, but he is joined by guitarist Dudley Connell, who has been with the band since the mid-’90s, and mandolin player Lou Reid, a returning former member. Rounding out the current lineup is dobro player Fred Travers and bassist Ronnie Simpkins. Eldridge’s son, Chris, sometimes sits in with the group, when he’s not touring with Chris Thile’s Punch Brothers.

With a catalog of songs from dozens of studio albums, The Seldom Scene has ample material to pull from when out on tour. In April 2014, the band released “Long Time … Seldom Scene,” which included a track performed with Emmylou Harris. Their 2007 album “Scenechronized” was nominated for a Grammy.

Here the band performs fan favorites at the 2013 Festival of the Bluegrass at the Kentucky Horse Park. 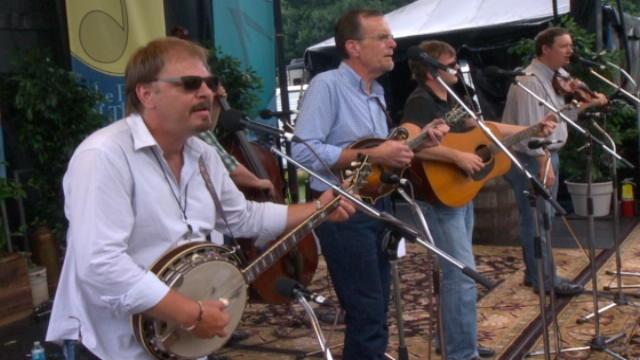