Adult Orthodonture: More Than Wire to a Beautiful Smile

For decades, wearing braces was considered a rite of passage during the awkward days of adolescence, where wire tracks, headgear, and retainers all played their roles in fixing the misaligned teeth of teenagers as they made their way through the forbidding social environments of middle school, high school and beyond.

These days, getting orthodontic work done is far less stressful and obtrusive, and more and more often, adults are taking a “better late than never” approach in fixing oral problems that were not addressed during their youth. In this week’s Kentucky Health, host Dr. Wayne Tuckson talks with two Louisville orthodontists about advances in adult orthodontics, and the best options available for patients with specific needs.

Drs. Chris Mattingly, DMD, MS, and Hannah Oliver, DMD, MS, both practice with Mattingly and Howell Orthodontics, serving Jefferson, Nelson, and Marion counties. Mattingly defines orthodontics as the coordinated movement of teeth in order to improve alignment. He says that problems in alignment may occur in the jawbone or with the teeth, or both, and that orthodontics may be performed for both cosmetic reasons and to improve bite function.

Functional problems can arise when a person’s teeth don’t bite correctly, and they may exacerbate over time. “I often use the analogy of teeth in a gear,” Mattingly says. “If the teeth match up correctly, the gear will run smoothly. If the teeth and the gear sit on top of each other, the gear is going to come to a grinding halt. Well, it doesn’t happen that quickly [with human teeth], but over time, if back teeth sit on top of each other, they are much more prone to wearing down, [leading to] fracturing, and loss of teeth. The bone that supports the teeth over time starts to break down when the bite’s not correct.”

Mattingly says that some people can live their entire lives with improper bites and have normal function, but that misaligned bites make them more prone to long-term issues such as temporomandibular joint (TMJ)  syndrome or disorder. This is a disorder of the joint that connects the lower jaw to the skull, and can lead to pain in various areas of the head and neck.

The causes of misaligned teeth are mainly genetic, Oliver says. Children’s repetitive behavior such as thumb sucking or excessive pacifier use can lead to problems later, as can injuries. Oliver and Mattingly say that most patients with misaligned teeth have difficulty practicing good oral hygiene. This can lead to tooth decay, periodontal inflammation, and a host of other problems that could impact other areas of the body.

The Mechanics of Moving Teeth
Oliver says that orthodontists must study for two or three years following four years of dental school to get certification. They spend their time studying the various jaw types and teeth structures that are common in oral alignment problems, and also the best techniques for moving teeth to correct these problems.

Mattingly and Oliver both say that teeth are more malleable than most people think. The root of each tooth is attached to the jawbone via thousands of microscopic ligaments, Mattingly says. These allow the tooth to have mobility, and it is the orthodontist’s task to direct an improperly placed tooth to its correct position.

Whether using braces or the relatively new clear aligner products such as Invisalign (which both Mattingly and Oliver endorse), the orthodontist slowly forces the tooth into its new position. As the tooth moves, pressure is applied to the ligaments in the gum tissue around the tooth, and this pressure enables bone formations to both grow and dissipate. As the tooth moves, new bone is formed behind it to create the stability that previously existed, but now in a different position.

Patience is required for successful treatment, as breaking down and creating new formations that maintain the healthy bone-root-ligament relationship is a gradual process. It does not take much force to move teeth, both Oliver and Mattingly note, but the force has to be consistently applied.

“It’s kind of counter-intuitive, but we’ve known as orthodontists for years that lighter forces move teeth better,” Mattingly says. “Heavy forces – like the old headgear – that didn’t move teeth at all, it moved the jaw. When you put a heavy force on teeth, they just lock in and won’t move. You’ve got to finesse the teeth, it [takes] lighter forces.”

Advances in Treatment Include the ‘Invisible’ Option
Mattingly says that he sees more adults come in for functional problems than for cosmetic reasons. Still, according to Oliver, most patients do not fully grasp the extent of their functional problems when they first meet with an orthodontist.

“They know that their teeth aren’t aligned the way they’d like them to be, [but] they don’t notice that their jaw sits back too far, or is out forward more than it should be, until you point it out and show them examples of how you want [their teeth] to fit,” she says.

Orthodontists consult with patients and determine the desired goal of treatment, and then devise a plan. Almost always, Mattingly and Oliver give patients the option of using traditional braces or Invisalign.

Oliver says that the creators of Invisalign have improved their product by leaps and bounds since it was introduced in the late 1990s. The product, a set of clear, almost invisible liners, is created according to specifications made during the early visits, once a treatment plan is agreed upon. A scan is made of the patient’s teeth and jaws and sent to the manufacturer, which then creates the set of liners, each slightly different, to be worn in sequence. They will gradually move the patient’s teeth into the desired position.

In addition to wearing an almost imperceptible mouth liner, patients who use Invisalign do not have to visit their orthodontists as often – every 10-12 weeks instead of six with braces – and are not faced with problems related to loose wires or brackets. They have no food restrictions and can remove the liner to eat and to brush and floss. However, Oliver stresses that Invisalign must be worn 22 out of 24 hours per day. She also says that many people still choose braces, either due to familiarity or for the option to wear colored wires or brackets.

On the program, Mattingly and Oliver presented nine slides, each depicting “before and after” photographs of patients with specific alignment problems. The slides show mainly adults who have problems including excessive crowding, wide spaces, overbites, underbites, and even open bites. Open bites are especially uncomfortable, and can lead to major long-term problems since patients cannot fully separate food when biting and place excessive force on their back teeth, which bear the brunt of each chew.

“Open bites in adults used to be very difficult [to treat] with braces,” Mattingly says. “For various mechanical reasons, the forces [used] with braces almost wanted to open the bites further once you put the braces on. Invisalign can control those mechanical forces better … and with open bites in adults, we have now have kind of moved to Invisalign as the standard of care.”

Sometimes, dental surgery is required in addition to braces or Invisalign. Oliver points to a slide featuring a patient with wide spaces between several front upper teeth that needed surgery in addition to their Invisalign treatment. She says that the surgeon clipped fibers in the periodontal muscle between the teeth, which had kept forcing the space to open back up. The surgery created a small scar that kept the teeth aligned closely together.

Mattingly also highlights another slide showing irregularly crowded upper teeth and observes that it is more difficult to expand an adult’s upper arch than it is a child’s. With adults, “the sutures that tie the bone together have closed, so there’s limits,” he says. “Sometimes, if an adult needs a tremendous amount of expansion, we can do it, but we also have to combine it with a jaw surgery procedure that allows us to expand that bone.”

Both orthodontists emphasize that once a patient finishes with braces or Invisalign liners, he or she is past only the first stage of treatment. The patient must then wear a fitted retainer for a specified period of time, which in some cases can last for years, or even for a lifetime. Teeth that have been moved are very susceptible to returning to their original position if left alone, Oliver says.

This diligence in following through is of utmost importance for patients who are having procedures done for purely cosmetic reasons, such as fixing a David Letterman- or Michael Strahan-esque gap between their front teeth. “I say all the time, spaces are easy to close, and hard to keep closed,” Mattingly notes. “So, I’ll caution a patient, ‘Do you really want to do this? It is a lifetime commitment to keep these spaces closed.” 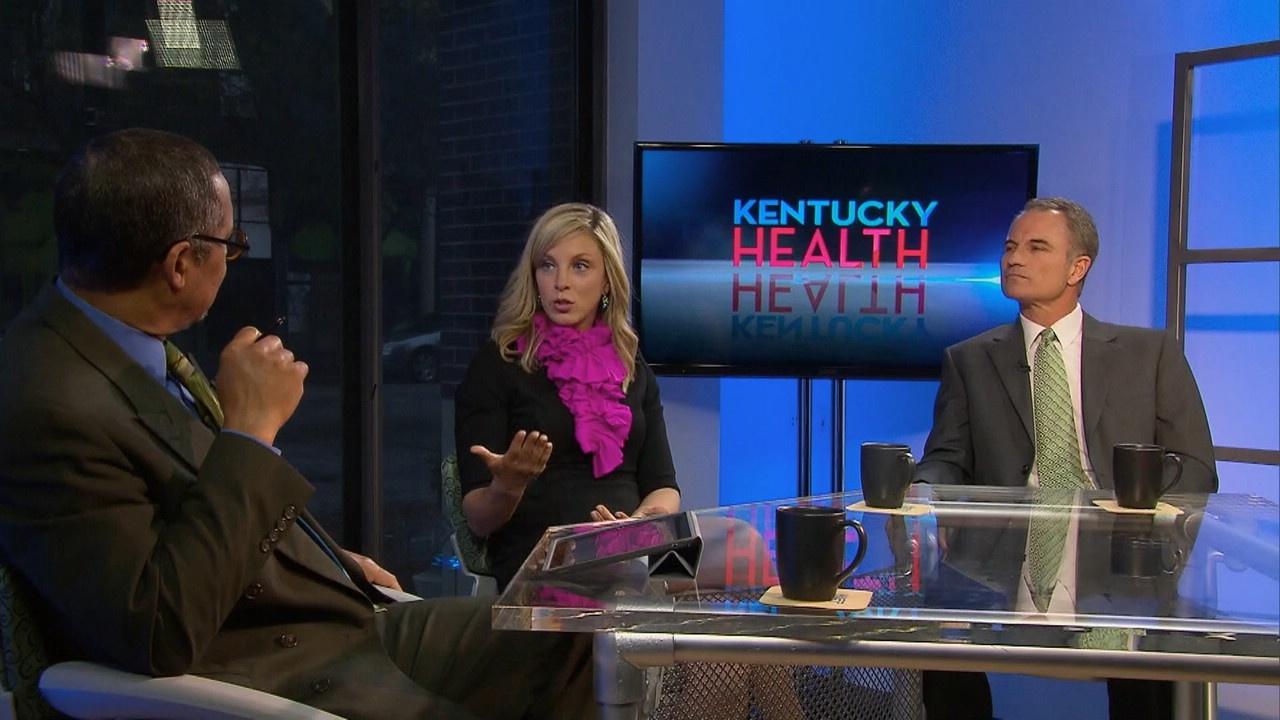