Medical advances have made pregnancy and childbirth far safer in the United States over the past century, but both maternal and infant mortality rates remain stubbornly high here compared with other developed nations. The prenatal health of the mother is perhaps the most important contributor to normal fetal development and a successful childbirth, and there are widely accepted tests and routines in place to help make sure these goals are met.

In this week’s Kentucky Health, Dr. Tuckson talks with Louisville OB-GYN Dr. Gabrielle Grundy about best practices for prenatal care and what prospective mothers should do to maintain their own health and their baby’s health leading up to delivery.

Preparing for a Momentous Life Event
Dr. Grundy, who earned her medical degree from the University of Louisville and did her residency in St. Louis in obstetrics and gynecology, practices with Total Woman in Louisville. She says that most pregnancies are normal, and that she makes it a point to set each patient on the right track during their initial meeting.

“The first prenatal visit can be a little bit long, because we’ve got a lot of stuff to cover,” Grundy says. “It’s largely just a conversation…. Just counseling about diet, exercise, vitamin supplementation. We talk a lot about expectations for the pregnancy, how frequent visits are going to be, [and] what we’re going to be doing at those visits. A lot of times, that first prenatal visit becomes an opportunity for us to get in some routine health maintenance as well.”

First on the checklist is folic acid. Grundy says that taking this B-vitamin supplement daily should be a constant during a woman’s reproductive years, especially considering that around 50 percent of all pregnancies in this country are unplanned. She says that the development of the fetus’s neural tube – which ultimately becomes the brain and spinal cord – occurs within eight weeks of gestation, and that folic acid helps to prevent defects during this process from the outset.

Grundy also checks blood pressure during the first visit, as a baseline to follow in subsequent months. This will help an OB-GYN look for the emergence of a serious condition called preeclampsia. Preeclampsia is high blood pressure that usually arises in the third trimester and is accompanied by a discharge of protein in the urine. The only way to alleviate preeclampsia is through delivery, and it is therefore important for the medical team to monitor blood pressure throughout a pregnancy to determine if they may need to induce preterm childbirth.

An initial blood test will check for anemia as well as infectious diseases such as HIV and hepatitis, Grundy says. OB-GYNs can reduce transmission rates of these diseases from mother to baby if they are detected early.

Healthy Habits for Moms-to-be
As pregnancy progresses, new tests are ordered, Grundy says. Ultrasounds may be popularly associated with determining the sex of the fetus, but for Grundy and her staff they are more important for giving a complete anatomical picture to help ensure that all organs are developing normally.

Grundy says that mothers can also request tests to determine their baby’s genetic predisposition to diseases such as Down syndrome. Genetic testing previously used to be conducted via amniocentesis, but Grundy says that in recent years the development of a new procedure called cell free fetal DNA has become more common. This is administered by drawing blood from the mother, extracting some of the fetus’s DNA from that blood, and then testing it.

Grundy says that all prospective mothers should maintain some dietary restrictions through the duration of pregnancy. They should stop eating lunch meat, monitor pasteurized cheese and milk intake, and should thoroughly wash fresh fruits and vegetables. This will reduce the chance of ingesting the listeria bacterium. They should also limit eating fish to two servings per week. While fish carry Omega-3 fatty acids, which are essential to an infant’s cognitive development, some species also carry high levels of mercury.

Recommendations for weight gain during pregnancy vary, and Grundy says “Usually the first thing I tell my patients, is that old wives’ tale of ‘You’re eating for two, you’re eating for three’ – put that out of your mind, because you’re going to gain way too much weight if you approach [pregnancy] with that mindset. How much weight you need to gain with pregnancy depends on what you weighed before.”
Generally, women who have a normal pre-pregnancy weight are expected to gain between 25 and 35 pounds during a full term, with about 10 pounds less expected of overweight or obese women and 10 more for those who are underweight.

Not surprisingly, Grundy strongly advises women against smoking before, during, and after pregnancy. Smoking has been linked to a higher risk of miscarriage, to an increase in pre-term childbirth, to growth restriction in the infant, and to increased risk of a condition called placental abruption. This occurs when the placenta tears away from the mother’s uterine wall before childbirth, depriving the fetus of essential nutrients.

Grundy has more encouraging advice for women regarding physical activity: They should maintain their prior exercise habits during pregnancy, even if they are at a high-fitness level. Work restrictions are likewise minimal, she says. As for sexual intercourse during pregnancy, Grundy says that in most cases normal activity is acceptable. If a woman has certain complications during pregnancy such as cervical issues or excessive bleeding, however, abstinence is advised.

What to Expect During Delivery
Visits to the OB-GYN will increase for women as their pregnancy enters the third trimester, Grundy says, up to once per week. Once labor begins, it is up to Grundy and her team to make sure both mother and child get through the arduous process in the best shape possible.

Giving birth by Caesarian section is a common practice in the U.S., and Grundy will recommend it if she expects the infant to be abnormally large (over 10 lbs. birthweight), if there’s evidence of distress during labor, or if a breech birth occurs (the infant begins to exit feet first).

“In general, we try to promote vaginal delivery, largely because [the mother’s] recovery is a lot easier,” Grundy says. “When I’m doing a C-section on a woman, I usually explain to them, ‘Yes, this is exciting, you’re having a baby, but tomorrow when you wake up, you’re also going to feel like you’ve had major surgery – because you just had major surgery. That’s something that people often forget.”

Grundy also says that women who give birth by C-section are at higher risk of complications if they attempt to have a vaginal childbirth in the future. This is primarily due to the uterine incision made during a C-section childbirth, which will be susceptible to stress and possible tearing during the labor contractions that occur during vaginal childbirth.

Women should expect a “huge hormonal shift” swiftly after childbirth, Grundy says, and a weight loss of over 20 pounds is not uncommon before they leave the hospital. In general, Grundy and Dr. Tuckson both agree that maintaining a healthy lifestyle in general will benefit women during all stages of a pregnancy, ensuring that they get off to a good start and finish up with a swift recovery and a healthy baby.

Gastroesophageal Reflux Disease, also known as GERD, is a painful but common condition caused by irritation in the lining of the esophagus. Dr. Tuckson talks with Jeff Allen, M.D., director of laparoscopic surgery at Norton Surgical Specialists, about surgical options for GERD.

Glaucoma and Cataracts: What's Clear and Are They Inevitable? 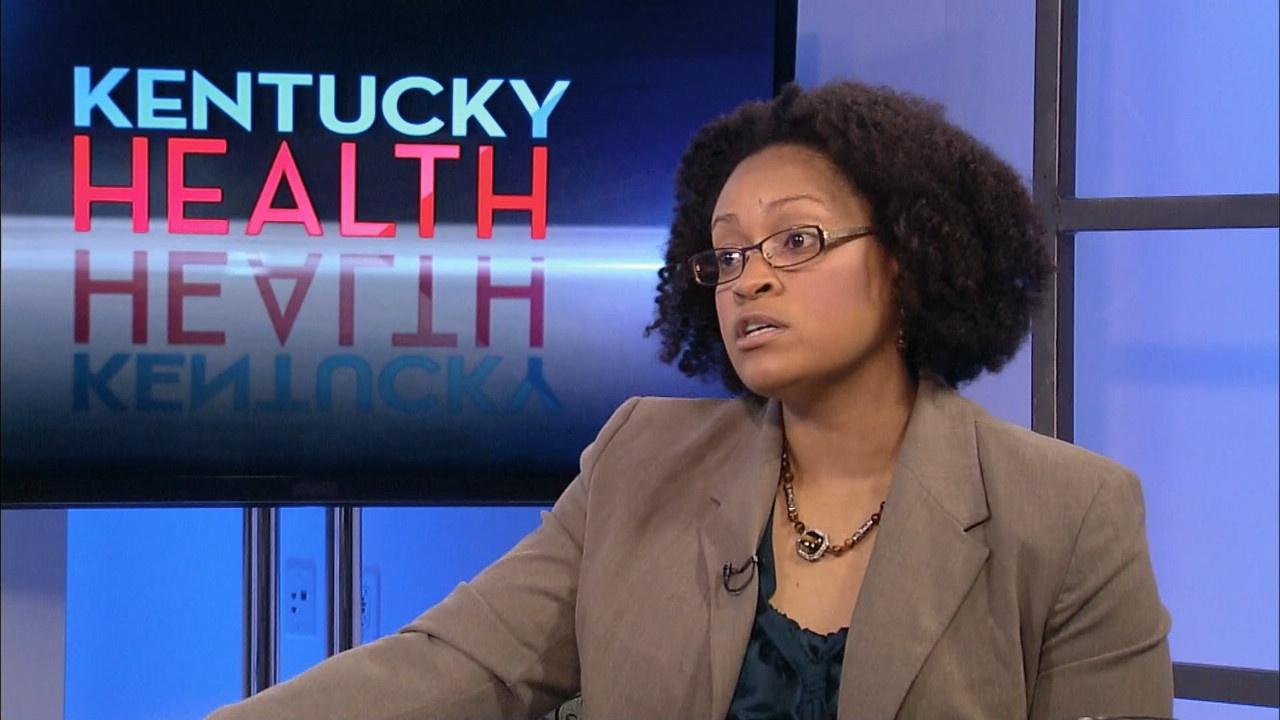