Treating malignant brain tumors is one of the most difficult tasks in the medical profession, as it requires a biopsy to start, often followed by complex treatment in the form of surgery, radiation, and/or chemotherapy that must be precise in order to save as much brain tissue as possible. On the positive side, advances in understanding the brain and the various forms of brain cancers over the past decades have made surgical outcomes better than ever before.

In this episode of Kentucky Health, host Dr. Wayne Tuckson welcomes a surgical oncologist and a neuro-oncologist from the University of Louisville to discuss the warning signs of a brain tumor, the steps to diagnosing a brain tumor, and methods of treating tumors. The discussion includes graphic slides of an actual brain tumor resection surgery.

Dr. Eric Burton is an associate professor in the department of neurology at the University of Louisville School of Medicine, specializing in neuro-oncology. Dr. Brian Williams is an assistant professor in the U of L department of neurosurgery, specializing in neurosurgical oncologic conditions. Burton and Williams work together with other doctors and medical staff as part of coordinated teams to diagnose and treat patients presenting with both benign and malignant brain tumors.

“There are three doctors who really participate in the care of patients with brain tumors,” Burton says: The surgeon, the radiation oncologist, and the neuro-oncologist. But you can think of me as sort of like a medical oncologist, except the only type of tumors or cancers I take care of are from the brain and spinal cord.”

Symptoms of Brain Tumors and Classification
“Overall, there’s about 18,000 primary brain tumors diagnosed each year – that’s tumors that are coming from the substance of the brain,” Williams says. “Those are less common than tumors that have come from elsewhere and have jumped to the brain. Those are about two to three times more common than the primary tumors themselves.”

Williams says that the most common organ of origin for cancers that metastasize to the brain depends on where you live and your gender, and he says that in Kentucky, “lung cancer is definitely the most common primary offender.”

Symptoms of a brain tumor are varied, and include recurring headaches, dizziness, nausea, loss of balance, and seizures. All of these can be attributed to other conditions – but persons should definitely see their primary care physician if they persist.

If a person gets recurring headaches and does not have a history of headache disorders such as migraines, then they should seek medical help soon as possible, especially if the headaches cause nausea and vomiting. “If it’s unusual for you, and doesn’t go away with normal sorts of treatments like Tylenol or ibuprofen or things like that…, and if it becomes worse over time instead of better, those are things that would be concerning,” Williams says. “Those are kind of red flag symptoms.”

Brain tumors can be either benign or malignant, and of course, both must be treated if they are found, says Burton. “With primary brain tumors, the difference between benign and malignant really has to do with the speed of growth,” he says. “We don’t cure primary brain tumors after a certain grade. It ranges from, basically people have tumors that can be completely removed – that’s considered cured, and they’re low grade and considered benign – and then we have patients with tumors that may be little more aggressive.” The ranking scale goes from 1 (low grade) to 4. Grades 2, 3, and 4 are predominantly malignant brain tumors.

“The highest grade, and most common type of tumor is called a glioblastoma,” Burton says. “That’s a very, very fast growing tumor.” Sen. John McCain (R-Arizona) was diagnosed with a glioblastoma last year. The study of elderly patients with glioblastoma is a particular research interest for Burton, and he says that regrettably, McCain’s long-term prognosis is poor due to both the aggressive growth of this cancer and to his advanced age.

Patients with a Grade 2 tumor that is slow growing can live for many years, Burton notes, but often times those tumors can transform into faster-growing, higher-grade tumors.

Once a tumor is diagnosed, its location in the brain is the main determining factor for how it will be treated. According to Burton, tumors affect the brain in two general ways. First, they are invasive, destroying normal tissue. Second, they cause a mass impact to other parts of the brain as they expand, creating pressure.

“In neurology, it’s kind of like real estate – ‘location, location, location,’” Burton says. “For instance, with a tumor in the left frontal lobe, a patient might present with speech difficulty and weakness on the right side. Unlike strokes, which happen suddenly, tumors tend to cause symptoms that develop over weeks and months…. A patient with a tumor in the back of the brain might have a vision deficit on the opposite side of the brain.”

When asked about risk factors for developing primary brain tumors, Burton says that there are currently no known direct causative links between specific drugs or behaviors and brain cancer – and that includes using cell phones. Williams notes, however, that there are several family genetic predispositions to developing certain brain cancers.

Diagnosing and Treating Brain Tumors
Burton says that patients who end up being diagnosed with primary brain tumors often visit the emergency room first with symptoms such as seizure, headache, or dizziness.

Williams explains further, “If someone came in with one focal problem in the brain and they had, say, a new seizure, we would obtain a CT scan first, which is a very quick study to figure out whether there might be anything grossly abnormal with the brain, any emergency. If we see anything abnormal, we usually move on to an MRI, and that gives us a little better definition of what’s going on anatomically, and we can sort of define the area that’s involved.”

Burton says that CT scans and MRIs are diagnostic tests, and that confirmation of cancer will be made with a biopsy.

A series of slides, including pre- and post-operative imaging scans and photographs, depicts one patient’s journey from brain tumor diagnosis to treatment and recovery. The patient presented to Burton and Williams with a large right frontal tumor that caused a significant amount of pressure on the rest of the brain.

Major surgery was obviously required for this patient, and Williams and team opened up his skull (shown in a photograph). First, they performed a series of complex tests to “map” specific sections of the patient’s brain, in order to determine areas that were responsible for vital functions.

Once the complex mapping was completed, which also tests for connections between neurons from the affected part of the brain to other areas, Williams and his team resected the tumor from the patient’s brain. The final MRI slide shows a gaping hole in the patient’s right frontal lobe where the tumor formerly existed.

“The patient thankfully had a tumor in a good spot for us to be able to get a good resection, and was motivated and cooperative during the testing, so we were able to do a great job for him,” Williams says. “And now it’s about a year and a half after the original surgery.”

Burton says that patients with glioblastomas will usually receive a combination of radiation and the chemotherapy drug Temodar or temozolomide in addition to surgery. For some patients – particularly older ones – the radiation/chemotherapy protocol may be the only treatment possible.

Williams concludes, “It gets back to the location issue, which is, if you have the tumor in an area which is easier to have surgery on, and we can take all of it out, that’s a better situation than if it’s in an area of specific function, and we have to limit what we take out in order to make sure that the people we treat still have a good function and quality of life at the end of the day.” 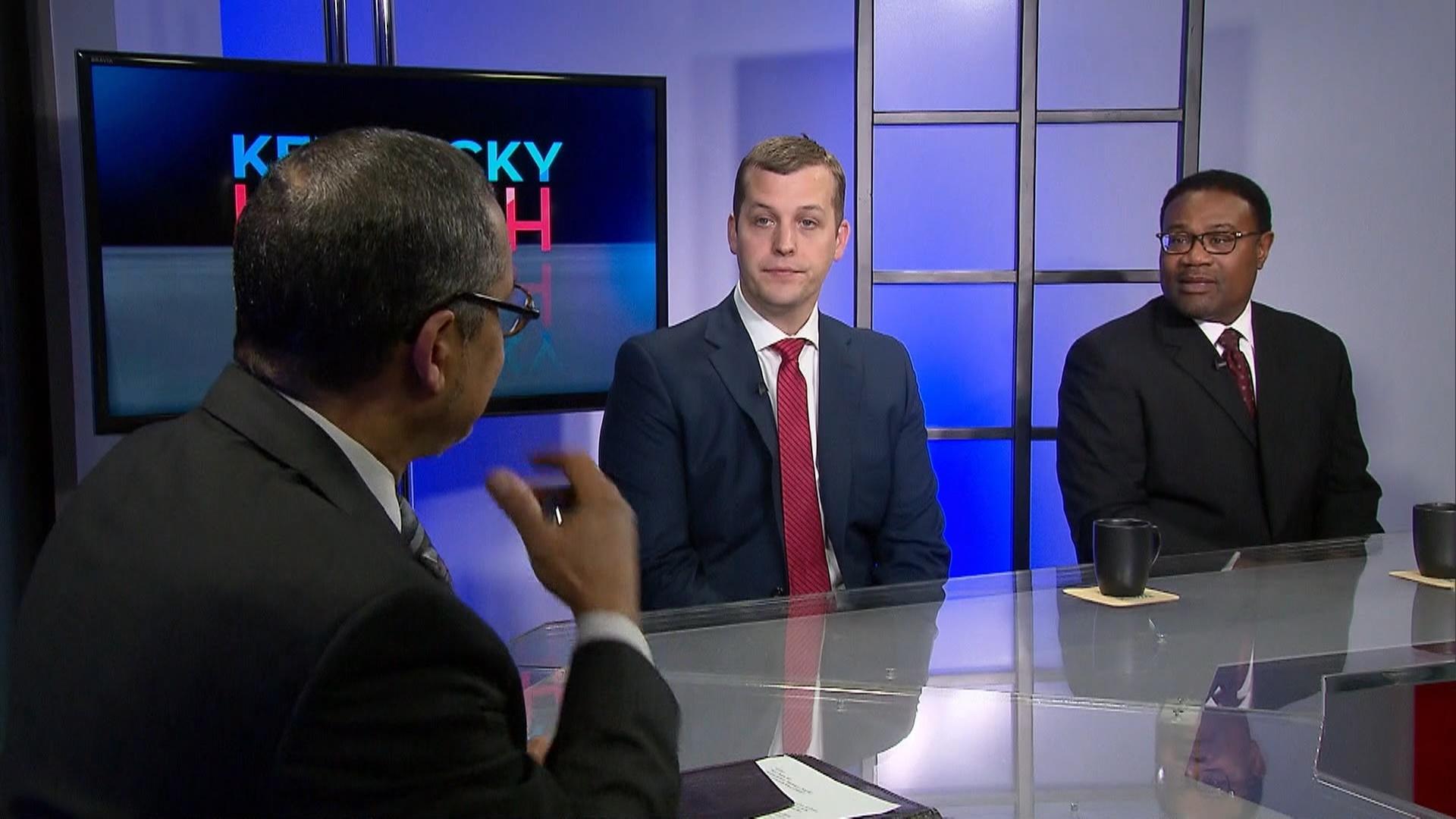