For decades, chemotherapy was considered as a necessary evil in cancer treatment — a rigorous, unforgiving practice of subjecting cancer cells and healthy tissue alike to toxic drugs in an all-out effort to eradicate the deadly disease. But now, thanks to innovative research into the ways chemotherapy can work in concert with targeted therapy and even with a patient’s own immune system, chemotherapy as a ‘necessary evil’ has given way to new regard as an effective weapon in the fight against cancer.

In the season debut of Kentucky Health, host Dr. Wayne Tuckson talks with a leading Louisville medical oncologist about exciting new breakthroughs in administering chemotherapy for various forms of cancer.

Harsh Treatment for a Relentless Foe
Khuda Dad Khan, M.D., is an award-winning hematologist and oncologist with Cancer and Blood Specialists in Louisville. Dr. Khan, who has more than 30 years of experience with a concentration in leukemia, says that early in his career, treating cancer with chemotherapy was an imprecise technique.

At its most basic, chemotherapy uses drugs to strike at the core of cancer’s basic process, uncontrolled cell division. Chemotherapy interferes with the mutation of cancer cells, often by targeting the cell’s DNA. Even though traditional chemotherapy disproportionately affects cancer cells, it still harms normal cells when administered, often causing very severe side effects. These include hair loss, skin conditions, and nausea and vomiting. The most serious side effect of chemotherapy is that it hinders the body’s ability to fight infection, due to its tendency to destroy the body’s white blood cells.

Dr. Khan says that many advances have been made in mitigating some of chemotherapy’s side effects. For example, researchers have found a drug that blocks the brain from receiving a distress signal from the gastrointestinal tract, reducing nausea. Other side effects, such as hair loss, remain difficult to treat.

Breakthroughs in Targeted Therapies
The medical community is currently undergoing a rethink on how to best fight cancer through chemotherapy, Dr. Khan says. In many cases, doctors now apply traditional drug combinations in concert with what he calls targeted therapy. Targeted therapy attacks cancer in a more “pinpoint” fashion, and is often based on new discoveries about how protein receptors, enzymes, and other components function in cellular biology.

Dr. Khan offers the example of chronic myelogenous leukemia, a blood disorder formerly treated with high doses of chemotherapy. This ailment used to have a high mortality rate within three to five years of diagnosis. Around 2000, researchers had a breakthrough by locating an enzyme specific to the cancer and devising an antibody to de-activate it.

“For a cell to become cancerous, there are hundreds of thousands of changes taking place,” Dr. Khan says. “But, there are some which are crucial, and we call them driver mutations.”

These driver mutations are what researchers are constantly attempting to locate and target with therapy. Even when they do, many cancers adjust to the targeted therapy and then begin to attack the body again. Dr. Khan likens the process to commuters locating alternate routes when a road is blocked.

Still, much progress has been made, particularly in certain types of cancer. Dr. Khan discusses breakthroughs in lung cancer and melanoma treatment, where researchers have developed drugs that block pathways to cancer growth.

One of the more widely used multi-agent approaches is applied to breast cancer, Dr. Khan says. Oncologists first perform surgery to remove the tumor, and then may administer a combination of traditional chemotherapy, hormone receptors, and antibodies that target specific proteins in the cancer cells.

Enlisting the Immune System
“We were taught that the [body’s] immune system is designed to fight the alien, the foreign,” Dr. Khan says, recalling his instruction in medical school. “Since cancer is part of the self, it would be very difficult for the immune system to attack the cancer. But, this turns out not to be true. In fact, there are enough changes, cancer has enough mutations, the proteins change – so the immune system does recognize even the cancer cells.”

This discovery of the immune system’s role in fighting cancer has driven much research and innovation in cancer treatment in recent years, Dr. Khan says. In particular, oncologists are discovering and overcoming the ways in which cancer actively inhibits or suppresses the immune system at the cellular level.

T-lymphocytes or T-cells, foot soldiers in the immune system’s first line of defense, are crucial in attacking disease and infection. Many cancer tumor cells, however, can de-activate T-cells and in fact cause “programmed cell death” by applying a specific protein to the T-cells. Dr. Khan says that one of the most exciting breakthroughs in recent cancer research is the development of antibodies that overcome this interaction between cancer cells and T-lymphocytes, thus enabling the body’s immune system to resume the fight.

Dr. Khan says that clinical trials for cancer and chemotherapy treatments are constantly ongoing, and that many promising drugs are in the pipeline for FDA approval. With side effects of chemotherapy more manageable than ever before, and innovations in targeted therapy and immunotherapy being advanced, Drs. Khan and Tuckson say that it is crucial for patients to become actively involved in exploring any and all new options for cancer treatment. 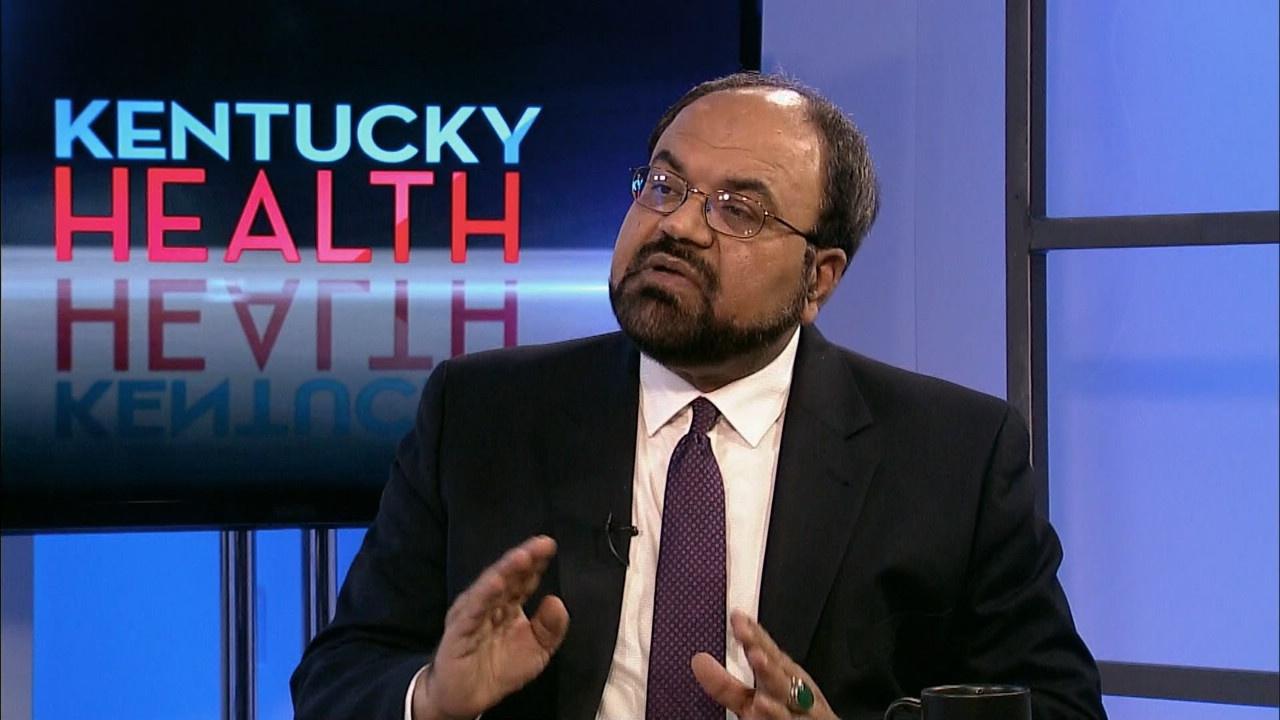