On this episode of Kentucky Health, host Dr. Wayne Tuckson welcomed Ted Smith, Ph.D., director of the Center for Healthy Air, Water and Soil at the University of Louisville’s Christina Lee Brown Envirome Institute, to discuss the impact of environmental pollution on health and ways to mitigate its effects.

“Most of us have a pretty good working knowledge that when anything is added to our atmosphere that we’ve done – or that nature in some cases (has done) – that really disturbs the aerobiology of our atmosphere, you know that your lungs are going to be the first to find out about it and you realize that something has now offended your body and mind,” Smith says. “Air pollution really is that disturbance of what is otherwise a natural and vital sort of ‘soup’ of things.”

Smith says that looking back through this nation’s history, and particularly the rise of the Industrial Revolution, is crucial to understand how people have consistently made trade-offs between economic growth and the degradation of air quality. He explains that most cities have areas where the environmental burden is higher, usually in close proximity to industrial sectors. He also notes that the recent increase in widespread wildfires in many areas in the western U.S. is another example of how changes in the environment have affected the health (not to mention the living space) of thousands of Americans.

“And then there’s indoor air pollution, which is a really nascent field in a lot of respects,” he adds. Smith points out that when the Environmental Protection Agency was created in 1970, it concentrated on addressing outdoor air quality and has largely maintained that focus since. “Your lungs don’t know if you’re inside or outside, so from our perspective everything should be on the table,” he says.

Smith says that addressing the health needs of folks living in neighborhoods next to factories and other polluting businesses is a bedrock social issue, one that requires the participation of businesses, government, and citizens that have benefited from the economic activity industry has provided. “Those individuals don’t have the choice to breathe clean air,” he argues. “So what are we going to do about it, reversing the situation that we designed?”

Smith says air quality contains pollutants from different origins, including particulate matter that you can measure by weight, chemicals that are dissolved in the air such as nitrogen oxide, and volatile organic compounds that are emitted by a wide range of products. At the Envirome Institute, Smith and his colleagues use this broad lens to study all aspects of air pollution. “You’re really getting a mixture of things,” he says, “and nobody really knows what’s in the mixture. It’s a high priority issue for us to understand.”

Air pollution is a contributing factor to many diseases, according to Smith. Respiratory disease may come to mind first, but cardiovascular disease is just as important. At the Envirome Institute, Smith says “we look at the things that can cross the lung into the bloodstream, and once they’re in the bloodstream, they can co anywhere. …These are things that we should be very concerned about, because they can do extensive damage as they move deeper into your physiology or into an unborn child’s physiology.”

Mitigating the Impact of Air Pollution: The Green Heart Project

Smith and his colleagues at the Envirome Institute assess environmental pollution in greater Louisville by first locating specific areas where the impact on health is higher. This traces back to the Institute’s early days when it identified asthma “hot spots” and then created projects designed to improve air quality in those areas.

“If you start to follow a thread like that, you can say, ‘What is it about these places?’” Smith observes. If there happens to be a primary emitting source of air pollution in a particular area – a factory or a highway, for example – the project may attempt to reduce the impact coming from that source.

“Now you can say, I’m glad I know [pollution] is concentrated in a place, but what can I do about it?” he continues. “If I can’t stop the sources or I can’t find the sources, then maybe I can create some kind of remediation, some kind of counter-measure, that could reduce the toxicity of what’s in the air.”

To do just that for designated areas in Louisville, the Envirome Institute and partners formed the Green Heart Project. “In some respects, it’s a community-based clinical study, a clinical trial,” Smith says. “We’re essentially asking the question, is there some kind of intervention that will reduce the health hazard of air pollution – and our ‘drug’ in this particular case is trees and bushes.”

Smith says that there is considerable prior research proving how robust green space in a community can filter out some forms of air pollution. He explains that one goal of the Green Heart Project is to drill down and produce more specific evidence as to the ultimate benefit. “We need to do a trial to figure out the dose-response curve: what is the dose of trees and bushes that makes the maximum difference?” he says.

For the project, the Green Heart partners have planted 10,000 trees and bushes in four neighborhoods in south Louisville near the Watterson Expressway. Smith credits residents and community members for being supportive of the project. “They understand we’re there as health researchers, we’re not there as real estate developers,” he says. “We believe, we hope, and we hypothesize that adding all of this vegetation is going to clean the air, buffer the air from the neighborhood, and that we should see their cardiovascular markers trend in the direction that should say they’re at lower risk of heart disease.”

In addition to the cardiovascular and respiratory benefits, Smith says that initiatives similar to the Green Heart Project can improve public health in other areas. He notes that a colleague at the University of Pennsylvania worked on an empirical project where vacant lots in Philadelphia were “cleaned and greened” with the goal of improving behavioral health metrics in the surrounding area. “It turns out that the biggest effect is greening – over just cleaning,” he says.

“There’s something going on with vegetation – it’s not just an air pollution story,” Smith continues. “Your cardiovascular disease profile is also highly co-morbid with your depression risk. Which way is the arrow pointing? Is depression causing heart disease, is heart disease causing depression? We don’t know, but here’s what I do know: there’s more than enough evidence that bringing a little more nature back to these places will have benefits across the board.”

The burden of chronic disease a significant economic drag on any community, state, or nation, Smith observes, and he adds that in many parts of the world people are developing chronic diseases earlier in life, with Type 2 diabetes being an example. He views the work of the Envirome Institute and other like-minded environmental health organizations as crucial in instituting a preventive approach to public health that will have society-wide benefits, including to the economy. But that’s not the ultimate objective of their work. 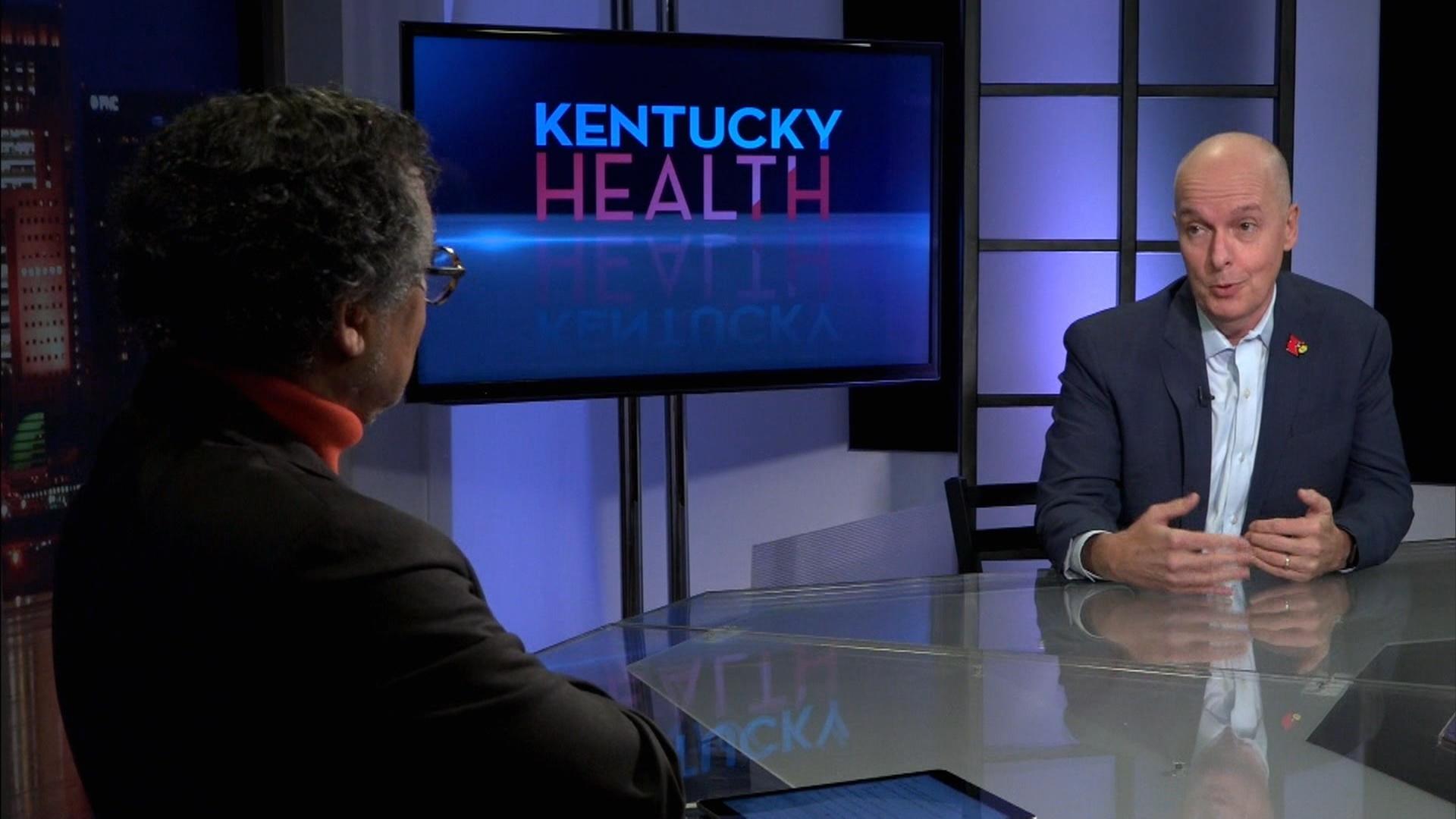