Gastrointestinal (GI) function is something that people rarely think about, until something goes wrong. When it does, bringing with it nausea, indigestion, and disruption in bowel movements, there is no shortage of over-the-counter medications to help alleviate GI problems, as evidenced by a stroll down the grocery or drugstore aisles. And the growing use of probiotics is another indicator of just how important digestive health is to our daily lives.

In this episode of Kentucky Health, host Dr. Wayne Tuckson welcomes a gastroenterologist with the University of Louisville to discuss new advances in understanding healthy GI function and how doctors are expanding their treatment options for those who experience GI discomfort or more serious conditions.

Dr. Thomas Abell is a gastroenterologist with a special interest in gastrointestinal motility (the movement of muscles within the GI tract that aid in digestion and propel waste). He is the Arthur M. Schoen chair of gastroenterology at the University of Louisville School of Medicine and director of the motility clinic at Jewish Hospital in Louisville.

Abell says motility problems in the GI tract are some of the most common medical conditions that exist. “Disorders such as nausea, vomiting, constipation, diarrhea – everybody’s had those at some point in their lives. Usually it’s just for a few days, or even a few hours. But some patients have recurrent or chronic problems.”

Problems in Digestion, and Remedies
“Really, the gastrointestinal tract, called GI for short, is really a long, specialized tube that’s there to help us stay nourished,” Abell says. “But it does a lot of other things.”

The GI tract starts at the mouth and includes the esophagus, leading to the stomach, down into the small intestine, large intestine or colon, and then to the rectum and anus. Abell says that the digestive process actually begins in the mouth, as the teeth chew up food and then saliva includes bacteria to help break it down and prepare it for the path downward through the GI tract.

“Saliva is extremely important for digestion, because there are enzymes in saliva that begin to break down the components of food, and a number of people have disorders where they don’t produce saliva,” Abell says. Saliva is also important in alleviating esophageal reflux, he adds, as normally it will wash away some of the acid that is refluxed up from the stomach during digestion. If saliva isn’t present to clear the acid, then heartburn kicks in.

Heartburn can also arise from other causes, including many medications. Abell also says that there is a correlation between sleep apnea and heartburn, and between asthma and heartburn. Patients with connective tissue disorders such as rheumatoid arthritis may also have problems with digestion.

Diabetic patients present their own unique set of GI problems. “The thing about diabetes is, you can have a problem anywhere in the gut from diabetes,” Abell says. “And sometimes it’s kind of spotty – people can have trouble with their esophagus, and then have trouble with their colon, or just their stomach, or just their small bowel. And a lot of it relates to blood sugar control and damage to the nerves. I think everybody’s aware of diabetic neuropathy… well, the same thing happens to the nerves in the GI tract, they get damaged and then things don’t work well.”

Constipation is a very common problem, and encompasses a variety of bowel movement issues, Abell says. “Sometimes people are talking about the frequency of bowel movements, other times people are talking about what we call incomplete evacuation – they have a bowel movement but they don’t feel that they’ve gotten all of their stool out,” he says. “And then, there’s the opposite extreme, control of the bowel, incontinence. And some people are unfortunate to have the worst of both worlds, they have constipation some times and incontinence at others.”

Abell says that there is no normal frequency of bowel movements across the population – it varies for each individual, although men generally go more often than women. Patients who present with nausea, vomiting, constipation or other symptoms of GI difficulty usually first visit their primary care physician, and Abell says can a regular doctor can treat around 90 percent of issues. If a patient makes it to his office, he runs a full medical history and gives a physical, and then will order diagnostic tests looking at “sensation and strength” of the GI tract.

First treatment steps may involve basic dietary changes and/or fiber supplements. Then a range of medications may be tried, including over-the-counter options and prescription drugs. Abell says that if problems persist and testing reveals more specific information, he may recommend a patient to visit a colorectal cancer specialist to run what will hopefully be a negative test for cancerous polyps via a colonoscopy.

A lot of GI medications work by changing fluid content, Abell says, bringing fluid back into the bowel. They also transport sodium and potassium chloride to the bowel, and some may target nerves that aid in digestion.

“And then there’s people who have constipation related to pain medicines such as opiates, these are peripheral opiate blockers, that block the opiates just in the gut, so the patient still has the pain medicine effect, but their bowels work better,” Abell says. “And those people are really grateful when you get them feeling better.”

Probiotics and the “Stool Biome”
One of the most exciting developments in GI research in recent years is analyzing what Abell calls the “stool biome.”

“There are hundreds if not thousands of organisms inside of us, which some people will say that’s kind of scary, but they’re bacterial viruses, fungi, and they’re like little chemical plants,” he explains. “I was reading something recently that considered [our GI tract] like a microenvironment, sort of like a rain forest. If you go to the rainforest or see pictures of it, there are all of these microenvironments, and our gut is like that. We have on average about 10 pounds of it that we are carrying around in our GI tract, and we now realize that, the healthier people are, the more diversity they have of what is called the stool biome.”

The bacteria in the small intestine, colon, and stomach is different, Abell says, and every person has their own bacterial composition or “signature.” Different diseases may also be identified by their GI bacterial content, he adds. One exciting innovation allows gastroenterologists to treat a bacterial condition known as Clostridium difficile (C. diff) with what is called a “stool transplant,” wherein fecal bacteria from a healthy individual is transplanted to the patient. New research shows that this can be done just as effectively in pill form as it can through an endoscope or colonoscope, Abell says.

For example, recent research into Parkinson’s disease has linked its origin to neurons in the gut. “The thought is that there are abnormalities of the stool biome that may cause inflammation and may lead to an ascending problem, and later causes problems in the brainstem and the brain with Parkinson’s,” Abell says.

Greater understanding of gut bacteria and the stool biome has led to the production of probiotics, which introduce live bacteria and other micro-organisms into the GI tract to help promote digestion and overall health.

Probiotics can “help restore the more normal balance” in the gut, Abell says. “At one time they were thought as strange things that you could only buy in a health food store – now you find them in every pharmacy and grocery store. And they’re there because they meet a need.”

Depending on the makeup of their own stool biome, some patients may be helped with probiotics, Abell says. And persons who are taking antibiotics to fight infection may need to take a probiotic to counter the medicine’s effects on normal bacterial balance – Abell often gives them to his patients and takes one himself when he is on antibiotics.

“There’s going to be, I predict, another whole aisle in the store filled with probiotics at some point, as we learn more about them,” Abell says.

On a more concerning note, research has indicated a link between gut bacteria and colon cancer. Abell says that gastroenterologists like himself and colorectal surgeons like Dr. Tuckson are well aware that more patients are being diagnosed with colorectal cancer at a younger age.

“And it looks like there’s evidence that those people [diagnosed with colorectal cancer] have had inflammation in their gut,” he says. “Inflammation is never good for anything. Those people who develop colon cancer early appear to have a different signature of their stool biome. Now maybe that’s due to something else, maybe it’s genetic, maybe it’s dietary, maybe it’s something else we don’t understand, but there seems to be a relationship.” 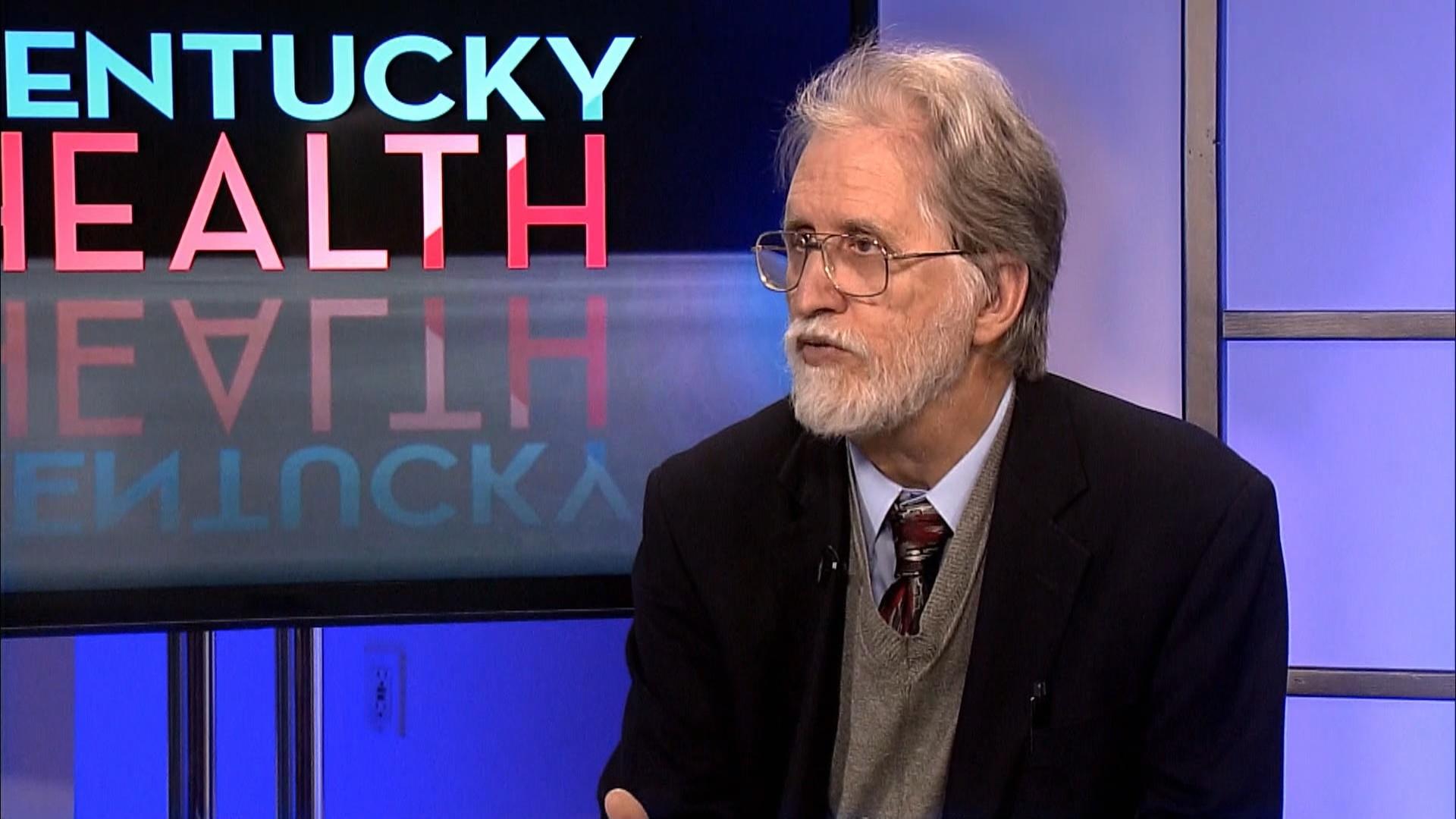