Now more than ever in this age of rapid advances in medicine and information technology, physicians are in need of professional support and guidance in order to best meet the needs of their patients. Established in 1892, the Greater Louisville Medical Society has helped grow the city’s health care system into a national leader by providing a robust networking infrastructure and innovative outreach programs for area doctors.

Bert Guinn, MBA, began his current position at the Greater Louisville Medical Society this fall. Prior to that, he served as the Society’s communications officer and membership director.

Guinn says that the Greater Louisville Medical Society has a membership base limited to Jefferson County physicians, but it has associate members in the greater Louisville metropolitan area, which includes counties in Southern Indiana.

The GLMS is housed in the iconic Old Medical School building on Hospital Row in downtown Louisville that was built in 1892, the same year the association was founded.

Guinn notes that the GLMS is one of several medical societies in the commonwealth, and that it partners with others such as the Lexington Medical Society, the Northern Kentucky Medical Society, and rural chapters under the leadership of the Kentucky Medical Association. Its current membership of about 4,000 also includes all medical students at the University of Louisville, who are enrolled for free, as well as residents and retired doctors.

A Full-service Organization for Doctors
The Greater Louisville Medical Society offers a wide gamut of programs, ranging from administrative and communication services to community relations ventures and lobbying.

“Doctors, what we hear from them, is that they just want to practice medicine,” Guinn says. “I feel like I have one of the best jobs in the world, because I get to work with the best and the brightest, who feel like they have a higher calling to help people. So we’re trying to do everything we can to take the complexity out of health care, and preserve the sanctity of that physician-patient relationship.”

Guinn says that the GLMS’s most basic administrative service – the Annual Pictorial Roster – is perhaps their best-known. Known informally as “the mug book,” it is a roster of GLMS members that is available to all medical professionals. The reference book includes complete contact information for each member along with a picture and information on the doctor’s specialty. It is now available as a mobile app, Guinn adds.

The organization also publishes a newsletter and the monthly “Louisville Medicine” magazine, written primarily by physicians, for physicians. “Vital Signs,” another publication, is provided to doctors to place in waiting rooms and focuses on trending health topics.

Other professional services include verifying members’ credentials in Louisville under the CAPS (Centralized Application Processing Service) program, which allows doctors to bypass the cumbersome process of applying for credentials at each hospital they work at. They also maintain a Patient Grievance Committee for members to help resolve disputes arising from medical treatment.

On the insurance front, the GLMS holds regular roundtables between doctors and insurance companies in order to improve the labyrinthine billing and coding processes that are regular by-products of modern health care.

As for political advocacy, Guinn says, “There are certain things all physicians can agree on.” The GLMS was instrumental in getting Louisville’s initial citywide smoking ordinance passed in 2005, and is now fully behind a statewide ban. Their lobbying division has grown in recent years, Guinn says, and the organization holds town halls between members and government policy makers to better inform them about health care issues pertinent to Louisville and the state in general.

Outreach Programs, from Tried and True to New
Aside from membership services and lobbying, the GLMS is deeply committed to strengthening doctor-patient relationships and to spreading awareness about the benefits of a healthy lifestyle.

Guinn says that he first became aware of the GLMS when he was working as the director of operations for the nonprofit Supplies Over Seas. That program organizes the shipment of excess or obsolete medical equipment and supplies to Third World countries. Guinn says that the program has served over 91 countries to date.

Other current GLMS programs and/or partnerships include:

The Healing Place — The GLMS was involved with this well-known Louisville adult addiction recovery nonprofit from early on, thanks to retired physician Dr. Will Ward, Guinn says. GLMS members voluntarily operate a medical clinic at The Healing Place.
The Pulse of Surgery — This program was started four years ago in partnership with the Kentucky Science Center and Jewish Hospital. It allows children visiting the Science Center to view a live feed of heart surgery from Jewish Hospital. Both children and the medical surgery team are equipped with microphones, enabling an interactive give-and-take. Guinn says, “What we’re hoping to do is encourage these kids to eat right and exercise, and also, to consider becoming a physician or getting involved in the health community.”
Wear the White Coat — This program is also about four years old, and invites business, religious, and civic leaders to shadow physicians for a day as they make their rounds. Guinn recalls a recent pairing between an emergency room physician and the director of Louisville’s jails. “They really hit it off,” he says, “and what they found when they went through the program was that they had a lot of the same clientele. That was really eye opening.”
Surgery on Sunday — Louisville’s version of this program was started in 2013 and spearheaded by Dr. Erica Sutton, who recently appeared on Kentucky Health to discuss training new surgeons. It addresses patients who cannot afford the costs of surgery, either due to lack of insurance or a high deductible. On six Sundays per year, doctors, nurses, medical technicians, and other staff volunteer to perform free surgeries for patients who qualify. 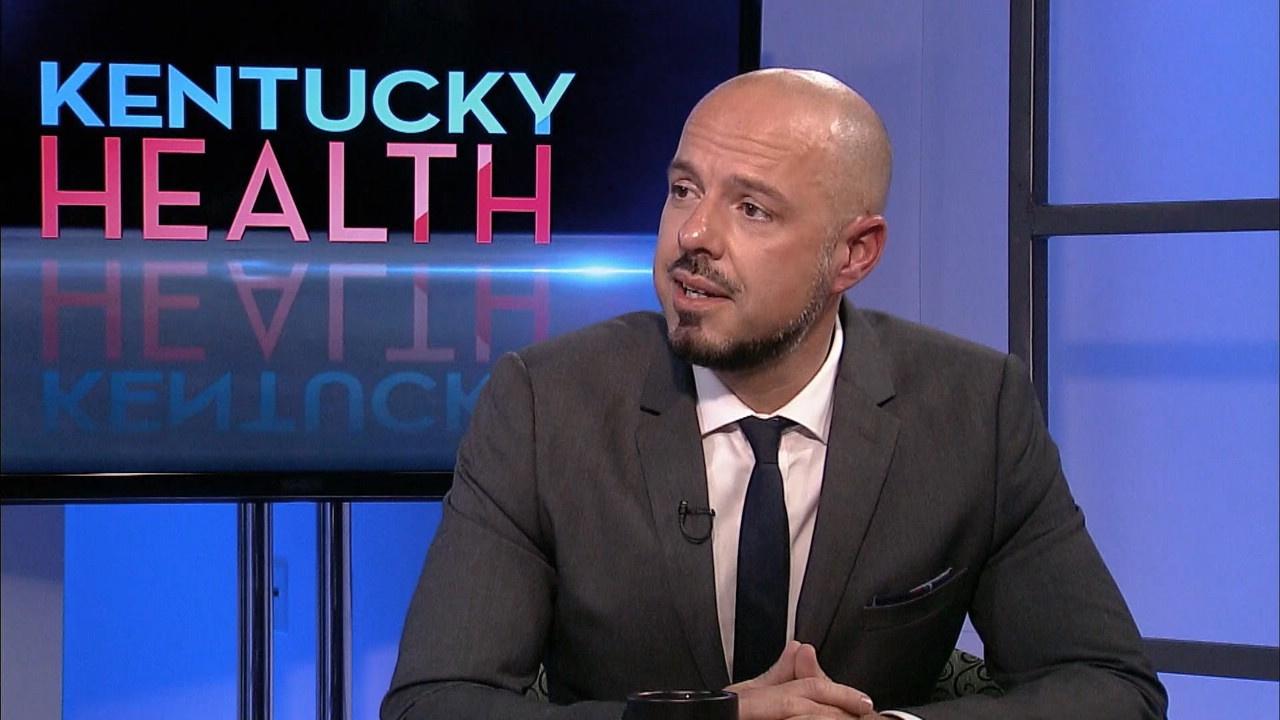