Teenage pregnancy has an impact that is both immediate and long-lasting. Young women who have unplanned childbirths often face more obstacles in getting a high school degree, going on to college, and securing a stable career.

In this week’s Kentucky Health, host Dr. Wayne Tuckson talks with two Louisville-based medical professionals, who give advice for teenagers and their families about counseling and birth control options.

Dr. Lori Caloia is an assistant professor of family and geriatric medicine at the University of Louisville and was previously a primary care physician for the university’s Campus Health Services. Jennifer Angermeier, a women’s health nurse practitioner, is the clinical supervisor of the Teenage Parent Program (TAPP) for the Jefferson County Public Schools.

Pregnancy can happen as early as age 9, Caloia says, and she warns that the risk of getting pregnant exists during every instance of sexual intercourse, even if birth control is used. She says that teen birth rates are on the decline nationally, and that specific efforts have been made in Kentucky to help improve the state’s rank.

“When we look at teenage pregnancy rates, we see that many of the women come from families where the parents have lower education levels, and then also, they tend to have lower income,” Caloia says. “So as you go down in income level, the rate of unintended pregnancy goes up, and that includes teenage pregnancy.”

According to the National Campaign to Prevent Teen and Unplanned Pregnancy, live births  dropped 11 percent from 2013 to 2014. The teen pregnancy rate in Kentucky among the same age group is 62 pregnancies among 1,000 girls. That rate has dropped by 13 percent since 2008.

“I think the programs [we have] attempting to improve knowledge [about] and prevention of pregnancy are improving throughout the country,” Caloia says, “and certainly it appears in the state of Kentucky, given our decrease in pregnancy rates.” She also cites the national program Healthy People 2020 (http://www.healthypeople.gov/) and the Affordable Care Act as positive factors in reducing teen pregnancy.

Caloia cites more statistics that show approximately 45 percent of high school students in Kentucky have been sexually active before graduation. During her years as a family doctor, she has not found any meaningful correlation between rates of sexually transmitted infections (STIs) and teen pregnancy rates, and believes that most teens and young adults have unplanned pregnancies not due to promiscuous behavior but because they are uninformed about birth control options.

Advice Before, During, and After Pregnancy

While Caloia generally treats college-age young women, Angermeier is focused on helping pre-teens and teens through TAPP at JCPS. She says her staff sees a disproportionate percentage of teenage girls from African-American and Hispanic populations in Louisville. For many of them, having a child at a young age is part of their family history, and is considered normal.

Angermeier says that at TAPP, teenage mothers “have a social worker, and they have an advocate as well, [someone] that stands right by them and helps guide them through the process, helps them with careers, to graduate and move forward.”

The counselors at TAPP adopt a non-judgmental approach, Angermeier says. She believes that that approach is always preferable but is especially so for younger teens and pre-teens that may be overwhelmed by their situation. The goal is to provide immediate assistance, but also to improve the teenage mothers’ long-term prospects.

“We give them [birth control] options, they know about STIs and the options there, too, and how to protect themselves,” Angermeier says. “I think that’s why we see a decline in the second pregnancy [rate], where they’re not getting pregnant multiple times.”

Angermeier will offer family planning advice to each girl, and provide additional counseling if they became pregnant due to a non-consensual act or are not in a committed relationship.

Abstinence is the only fail-safe method of birth control, Angermeier says, and while that may be emphasized as the first and best option, instruction must not stop there. Caloia agrees.

“I think we know that teaching abstinence is a good thing to teach students and teenagers because that’s a method of birth control that they should know about,” Caloia says. “But I think the message fails when someone gets into a situation where they are no longer abstinent.

“So we see this a lot in the college-age student,” she continues, “where they have been taught abstinence going through high school, and then they get to college, and have their first sexual experience … and they don’t know what protection exists as far as [other] birth control options go, and then you end up with an unintended pregnancy.”

In addition to abstinence, there are a wide variety of birth control options, Caloia says. Several newer ones have not been widely publicized, but are actually the most effective.

Condoms fail to prevent pregnancy in about 18 out of every 100 uses, Caloia notes. Condoms, available in both male and female versions, are the most effective barriers in preventing STIs, but arguably the least effective in preventing unwanted pregnancy.

More effective are birth control pills, rings, patches, and shots. Caloia says each of these work by releasing hormones that prevent ovulation. These products must be taken or administered regularly and strictly.

Two other forms of birth control require a visit to the doctor to implement but offer long-lasting and highly effective protection. Caloia says that the implantable rod most commonly known as Nexplanon® releases a hormone in the bloodstream that prevents ovulation. It is implanted in the upper arm and lasts for three years, and Caloia says it is even more effective than female or male sterilization. There are also several intrauterine devices (IUDs), one with no hormones that can last up to 10 years, and three others with hormones that last between three to five years.

IUDs have long been associated with an increased risk for infection, but Caloia says that current models carry a minimal risk, usually occurring during the first 20 days after being implanted. However, other risks are associated with hormonal treatment.

“Anything that has estrogen in it – like birth control pills, or the patch, or the ring that I talked about – those all increase your risk of having blood clots in the legs, or lungs, and they also increase the risk of stroke, particularly in certain women,” Caloia says. This information must be covered during any birth control counseling session, she adds.

Caloia mentions the more recent emergency contraception options such as “morning-after” pills Plan B One-Step® and ella®, both of which must be taken within 72 hours of unplanned sexual intercourse (ella® is a prescription-only pill).

“But even for women who are doing everything right, up to 5 percent have an accidental pregnancy,” she says. “So, it’s important to know about other options. One of those would be surgical abortion, and then a pill abortion [is available] as well.

“And then other things to think about are adoption, which are definitely viable, and there are ways to do that in Louisville.”

Angermeier says that she has helped to administer two adoptions while at TAPP, and notes that several other nonprofits in Louisville, such as the Lifehouse Maternity Home, help teenage mothers through the often emotionally trying process of offering their infants up for adoption.

While the statistical trends on teen pregnancy in Kentucky are encouraging over the past 10 years, both Angermeier and Caloia believe that further decrease is necessary, and can be achieved.

“We often forget to recommend or to provide women with these other options that are available to them as far as birth control goes,” Caloia says, “especially the most effective forms of birth control. … The Affordable Care Act has made them more affordable, and Medicaid family planning expansion has made these available to women, but they need to know about [each option] to decide if that’s the option that works best for them.” 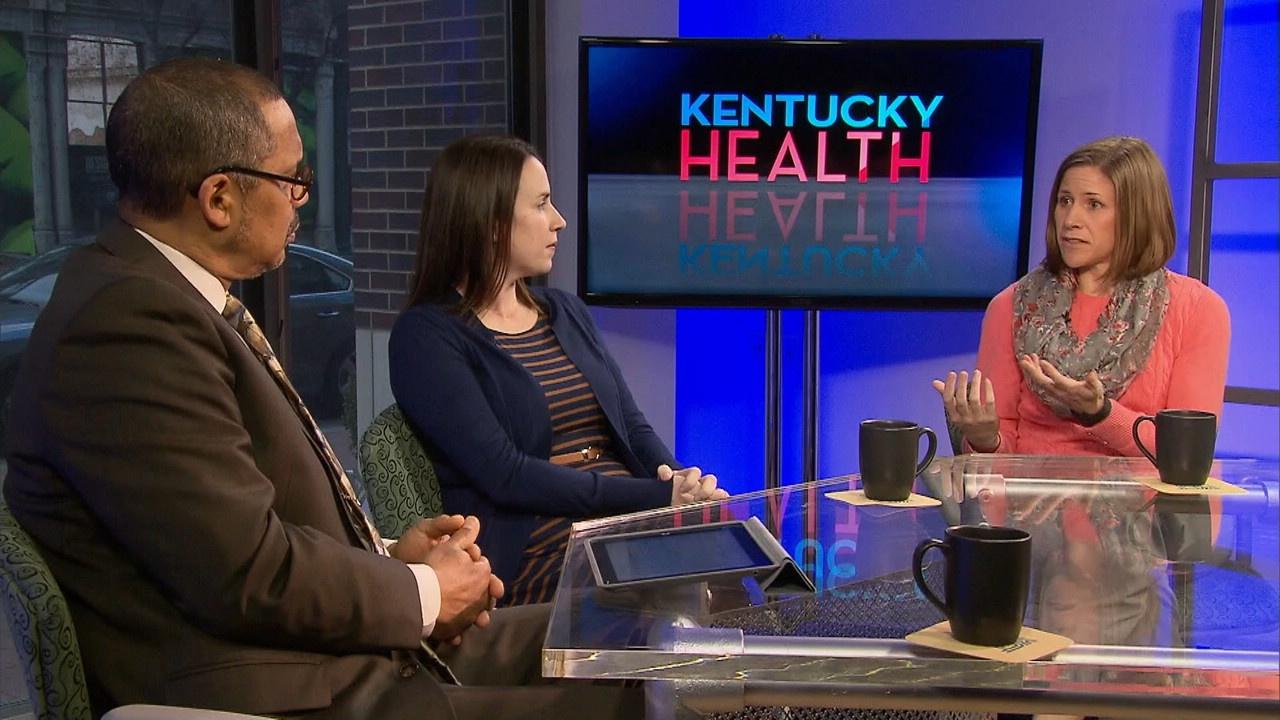