Human trafficking is a growing global crisis that tears apart the social fabric of communities and deprives those affected of their individual freedoms.

Estimates vary as to the total number of people exploited, but current data indicates that tens of millions of people are victims of labor trafficking or sex trafficking worldwide. The United States is not immune from these crimes, with estimates of hundreds of thousands of victims each year.

In this episode of Kentucky Health, host Dr. Wayne Tuckson speaks with two Louisville activists about the devastating consequences of human trafficking and the ways government agencies and nonprofits reach out to help victims and spread awareness about the scourge. The program primarily focuses on sex trafficking, but also touches on labor trafficking.

Jami Wilson is a human trafficking case manager with Catholic Charities in Louisville. Steve Magre is a former Louisville Metro councilman whose term ended in January 2016. The chairman of Magre Outsource was an alderman with the city for 20+ years and is currently involved with Child Care Advocates of Kentucky.

Wilson defines human trafficking as “the commercial exploitation of a person for sex or labor purposes, and includes an element of force, fraud, or coercion.” Some persons may willingly engage in sex acts or labor at the outset, but later are forced or coerced into doing so after they wish to stop; these individuals are also victims.

Wilson says that an estimated 300,000 people in the United States enter into or are victims of human trafficking, and says that Catholic Charities has identified over 330 victims in Kentucky. Both Wilson and Magre believe that both local and national numbers are underreported.

Labor trafficking encompasses a broader age range, with most victims entering into the illicit practice due to dire economic circumstances. Magre notes that both labor trafficking and sex trafficking are major priorities for those concerned with global human rights, and are addressed in the United Nations’ Sustainable Development Goals (SDG) for 2030.

Both Wilson and Magre have experience in dealing with sex trafficking in the Louisville metro area, and Wilson says there are many different ways a person can be drawn into the trade. Internet chat rooms and sex sites, social media, families, friends, and street life are all potential draws, she says.

Tech-savvy traffickers may create fake Facebook pages or chat room personas to engage at-risk youth. They may be introduced through a family member, friend, or acquaintance. Or they may simply offer a helping hand to someone in a time of need, with a sinister ulterior motive.

“With traffickers, it’s very much a crime of opportunity in that they prey on the vulnerabilities of the trafficking victims,” Wilson explains. “So, if you have someone who is looking for attention that they may not be getting at home – or support, if they don’t have anywhere to go – and this trafficker offers those things to them, [the victim] is not looking at them as ‘someone who is exploiting me,’ they’re looking at them as ‘someone who’s taking care of me."”

Magre highlights the ease of accessing sexually explicit media in contemporary society, and says that creates an environment where sexual behavior among young people is considered more acceptable than in years past. He believes that many teenagers and young adults may enter a trafficking relationship with the goal of having fun, partying, and making money, only to find that weeks or months later they are trapped in a vicious, exploitative cycle. Substance abuse and addiction helps to perpetuate that cycle, Magre says, and victims who want to break free are often threatened with violence.

“A lot of times, the victims don’t see themselves as victims, they don’t realize that they’re being exploited,” Wilson adds. “They may feel like [the act] was totally consensual or voluntary. But until they realize, or talk to someone in victim services or in the medical field that can explain to them how they were exploited or taken advantage of, they may not even realize that they are victims.”

The International Labor Organization estimates human trafficking generates $150 billion in annual profits worldwide. The practice harkens back to the ignoble era of human history where slavery was legal and a pillar of the global economy. That may make it harder for people to believe that it still exists and is widespread today, existing in an underground economy. But the modern trafficking relationship between perpetrator and victim is no less lucrative, and just as open-ended.

“There’s a reason human trafficking – sex trafficking and labor trafficking – is the second fastest growing crime after drug trafficking. Because the ‘product’ – the people – can be re-used,” according to Wilson. “So [a trafficker] might sell that child, that woman, or that man for $50 once that day, but [then] might sell them for $100 five times more that day. Think about how much they are earning in a week, in a month, in a year, off of one person. And a lot of traffickers might have four, five, ten or more victims that they are earning money off of.”

Dr. Tuckson says that, living in Louisville, he has heard through the years about the spike in the sex trade that happens when a big convention is held in the city, or when the Kentucky Derby festivities kick in each spring. Wilson agrees but says it is important to keep in mind the distinction between trafficking and prostitution. The two often overlap, but legally, an element of force, fraud, or coercion must be divulged by the victim to classify the accused person as a trafficker, Wilson says (unless the victim is a child, in which case any commercial sex act is considered trafficking).

Warning Signs of Human Trafficking, and Where to Go for Help
Health concerns associated with human trafficking are often unique to each individual and their circumstances, but overall run the gamut from substance abuse to sexually-transmitted infections (STIs) to mental health disorders.

Wilson says that young women who are victims of sex trafficking may exhibit the following warning signs:

Magre and Wilson also comment on a cultural signifier of trafficking, where victims get tattooed or “branded” with the name of their trafficker. “This is something that happens a lot,” Wilson says. “You might see a young lady with their trafficker’s nickname or street name [tattooed] across their chest, or somewhere visible, where people know who that girl ‘belongs to."”

Both Tuckson’s guests firmly believe that trafficking can be reduced in Louisville, Kentucky, the U.S., and worldwide. Spreading awareness is the first step, and Magre discusses Louisville’s hosting of a Human Trafficking Summit last October, which brought together government officials, business leaders, nonprofits, and activists to address the criminal activity and offer resources for helping victims. Immediately after the summit, Louisville Metro Government issued a Public Nuisance Ordinance designed to crack down on area hotels that were serving as sites for human trafficking.

In addition to Catholic Charities and Child Care Advocates, there are many other organizations committed to exposing trafficking rings and helping victims, such as ROCK Cares Foundation in Louisville, and the national Alliance to End Slavery and Trafficking.

Many persons who have escaped trafficking have been willing to speak out about their experiences in order to help those still enslaved, and their testimonies are crucial. “These people who come out of it are models,” Magre says. “They are people to be respected, and followed. That’s what’s amazing – there’s great opportunity for these young people if they can break away. They can find a life that’s so much better and significant.” 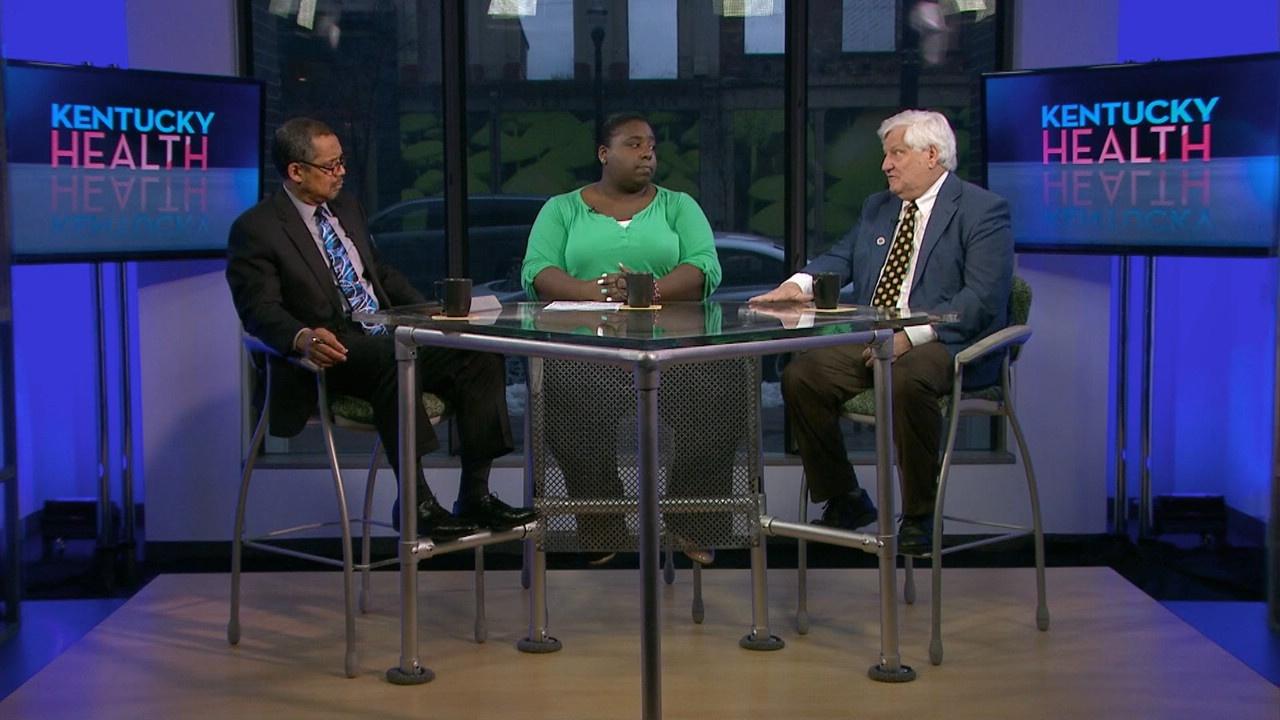