On this episode of Kentucky Health, host Dr. Wayne Tuckson speaks with Tim Farmer, the former host of KET’s “Kentucky Afield” and the current host of “Tim Farmer’s Country Kitchen.” Farmer offers tips for hunting, fishing, cooking, and food prep and preservation and also shares some anecdotes about his lifelong love of eating food he raised or caught himself.

Spreading the Gospel of Good Eating

Tim Farmer has developed a large and loyal fanbase through the years as the host of popular KET programs centered around his philosophy of “Good times, good friends, and good eats.”

Farmer and his wife Nicki have shared numerous recipes on “Tim Farmer’s Country Kitchen” that reflect a desire to create meals that rely as much as possible on locally-sourced ingredients and don’t shy away from taking creative leaps. He’s convinced Kentuckians to try out-of-state foodstuffs such as scrapple (a staple of the Rust Belt) and opened their eyes to pulling snacks from their yards such as dandelion stems, leaves and flowers. It’s all part of his belief that how one prepares and consumes food is vitally important to physical and mental wellbeing.

“I’m not against anything,” Farmer says when reflecting on cooking methods. “You want to get to that end process, so you’ve got to cook it.” He says that his approach to food is different than a lot of people in contemporary society as he grew up in a very rural setting and was taught the benefits of hunting, fishing, and growing your own food by “old timers” who mentored him. “Food is all around you,” he says. “Take advantage of what’s around you, but know your stuff.”

As befits the longtime host of “Kentucky Afield,” Farmer is an expert in hunting, fishing, and gardening. He tries as much as possible to use every part of a deer, turkey, fish, or any other animal he captures, and the same goes for vegetables, whether he finds them in nature or grows them himself.

“You have to be careful with mushrooms – as we forage for mushrooms, we always put a warning on there,” he says. “We’re eating these mushrooms because we know what they are. You have to be responsible for what you gather and put in your mouth, because you might wake up dead.”

As for gardening, Farmer encourages viewers to devote time and learning toward starting a small one on their property if possible. “Nothing beats a homegrown tomato right off of the vine – there’s just something about it,” he says. If that’s not possible, he recommends visiting local farmers’ markets to get the freshest and best produce.

Farmer is a big proponent of canning food to preserve it without adding any chemicals. “Your shelf life is fairly long there,” he says. Farmer and his wife can deer meat if there’s enough leftovers after a hunt, and he raves about the changes in texture and taste that occur when the deer meat is extracted later to cook and eat. Farmer adds that he and his friends have also canned fish, particularly the invasive bighead and silver carp species that have overpopulated waterways in western Kentucky.

“I would recommend people go to websites, like Ball Canning sites, so you can get the times, the temperatures, and the pressures,” he says. “And there’s elevations involved – if you’re out west, if you’re at 5,000 feet, it’s going to be different than what it is here. It’s very complicated.”

Farmer stresses that people who choose to can or pickle their food follow all instructions closely and seal their jars airtight. Failure to do so can introduce toxins in the food, leading to botulism, a serious illness caused by bacteria that attacks the nervous system and can lead to paralysis and even death. Likewise, he instructs viewers to make sure that all air pockets are eliminated inside the bag when freezing meat, to prevent freezer burn. He says that some vegetables lose flavor and texture when freezing, but corn and green beans are two that can be preserved in the freezer.

“Pickling is interesting because a lot of times if there’s fermentation involved, you have probiotics,” Farmer says. He says that he and his wife are planning to pickle corn, whereby he’ll cut the corn off of the cob, pack it in jar, and then add some water and salt. “Then you let that ferment, just like you would do with sauerkraut.”

Farmer notes that smoking was originally a common method for preserving meat before refrigeration became commonplace. “With meat smoking, the smoking itself is anti-bacterial,” he says. In recent decades, smoking has introduced new flavors for pitmasters to experiment with and has become used more as a cooking method rather than for preservation. “Some of the old timers I used to know, they used to smoke their hams and hang ‘em up, and they’d eat on those things for years,” he says.

When cooking meat, Farmer makes the choice whether to fry, roast or grill based primarily on the cut. “One of the things years ago that I wanted to share with folks was how precious this meat is that we’re taking in, this organic meat,” he says. “I wanted to share the process on how not to waste any meat, how to do it, how to field dress it, and time is of the essence. You want to get that deer cleaned as quickly as possible and get it processed as quickly as possible.”

Farmer says that too many grillmasters overdo things – “they cook the fire out of it.” He prefers grilling steaks to medium rare at most. He says that often, simple seasonings are all that are needed: a quality pepper, good salt, garlic, and maybe paprika. “If you have a tenderloin or a backstrap from a deer, that generally is something I would want to grill,” Farmer explains, “you want to get that really precious flavor. And I’ll do a red wine reduction with that.”

Similarly, Farmer touts the health benefits and the enhanced flavors of roasting vegetables with just a little seasoning, which he says his wife Nicki has become expert at doing. “Olive oil, a little bit of salt and pepper, I think it really brings out those sugars, it’s one of the best ways (to cook), and it’s healthy,” he says.

Farmer highly recommends cooking with a red wine reduction, where he will mix red wine and other ingredients and seasonings and heat it until enough of the mixture has evaporated that a slightly thick sauce remains. Farmer learned the method from French chef Raoul Desprez, whose daughter was Farmer’s neighbor. After being amazed at the flavors that were unlocked using red wine reduction to pair with venison, Farmer began experimenting with other reductions for other meats.

“You get to playing, and all of these thoughts run through your head and you start going out to fancy restaurants and going, ‘that’s thyme,’ or ‘that’s nutmeg,’” he says. “How do you get to that point? I think we all have it to varying degrees, and we need to practice that.”

Recently, Farmer and his wife “chicken-fried” a larger, less flavorful cut he had recently hired someone else to extract and clean. “You make a batter with flour, and you season that accordingly, and I cut (the meat) into hand-size pieces and put them inside of a plastic bag and pounded them out, tenderized them,” he says.

“You take that and you dip that in flour, then you dip it in the egg mixture, and then you put it in your seasoned flour – and then you have chicken-fried venison… now that’s a lesser cut of meat and it’s not the healthiest thing in the world, but man is it delicious,” he says.

Dr. Uzoma A. Anele, director of genitourinary reconstructive surgery at the University of Louisville, talks about surgical and non-surgical options for treating urinary incontinence. 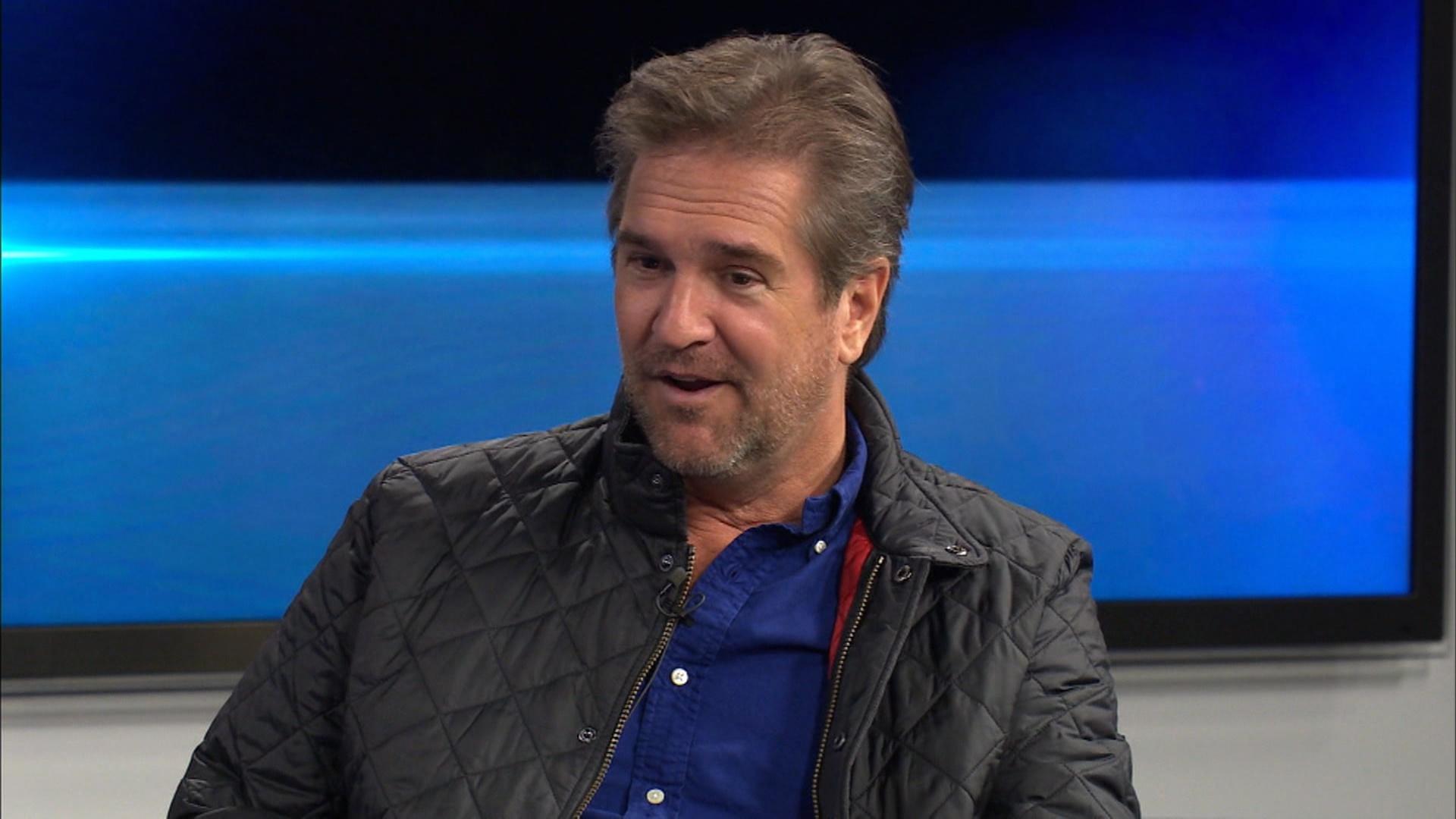