Music and Medicine: A Melodious Path to Better Health

For centuries, music has been used to help brighten moods in the face of physical or emotional torment. And now, more than ever before, medical professionals use the elemental pull of music on humans’ sensory experience to alleviate conditions including post-surgical pain, high blood pressure, and depression. Music is also a time-tested means of spreading awareness about illness and disease, which was especially important through most of human history leading up to the 20th century and the advent of electronic media and broadcasting.

In this episode of Kentucky Health, host Dr. Wayne Tuckson speaks with a pharmacist and bluegrass musician about the ways music can be used as therapy. We also review some effective message songs about medical conditions from the past 100 years.

Dr. Kristen Preston, PharmD, earned her doctor of pharmacy degree at the University of Kentucky in 2003. She is an assistant professor of pharmacy practice at the Appalachian College of Pharmacy in Oakwood, Va., and practices with United Medical Group, based in Pikeville. Preston also plays mandolin in the all-female bluegrass band Coaltown Dixie, which provides the end credits theme music for Kentucky Health.

Music as Communication
Preston, a deeply devoted music fan since childhood, has long been fascinated by how singers and musicians can spread a particular message out into the public in endlessly creative ways. She says that what she refers to as “illness songs” or “disease songs” have been a part of American culture since the country’s origin. For examples, she presents a series of audio clips that show how deeply embedded topics such as sickness, disease, and mental health are in our nation’s musical roots.

“Jake Leg Blues,” by the Mississippi Sheiks, dates back to the Prohibition Era. The song describes a medical condition with a fascinating backstory. According to Preston, an alcoholic concoction using Jamaican ginger extract was made to meet the demand of drinkers who craved a product that would pass muster with regulators. However, an additional additive in the drink turned out to be a neurotoxin, causing partial paralysis – “jake leg” – in anyone who imbibed.

“And the drinkers’ gait was very specific, they had a limp that you could see,” Preston explains, “so when the song says, ‘Here he comes, I tell you here he comes’ it’s like you can see this person coming down the street and you can tell they drank this product and then got this disease.”

She adds, “What I think is really interesting about ‘Jake Leg Blues’ is that in this time, physicians didn’t keep medical records like we have to now, and there certainly wasn’t an electronic health record. And for poor folks, specifically, medical care was hard to come by and records may not have been kept. And so there really aren’t medical records about this ailment, but the record we have is from song, is from the music. That’s how we know that this existed.”

“Influenza,” by Ace Johnson, is a blues song recorded in the 1930s by the famed audiologists John and Ruby Lomax. It vividly describes symptoms of the flu, and warns about how serious getting it was during an era before widespread vaccination.

“The thing about these older songs is that they’re very specific in the details, and he says ‘It’ll make you weak in your knees,’ ‘In a few days you’ll be gone,’ ‘Death came creeping in the air,’” Preston observes. “It’s very specific and it’s a warning – and I would say, it’s the time of the year to get your flu shot, so I’ll plug that in there as well.”

“The TB Blues,” by Jimmie Rodgers, is a 1931 song from the “Singing Brakeman.” It laments the infectious bacterial disease that would end up taking Rodgers’ life at the age of 35.

“There were a lot of songs about tuberculosis,” Preston says. “TB was quite the epidemic at that time, I even had a great-grandparent who died young with what was called, ‘quick consumption,’ which was another word for TB.”

“Black Lung Blues,” presented in a version from British folksinger Harding, documents a disease Kentuckians know all too well. Given the prevalence of black lung disease among coal miners – due to coal dust particles accumulating in their lungs – it’s no surprise that contemporary musicians are still writing songs about it, Preston says.

The song was written by the late Nimrod Workman, a native of Martin Co.

“What I think is really interesting about that song is that they use the medical terminology, even for this older song – pneumonoconiosis,” she notes “It’s difficult enough to say, let alone to sing, but in every chorus you hear, ‘pneumonoconiosis, the black lung blues,’ and why they chose to do that and use the medical terminology I’m not sure, but again, these, what I call ‘disease songs,’ are so specific in talking about the symptoms and the disease itself.”

A newer song is “Hurtin’ Inside,” by the Boxcars. Preston observes that in an era saturated with instant communication between patient and physician as well as constantly evolving medical knowledge, “illness songs” such as this recent one are still being created. Many of them help to reduce the stigma associated with a certain condition, as in the case of this bluegrass song, which addresses depression.

Preston says that it’s unusual, and refreshing, to hear the male musicians in the Boxcars delve into the causes of depression, since most television commercials for anti-depressant drugs target women.

“Carcinoma Blues,” is by Kentucky native and award-winning bluegrass musician Sam Bush and was co-written with the late country songwriter Guy Clark. Both were stricken with cancer, and Clark died from lymphoma in 2016.

“This song addresses not only being a patient but the loved one, the family member who’s having to deal with this – and also, yes, the insurance issue,” Preston says. “A lot of musicians don’t carry health insurance, many cannot afford health insurance. And they couldn’t 50 years ago, and they still can’t. So it’s as relevant today as ever.”

Hazel Dickens’ performance of “Black Lung” comes from a documentary about the late, legendary singer and activist, “It’s Hard to Tell the Singer from the Song.” It is another musical reflection on the scourge of black lung disease in Appalachia, highlighting the indifference coal companies showed to their laborers for decades and the lack of medical support.

Musicians can make a statement about a public health issue with their image as well as their songs, Preston says. A famous example dates from the early 1990s, when the Atlanta hip-hop trio TLC affixed condoms to their outfits during their rise to fame, spreading a safe-sex message during the height of the HIV/AIDS epidemic.

Music as Physical and Emotional Therapy
Preston has incorporated her own talents as a bluegrass musician into her medical career. She performs with former colleagues at a hospital she worked at in the Rehab Band, which goes to the inpatient rehabilitation floor at that hospital once a week to entertain patients recovering from strokes, accidents that required surgery, and other events that require re-learning physical tasks.

The group also plays at nursing homes on occasion. “One of the musicians told me last week that they played and a lady came up to them afterward and said that the week before she’d considered taking her life,” Preston says. “But the power of this music, and the joy she got from it, was giving her a reason to live.”

Musical therapy is offered through about 60 programs in the country, Preston says, including at the University of Louisville and the University of Kentucky medical schools. Such programs have demonstrated the effectiveness of using music as a means to relax patients prior to procedures, help alleviate pain and anxiety after procedures, and promote overall wellness.

While not a musical therapist herself, Preston has called on her musicianship and her knowledge of music history to help ease patients through stressful moments during an exam.

She tells a story about a visit she and her students made to the largest remote medical clinic in the country, held at Wise, Va., close to the southeastern Kentucky border. One of the thousands of patients over the weekend to receive free medical care was a 10-year-old boy, who panicked when he was told he had to get a tetanus shot.

“We are bribing him with ice cream, with treats – anything to get him to calm down and get this shot, and he’s just hysterical,” Preston recalls. “So I think, ‘How can I connect with this child?’”

Preston asked the boy what kind of music he liked, and expecting a contemporary artist, she was surprised to hear him say 1950s country music singer Johnny Horton. “Because I’m kind of a music geek, I know some Johnny Horton, so I say, ‘We’re gonna sing, we’re gonna sing through this,” she says.

While leading the boy through a few lines of Horton’s hit song “The Battle of New Orleans,” she gave him the tetanus shot without any major incident, and he went on his way.

“It was a great example for my students to see music used as therapy,” Preston says. “And, you know, I play in a band and I play music for a lot of people, and I love to play in a way that brings enjoyment to others, but there was nothing like that experience of being able to use music, using something I loved, to help a young child through a process.” 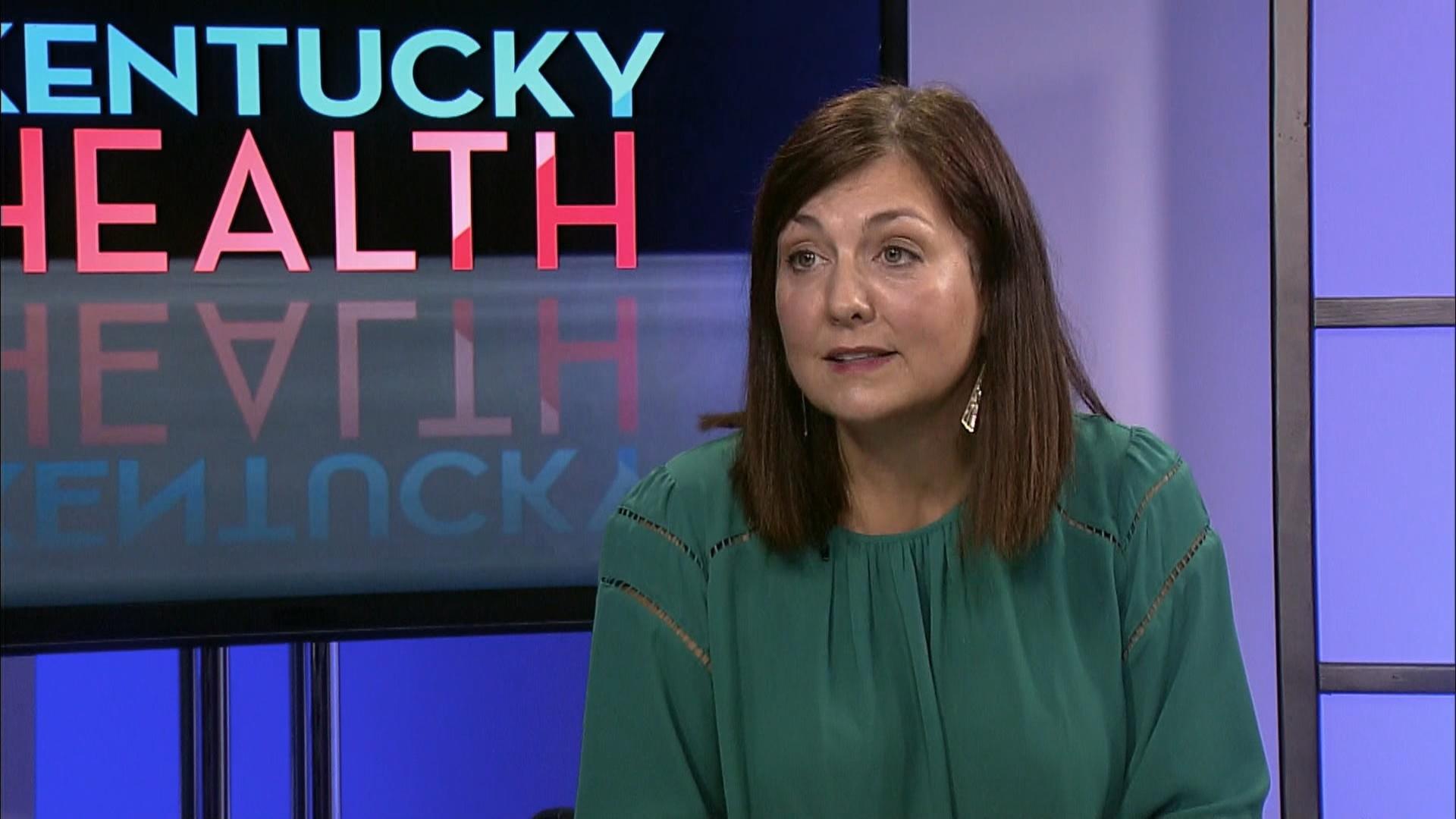