Dr. Michael Egger, leader of the Cancer Care and Control Program at UofL James Graham Brown Cancer Center, talks about pancreatic cancer and how difficulties in early detection have contributed to making it one of the deadliest forms of cancer today.
Season 16 Episode 15 Length 26:53 Premiere: 1/31/21

Professor of Oncology Discusses the Latest Findings on Pancreatic Cancer

A Disease That Is Difficult to Diagnose

While the mortality rate for all cancers has decreased in recent years due to advances in prevention and treatment, pancreatic cancer remains one of the deadliest forms of cancer. Egger says that pancreatic cancer is the 11th most common type of cancer in the U.S., with about 57,000 new diagnoses estimated in 2020. However, it is the fourth leading cause of cancer-related deaths.

“For most people who get pancreatic cancer, it’s simply bad luck – we don’t really know (the cause),” Egger says. “Maybe about 10 percent of cases will be associated with some genetic or familial relationship.” If a person has a first-degree relative who was diagnosed with pancreatic cancer at a relatively young age, he or she is at increased risk and should let the primary care physician know about this history in order to monitor for symptoms and schedule an imaging test, Egger says.

There are some known risk factors for the disease: smoking, alcohol use, obesity, and a history of chronic pancreatitis (inflammation of the pancreas). But Egger says by and large pancreatic cancer diagnoses are sporadic and spread out among the entire population. He says that men have a slightly higher risk of developing pancreatic cancer, and that about 75 percent of cases occur in people between the ages of 55 and 75.

The pancreas is located what Egger terms a “high rent district,” in the abdomen behind the stomach and below the liver. The organ has two main functions. First, it makes hormones that are secreted into the body to regulate various functions, the most well-known of which is insulin that controls blood sugar. Second, it makes digestive juices that are sent to the intestines and help break down food. The two main types of pancreatic cancer involve each of these two functions, and the type affecting the production and secretion of digestive juices (adenocarcinoma) is the more common - and more aggressive - type.

While there are screening procedures available to test patients for common cancers such as colon cancer, breast cancer, and prostate cancer, an easy and reliable screening test for pancreatic cancer does not exist. “That’s part of the problem we have in why it’s such an aggressive disease,” Egger says.

Pancreatic cancer has a very aggressive biology, Egger says. Even if doctors locate a tumor in the pancreas and remove the part of the organ where it exists, surrounding cells still may contain cancerous mutations. “I tell my patients that I don’t worry about the cells on the X-rays that we can see, I tell them that I worry about the ones floating around that we can’t see,” he says. “We think that’s the main problem with pancreas cancer is that most people think that at some form, it’s metastatic on a microscopic level once we get it diagnosed.”

Absent an effective screening protocol, most pancreatic cancers are not diagnosed until the tumor has grown large enough to cause symptoms, and Egger says that by that time the cancer has usually metastasized. Most pancreatic cancers form on the head of the pancreas where there is the most tissue, he explains, and most common symptom of cancers from this area is jaundice (yellowing of the skin and eyes). This occurs when the tumor grows large enough to obstruct the bile duct adjacent to the pancreas, which drains bile from the liver. Tumors located at the tail of the pancreas near the spleen often don’t cause any symptoms at all until they have grown very large, Egger says.

“The most common way we diagnose someone with pancreas cancer is painless obstructive jaundice,” Egger says. “They show up and their eyes have turned yellow, their skin has turned yellow, and they don’t hurt, maybe they’ve lost some weight, that’s the pattern. Typically, an imaging study such as a CT scan will show a mass at the head of the pancreas.”

Once the mass has been identified, a tissue biopsy will be ordered. “We need to have a cancer diagnosis because really, we have changed the way we treat pancreas cancer over the last several decades. We’ve moved toward a chemotherapy first approach.” Egger says that surgeries are performed, but they are very complicated and usually reserved for the 10 percent of patients who are diagnosed with localized pancreatic cancer.

In Whipple surgery, Egger says the most difficult steps occur when trying to reconnect parts of the various remaining organs so a patient can regain digestive function and what’s left of the pancreas can still supply hormones and digestive juices. “Making those connections, often times that’s where the complications from the operation can occur,” he says. Those complications include nausea and the leaking of digestive juices which can cause infection. The recovery time is several months, Egger says.

When finalizing a treatment plan, Egger says he’ll first determine the stage of the disease, measuring how far it has spread. “If they have metastatic disease, surgery is not necessarily an option for that patient, unless it’s in very unique controlled studies,” he explains. “And so if we diagnose them with metastatic disease the treatment first and foremost is going to be chemotherapy.”

Egger adds that even for the small percentage of patients with a localized cancer diagnosis, preoperative chemotherapy may be recommended.

“It’s a little unsettling at first – if a patient gets diagnosed with cancer, they want it out yesterday, right?” he says. “But going back to the biology of cancer, pancreas cancer is very aggressive. And even if we’re not seeing any spread of the disease, I worry that the patient may have metastatic disease. We talked about how tough the operation can be, and the last thing I want to do is to put that patient through that operation where they may stay in the hospital seven to 10 days and then not feel well for two or three months, and then a month later, they have a spread of the cancer to their lungs.

“So we start with chemotherapy,” he continues. “The idea is, we can control of this cancer with chemotherapy, and we have more effective chemotherapy now than we ever have. After we’ve sort of given that patient the test of time – we’ve tested the biology – if that cancer hasn’t spread then we say, okay, we’re going to take a run at this.”

Egger and his team will administer chemotherapy first and then track a key tumor marker to see if it declines before making the final decision on whether to perform surgery. Another area to consider is co-morbidity, he says. If the patient already has other health difficulties and/or lacks a good support system for recovery, surgery may not be an option.

“It’s a true team sport. It’s what we call multi-modality effort,” Egger says. “If you have pancreas cancer and you’re only talking to one doctor, that’s probably not right. I think that at minimum, there’s two or three folks involved in each patient’s care, and we talk to each other and we try to figure out the best plan.” 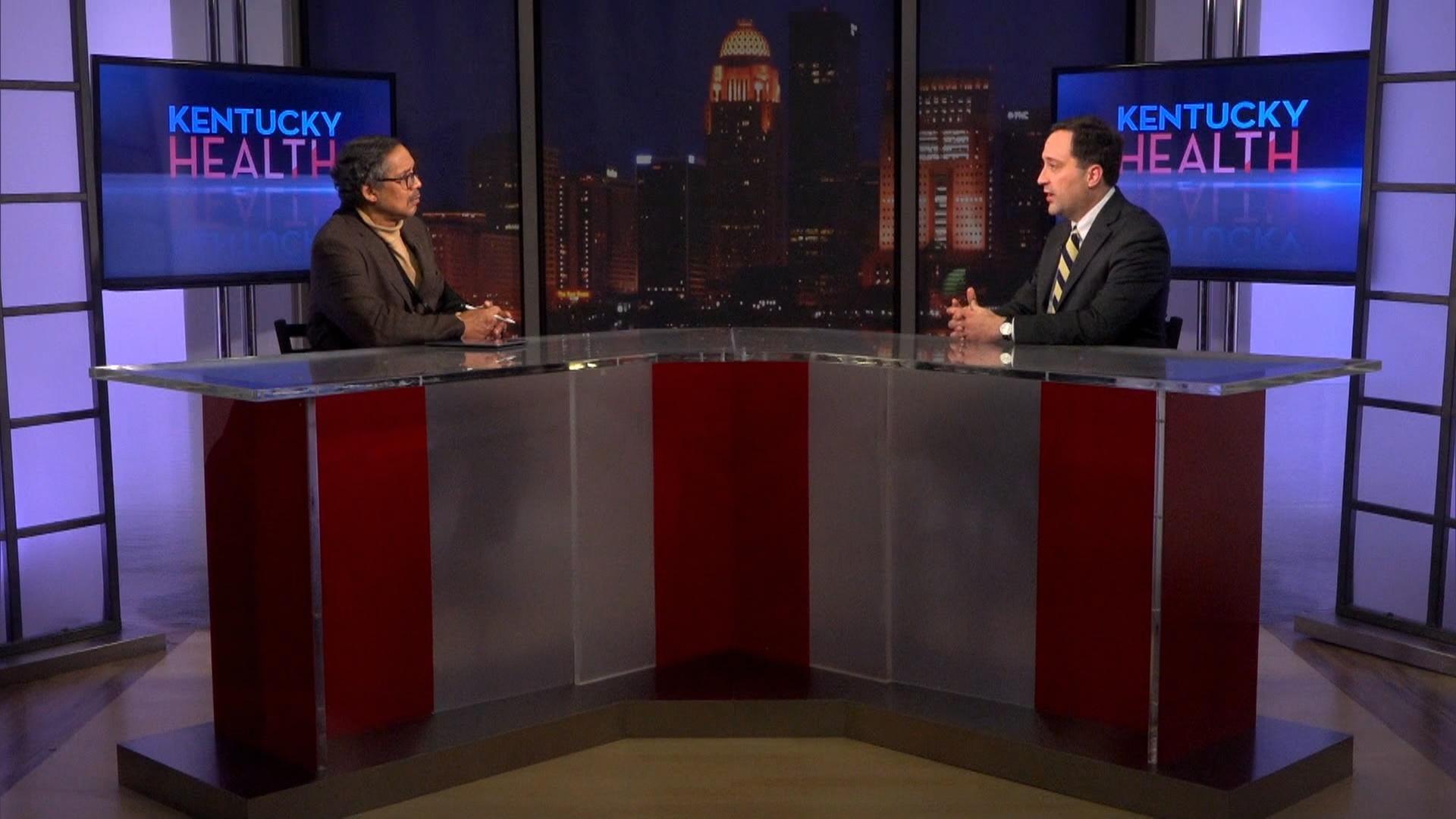