“If you know diabetes, you know medicine.” So says Kentucky Health host Dr. Wayne Tuckson, based on the fact that the chronic disease affects many different organs in the body. Diabetes cases are on the rise in the United States. According to the American Diabetes Association, the number of people with the disease has jumped from 25.8 million in 2010 to 29.1 million in 2012.

Rising incidence rates for diabetes among young people, minorities, and those living in rural areas are particularly troubling. In this week’s episode of Kentucky Health, Dr. Tuckson talks with the authors of a recent diabetes study about the national epidemic and its impact on public health policy in the commonwealth.

Dr. Gilbert Friedell, MD, is the director emeritus of the Markey Cancer Center at the University of Kentucky and the founder of the Friedell Committee on Health System Transformation. J. Isaac Joyner, MPH, is a public health analyst based in Lexington who has 30 years of policy experience. They are the co-authors of The Great Diabetes Epidemic: A Manifesto for Control and Prevention, published in 2014.

Dr. Friedell, who came to UK in 1983 and was the first director of the Markey Cancer Center, has received numerous honors for his service toward medically neglected Kentuckians. During his time working with populations in Eastern Kentucky, he came to realize that diabetes was a grave, and under-reported, contributor to the overall health problems.

“What happened with me is that I began working with cancer in Appalachian Kentucky, and there I found that diabetes was, for many of the people, a bigger problem than cancer,” he says. “And what were we doing about it? Well, we weren’t doing enough about it because we weren’t recognizing it as the epidemic that it really is.”

According to Friedell, approximately 600,000 people in Kentucky have diabetes. In addition, 1.1 million Kentuckians have pre-diabetes, a condition in which the key indicator of diabetes – elevated glucose levels in the blood – is present, but not yet at the level of Type 2 (adult-onset) diabetes.

“Pre-diabetes can last over a varying length of time, but let’s say that there’s a 10-year window in which you can diagnose pre-diabetes before you get symptoms,” Friedell says. “That’s the time we need to be doing something about the problem.”

Risk Factors, Complications, and Considerable Costs
Once a person is diagnosed with Type 2 diabetes, he or she will need to manage the disease vigilantly. Diabetes can lead to serious, even life-threatening, complications that impact many different organs, Joyner says.

““Diabetes per se is one thing, but we’re really talking about a lot of complications that are really serious,” he notes. “Blindness – [we have] 72,000 cases of visual impairment in Kentucky per year; we have 820 cases of renal failure, where people will be going on dialysis; and there’s about 1,000 amputations in Kentucky that occur per year from diabetes – that’s about three a day.”

There is no single cause of diabetes, but Joyner and Friedell cite long-term changes in diet and exercise habits as leading contributors to growing obesity among Americans. For example, Friedell notes that the average weight for an adult male in the U.S. has risen from 166 pounds in 1960 to over 190 pounds today. Obesity and family history are generally considered to be the two main risk factors for the disease.

Diabetes is more prevalent among African-American and Hispanic populations, and Joyner notes that Eastern Kentucky is part of a larger “Diabetes Belt” in Appalachia. For many in that region, diabetes is a way of life, says Friedell. “Here is a non-contagious disease epidemic, but the fact that it is non-contagious means that it doesn’t frighten many people. ‘Everybody’s got a touch of sugar in my family,’ I’ve heard that said over and over again.”

“A lot of people think diabetes is inevitable,” Joyner adds. “Everyone has a little bit of sugar [in their blood], everyone gets it, it’s a part of aging. But actually, it’s very preventable. Diabetes Type 2 is very preventable.”

The substantial complications that arise from diabetes are but part of a larger “health and wealth” problem, according to the authors. Rising incidence rates impose massive costs on insurers, patients, and Kentucky’s public health infrastructure. Joyner points out that a person on Medicaid with diabetes averages nearly $10,000 more a year in health care costs than a person who does not have diabetes. That level of cost inflation is also seen in the private insurance market, and businesses are also affected by employees with diabetes who retire early or become less productive at work due to the disease.

The Need for Comprehensive Screening
This growing diabetes epidemic requires a collective, committed, and comprehensive solution, Friedell and Joyner argue, and it starts with screening. According to Friedell, a simple finger-stick test that measures the way glucose is transported in the blood (known as the A1C test) can reveal whether a person is diabetic, pre-diabetic, or in a normal range.

Joyner notes that in 2015 the Kentucky Employees Health Plan began offering diabetes screening to public sector workers. This measure is a good start to what he and Friedell believe must be a statewide program that captures all at-risk demographics. Joyner recommends that the finger-stick test be administered to persons who are overweight starting at age 40.

“[Screening] is something that we think needs to be done more universally, to catch all of these cases,” Joyner says. “One reason is, 25 percent of people [who have] diabetes don’t know it. And, they are really on the road to having these complications occur. They need to be in treatment, they need to be managing their disease. About 90 percent of people who have pre-diabetes don’t know it. If they knew it, they could start doing things to keep them from developing diabetes.”

Once a screening program is established, Kentucky’s health care stakeholders will be better able to construct an effective prevention and treatment program for diabetes, Friedell says.

“Particularly, we think it’s terribly important for us to start out with kids,” he says, “early on, in preschool and in school, to get them to understand what exercise and a proper diet can do for them.

“In order to do this, we have to invest some money up front,” he adds. “You invest money up front, and you get this return. Unfortunately, you have to wait a few years to get the return. The return is the savings: You don’t get cash back, but you don’t have to spend $10,000 [extra] per person.”

Friedell notes that Kentucky has considerably reduced its incidence and mortality rates for colon cancer with a coordinated prevention and control program. He believes similar progress can be made with diabetes – and that ultimately it will take a community effort to permanently change individual habits.

“We’re talking about diabetes not as an individual health problem – we’re talking about it as an epidemic,” he says. “And what we’re saying in the book is that it’s a community health problem. You have to get everybody involved. You have to get across the point that the community says, ‘This is our problem; it’s not your problem.’ We have to stop blaming the victim. Instead, we have to look on this as something that we collectively can deal with.” 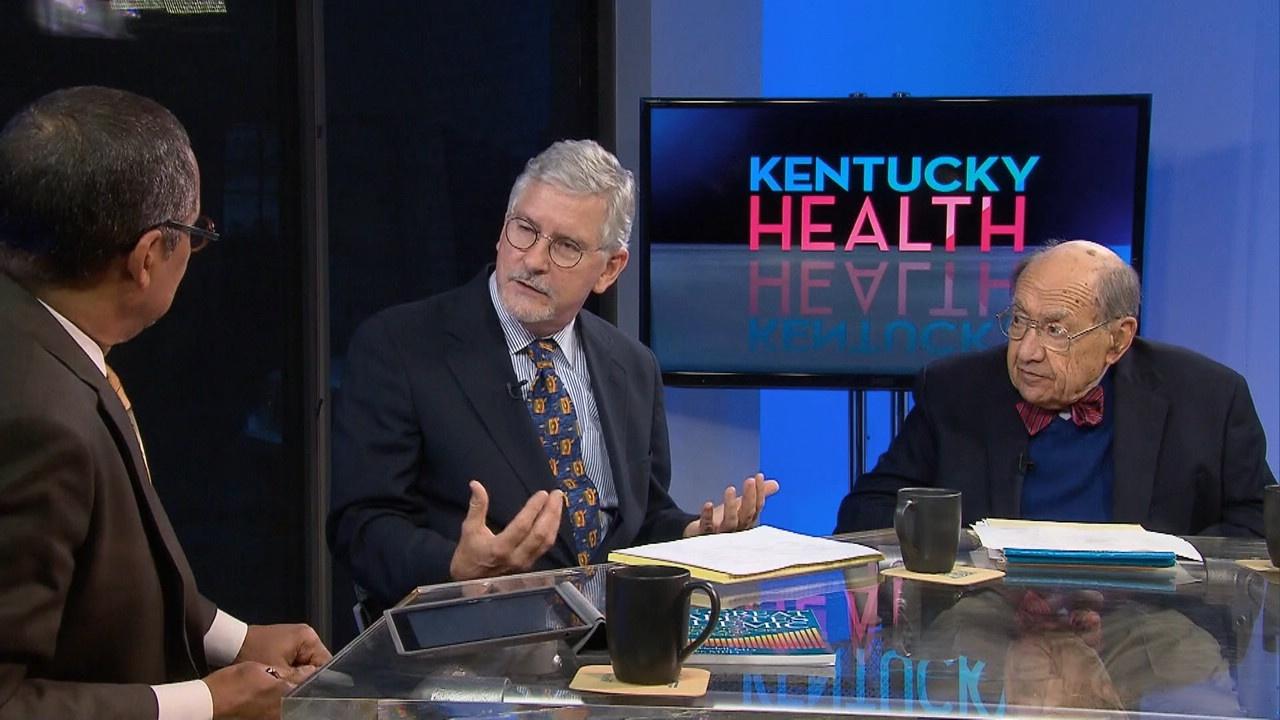