This program looks back at the extraordinary career of Merle Travis, the Kentucky guitarist and songwriter best known for his songs "Sixteen Tons," "Dark as a Dungeon," and his unique finger-picking style.
S7 E2 Length 57:06 Premiere: 2.1.16

Merle Travis took the experiences of his early years growing up in Muhlenberg County, Ky., to the national stage and rode the rising tide of country music’s popularity in the years following World War II. His considerable talents as a singer, songwriter, bandleader, and guitar-picking pioneer still reverberate in the heartbeat of American music today, more than three decades  after his passing.

In this Kentucky Muse, family members, friends, protégés, and music historians remember Merle Travis as a man who remained forever modest about his significant contributions to country and western music, and who never wavered in his devotion to his roots in Western Kentucky.

Shaping a Local Sound and Taking It to the World
Born on Nov. 29, 1917, Merle Travis never lived anywhere in Kentucky other than Muhlenberg County, which sits within the state’s western coalfield. As it turned out, Muhlenberg County was also deeply embedded in a region brimming with musical innovation.

Adjacent Ohio County brought forth Bill Monroe, father of bluegrass music. Muhlenberg was home to Ike Everly, a renowned musician who along with his wife, Margaret, became the parents of first generation rock ‘n’ roll superstars, the Everly Brothers.

Growing up in the Depression era in a family that struggled to make ends meet, Merle Travis was immersed in music from an early age onward, and performing came naturally to him.

“I don’t ever remember actually sitting down and practicing to play the guitar,” Travis wrote in his autobiography. “You can tell that from the way I play…. The guitar was there, and when I felt like it, I grabbed the thing up and picked around on it, just like when I passed the water bucket, and if I was thirsty, I’d take a drink. I’d feel around the strings until a chord sounded right, and then I’d flail away on that pretty sound that I discovered.”

That pretty sound would eventually be known as “Travis picking,” and it would inspire countless guitar players across all musical genres. Merle Travis was the first to acknowledge that he did not invent the style, however. It was a fingerpicking sound and style associated with Western Kentucky, tracing back to the touring African-American musician Arnold Schultz from the early 20th century and adopted by local guitar maestros Kennedy Jones, Mose Rager, and Ike Everly. Rager and Everly especially were major influences on Merle Travis as he learned, and then mastered, the form.

“Travis picking,” as demonstrated by contemporary players Eddie Pennington, Thom Bresh, and Ben Hall, requires a very dexterous right hand that can pick out rhythm on the bass strings while also playing chords and a melody. Travis emphasized thumbpicking, and for the most part relied only on his right thumb and forefinger to do all the work. The result was a syncopated, rich sound that, according to country music Hall of Famer Merle Haggard, “sounded like two guys.”

“Travis’s chord knowledge, up and down the neck of the guitar, was not that of your basic hillbilly player,” said country music guitarist and singer Marty Stuart. “How he put all of it together, and made chords fly and words fly and style fly at all the same time, it was a sight to behold. It was just a great sound to hear.”

Merle Travis gained exposure throughout the region as he toured with various bands, and his popularity grew once he started performing on radio in the late 1930s, with Cincinnati’s powerful WLW the conduit to a broader audience. Travis performed with another Kentucky native, Louis “Grandpa” Jones, during this time, and forged a lifelong friendship with Jones, his wife Ramona, guitar slinger Joe Maphis and his wife, Rose Lee, and several other local legends.

“Merle was the product of a whole bunch of different kinds of influences,” said music historian Cary Ginell. “In addition to the Appalachian hard country sound, he listened to all kinds of music. He loved blues, he loved Western swing, and he loved honky-tonk. All of these kinds of music kind of percolated in his head – and it would come out as Merle.”

From the outset, Merle Travis had the full entertainment package: abundant talent, original songs, and an ease in performing that belied insecurity, according to his daughters Merlene and Cindy. Travis was also an accomplished cartoonist, and he had an eye for clothing and visual style that would serve him well as he made the move to Hollywood in 1944. Wherever he went, he took his musical roots with him.

“When I’m Gone, Just Make My Tombstone out of No. 9 Coal”
Merle Travis hit Tinseltown ahead of the postwar economic boom, with motion picture making at its height and television just around the corner. He was a popular attraction of the short-lived but influential medium known as “Soundies,” 16mm films of musical performers that were distributed via visual jukeboxes. Merle gained fame with songs such as “No Vacancy,” about the struggles of World War II vets in finding permanent housing, and the gospel-tinged “Silver Spurs.” His reputation as a guitar innovator and bandleader spread quickly, and he was a pivotal influence on Chet Atkins, who began his own Hall of Fame career shortly after Travis emerged.

In 1946 came “probably Merle’s most personal statement, and his seminal album,” according to Ginell. Travis recorded “Folk Songs of the Hills” after being requested to cut a disc of folk music. It contained traditional numbers like “Nine Pound Hammer” along with some Travis originals inspired by his formative years in coal country. The album “wasn’t a hit, but this is where everything from Merle’s upbringing came out for the first time,” said Ginell.

“Merle shined the light back through his songs, on these miners back home, until people looked at them different,” said guitarist and Kentucky native Eddie Pennington. “They saw them just as hard working people, not just as a bunch of thugs, roughnecks and all, just as people having a hard time making a living, working a dangerous job. Merle shined a light back on it and showed that they were real people.”

Two Merle Travis originals on “Folk Songs of the Hills” have become standards. “Sixteen Tons,” a catchy ode to the tough life of a coal miner, would be resurrected by Tennessee Ernie Ford in 1955 and become a Number One hit on both the country and pop charts. The song’s signature line “I owe my soul to the company store,” references the scrip stores many coal miners relied on to live. Thom Bresh said that Merle came up with the line by following the notion that “If you say something that people have never heard, they’ll remember it.”

Perhaps even more enduring is “Dark as a Dungeon,” which has been covered by Johnny Cash (on his groundbreaking live album “At Folsom Prison”), Dolly Parton, Willie Nelson, and many others. The evocative ballad “is a song that is as deep as any in the American Songbook,” said Marty Stuart. “The song itself is very cinematic, but it is born of experience, born of legend…. The entire story of [coal miners’] lives is wrapped up in the walls of that song.”

Celebrating a Musical Pioneer
“So many great artists pass on without [getting] the recognition due them,” said music historian Mark Cantor. “Luckily, Merle doesn’t fall into that category.”

Travis continued to make music up to his death on October 20, 1983. His contributions were praised by countless musicians and fans. A special moment, preserved on audiotape, happened in 1956 when Travis returned to the hamlet of Ebenezer in Muhlenberg County for Merle Travis Day, where a plaque was unveiled. According to Eddie Pennington, whose parents grew up nearby, several thousand people from the region attended, along with Gene Autry and other distinguished guests.

Inducted into the Country Music Hall of Fame in 1977, Merle Travis shaped the careers of many subsequent stars as country music grew in popularity during the late 20th century. As Merle Haggard put it, “His accomplishments were many, and things I admired… and so his success was an example that I followed.”

To the end, Merle Travis was humble about those accomplishments, and his daughters Merlene and Cindy believed that was due to his own experiences growing up in a culture of hard work. His success and legacy came due to that hard work, along with an incredible amount of talent and a creative spirit.

As daughter Cindy Travis said, “My dad was so talented, at so many things, but especially at playing guitar, and it came so naturally, and he did it from the very beginning when he was young, that he didn’t think he was anything special.”

Part of the acclaimed KET series Signature, this 1995 documentary profiles author and University of Kentucky professor Ed McClanahan, from his experiences as a member of the Merry Pranksters in California in the 1960s to his sprawling novel The Natural Man and his autobiographical work Famous People I Have Known. A 2010 KET production.

Kris Kristofferson, Billy Bob Thornton, critic Leonard Maltin are among those interviewed in this profile of Kentucky-born character actor Harry Dean Stanton. The documentary explores Stanton's early life in Kentucky, his love of music, and his extensive work in films, including his leading role in "Paris, Texas". A 2011 KET production.

Tin Can Buddha (Mitch Ivanoff, Rodney Hatfield, and Lee Carroll) is joined by Caroline Dahl, Harry Pickens, Gail Wynters and other Kentucky performers in a blues- and piano-focused concert recorded at the Kentucky Center for the Arts. A 2011 KET production.

Interviews and performance segments take you into the life of New York City Ballet principal dancer Wendy Whelan, a Louisville native who began dancing with the Louisville Ballet Company as a child. 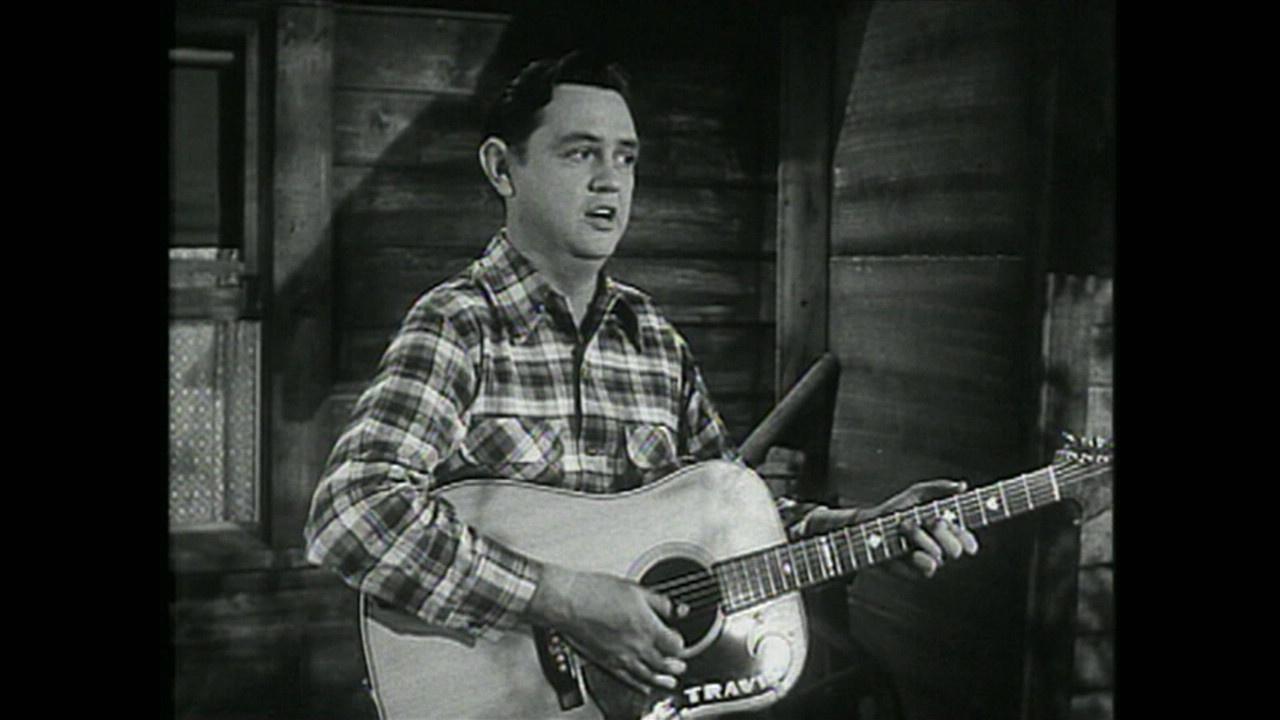