Edelen is a native of Meade County and a graduate of the University of Kentucky College of Agriculture. Before being elected as auditor in 2011, Edelen served as director of the Kentucky Office of Homeland Security and as chief of staff to Gov. Steve Beshear. In the private sector, Edelen was a vice president for Commerce Lexington, and an executive for a restaurant management company.

“I know when government can work and when we can implement business principles to make it work more effectively and more efficiently,” Edelen says.

Mike Harmon is a graduate of Boyle County High School and Eastern Kentucky University, where he majored in math, statistics, and theater. He has worked in banking and insurance, and was elected to the state House of Representatives in 2002. His 54th House district includes Boyle and Casey Counties. Harmon ran for lieutenant governor with Republican Phil Moffett in 2011.

“I represent an area that’s heavily Democrat and I think as an auditor, it’s important… to serve everybody, not just one group or another group,” says Harmon.

Qualifications for Auditor
The auditor’s office is a watchdog agency that reviews public spending to ensure that taxpayer dollars are being properly and efficiently used. The office performs more than 600 annual audits, including those of every state agency and county government as well as other entities that receive state funding. Additional special audits are conducted at the request of citizens, elected officials, or the Legislative Research Commission. The auditor is funded by fees the office charges to conduct audits and through an appropriation by the General Assembly.

Edelen says being auditor is the second best job in the state because of the opportunities to foster reform in public agencies. As examples he touts his investigations of Medicaid managed care contracts, the Jefferson County Public Schools, special taxing districts, and former Agriculture Commissioner Richie Farmer. Edelen collaborated with current Commissioner James Comer, who is a Republican, on reforms for the agriculture department.

“In a state like Kentucky where we are divided politically, if you want to do big important things, you have to be willing to work with folks on the other side of the aisle,” Edelen says. “I have had no reluctance in doing that and I think we have a sterling record of bipartisan accomplishment as a result.”

Harmon says his skills in math and statistics will make him a good auditor as well as his open-door policy to local officials and citizens who have a problem. As a Republican in the Democratically controlled state House, Harmon says he’s spent more time stopping bad bills than advancing good ones. He is proud of the work he did on a 2008 law to regulate the contact protocols for providers of personal emergency response devices.

Harmon adds that the auditor should be someone of high ethical standards.

“If you look at the founding of our country…or go back to our original documents, you can see that our founders really came from a Judaeo-Christian background,” says Harmon. “So I think it’s important that we have individuals that have a strong moral background.”

But the candidates disagree on the root of the problem, especially in the teacher pension plan. Harmon cites figures from the KTRS actuary that largely blame the underfunding on 13 years of flat investment returns. Edelen says the problems are the result of legislators not adequately funding the system.

“This current state of misery that we find ourselves in didn’t just happen during the great recession,” Edelen says. ”It’s because we have neglected making the investments that we needed to make for over a generation.”

Because of a lack of transparency in KRS, Edelen says the auditor’s office would need an additional $250,000 to hire the actuaries and lawyers necessary to conduct a performance audit of that system. He says the 2015 General Assembly wasn’t willing to make that allocation in a non-budget year. If reelected Edelen pledges to revive that request in the 2016 session.

Harmon agrees that a performance audit is a crucial first step to addressing the pension problem.

“If we’re going to fix the systems, we need to look at all the evidence, figure out what we can fix, and then the state needs to go ahead and fully fund it,” Harmon says.

In the teacher system, Harmon declines to say whether benefits should be reduced for new hires, but he does indicate that the length of service time might need to be extended. On the idea of issuing bonds to shore up KTRS, Harmon questions Edelen’s support for a plan proposed by House Democrats earlier this year to issue $3.3 billion in new bonds.

Edelen says the solution will require financial discipline on the part of the state to guarantee the solvency of the teacher pension plan. He criticizes Republicans for not offering an alternative to bonding.

“I’m not wild about the idea of borrowing money to invest in the system, but we are well past having any good options left,” says Edelen. “There are no easy decisions to make and in an environment like the one we’re in, ‘no’ isn’t an option.”

Regardless of the stabilization plan lawmakers eventually pursue, Harmon says the next auditor will have to find every possible savings in state government spending to devote to the pension liabilities.

“If we’re going to fix the pension systems, if we’re going to fully fund those [actuarially required contributions], which we have to both for KTRS and for KRS, we’ve got to squeeze every dollar that we can,” Harmon says.

Other Issues for the Auditor’s Office
Harmon says he’s concerned that more audits don’t result in prosecution for wrong-doing. He claims that of 68 audits that were recommended for criminal investigation only about eight of those were prosecuted. Harmon says he would work closely with the state attorney general to ensure a better record of prosecution.

Edelen responds that the results of auditor investigations are referred to the proper local, state, or federal authorities. He says he and previous auditors have been frustrated by how slowly the justice system works on those cases. But Edelen notes his office’s work has resulted in prison time for several public officials.

Harmon also says he’s heard from county judge executives and local police chiefs who question audit policies, such as how much audits cost and how audit results may change from administration to administration. Edelen says that audits that come from his office are much more thorough and therefore take more time than private audits that are merely review balance sheets. But he adds that the auditor’s office charges a lower rate than most commercial CPA firms. 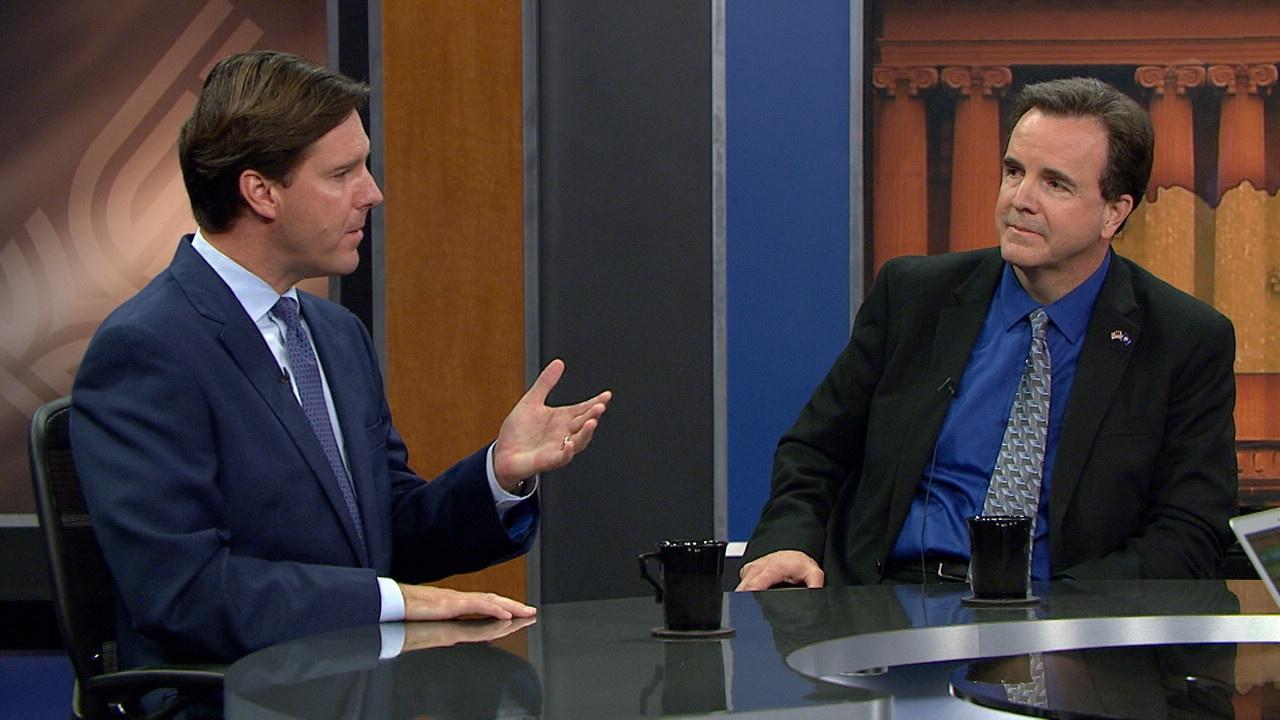