Here’s a recap of what the contenders had to say about themselves and several key fiscal issues facing the commonwealth.

Allison Ball is a native of Floyd County and a bankruptcy attorney in Prestonsburg. She also served four years as Assistant Floyd County Attorney, prosecuting child abuse cases. Ball says she sees the treasurer’s job as being the chief financial officer for the state.

“I don’t think anybody has a better grasp of the money that’s coming in to the commonwealth of Kentucky or the money that’s going out,” Ball says. “That puts you in an unique position to be an advocate for fiscal responsibility.”

Rick Nelson has represented state House district 87 in Harlan and Bell Counties for 15 years. He was born in a Harlan County coal camp and retired from teaching school after 29 years. Nelson says the treasurer should be more visible to the public.

Teacher Pensions
In addition to being a custodian of the state’s money, the treasurer also sits on the Kentucky Teachers’ Retirement System Board of Trustees, which is responsible for administering the pension program. Because the system faces about $14 billion in unfunded liabilities, KTRS has become a significant financial challenge for the commonwealth.

Nelson says lawmakers simply didn’t have the funds to allocate to the annual pension system payments because of budget cuts during the recession years. Nelson says being a legislator who’s worked on state budgets and a retired educator makes him uniquely qualified to serve on the KTRS board.

“Having a teacher as a treasurer, I think, would be a big deal because there’s 157,000 teachers either retired or active in the system and they’re counting on that money coming in,” Nelson says.

Ball says that as treasurer she would bring a fresh set of eyes to the KTRS problems. She calls for greater transparency in how the system operates. She also favors an investment audit and a review of how KTRS compares to other state pension plans. Ball says she would also consider benefit changes for new hires.

“I’m mindful of the fact that there’s only so much that I can actually do as a board member, but I can help shine light… and I can be an advocate,” Ball says. “The actual fixes, though, they have to come from General Assembly.”

The candidates also differ on the proposal made by House Speaker Greg Stumbo (D-Prestonsburg) in the last legislative session to issue $3.3 billion in bonds to shore up teacher pensions. Ball says she opposed the plan, while Nelson says he voted for it.

Nelson contends there are only two ways to fix the pension problem: put more money into the system, which Stumbo’s bonding plan would have done, or make structural changes for all new hires, including upping the retirement threshold from 27 to 30 years of service.

Lottery and Expanded Gaming
The state treasurer is also a member of the Kentucky Lottery Board of Directors. Both candidates say they would ensure that lottery proceeds are properly allocated to the educational scholarships the games were created to support, including the popular Kentucky Educational Excellence Scholarship (KEES) program.

Ball questions whether the lottery board had the authority to launch the KENO game in 2013. She contends that should have been decided by the state legislature. Nelson says he never heard any arguments in the General Assembly about the new game. He says if KENO was illegal, someone would have filed a lawsuit to stop it.

The two also oppose expanded gaming. Nelson says he’s never voted for any proposal to bring more gambling to the commonwealth. Ball says it’s a dead issue and the state needs to explore other ways of generating new revenues.

Tax Reform
The Democrat and Republican say the state needs to overhaul its tax system and that they would use the profile of the treasurer’s office to advocate for those reforms.  Nelson says updates to the tax code should be equitable and designed to generate more revenue for the state. He credits Gov. Beshear’s Blue Ribbon Commission on Tax Reform for generating some good suggestions, but he wonders how many changes the legislature would be able to make at once.

“When tax reform comes out, it might be better to do a piecemeal [approach], to phase it in because I don’t know if the General Assembly would be able to pass a big, comprehensive tax reform,” Nelson says.

He also says he supports the idea of a tax holiday on school supplies the weekend before school starts each year.

One idea the reform commission presented was to broaden the sales tax to include certain services. As an attorney, Ball says she opposes that idea because the values of services are hard to quantify, and she fears it would be a “slippery slope” to more taxes. Ball says she prefers changes that will make Kentucky more competitive with its neighboring states.

“I want to help businesses grow… which helps regular people and whenever that happens, revenue goes up,” Ball says. “I would like to see simplification of what we’re doing, I want to see it fair, and I want to see it stimulate the middle class.”

Other Goals for the Office
Nelson argues that it’s important for the treasurer to remain an independent watchdog for taxpayers. He says that as treasurer he would travel the state to teach financial literacy classes to Kentucky school students, which he says he could pay for with grant money. He also wants the office’s unclaimed property program known as Treasure Finders to visit every county in the commonwealth to help people claim what’s owed to them.

Ball also notes the watchdog role of the treasurer and says she wants to make the office more transparent. She says she wants to replicate an online portal that the state of Ohio has created that allows the public to see all government transactions. Ball says the office has a small budget, so she would avoid traveling or taking on new functions like financial literacy classes, which she contends are being done well by the private sector. 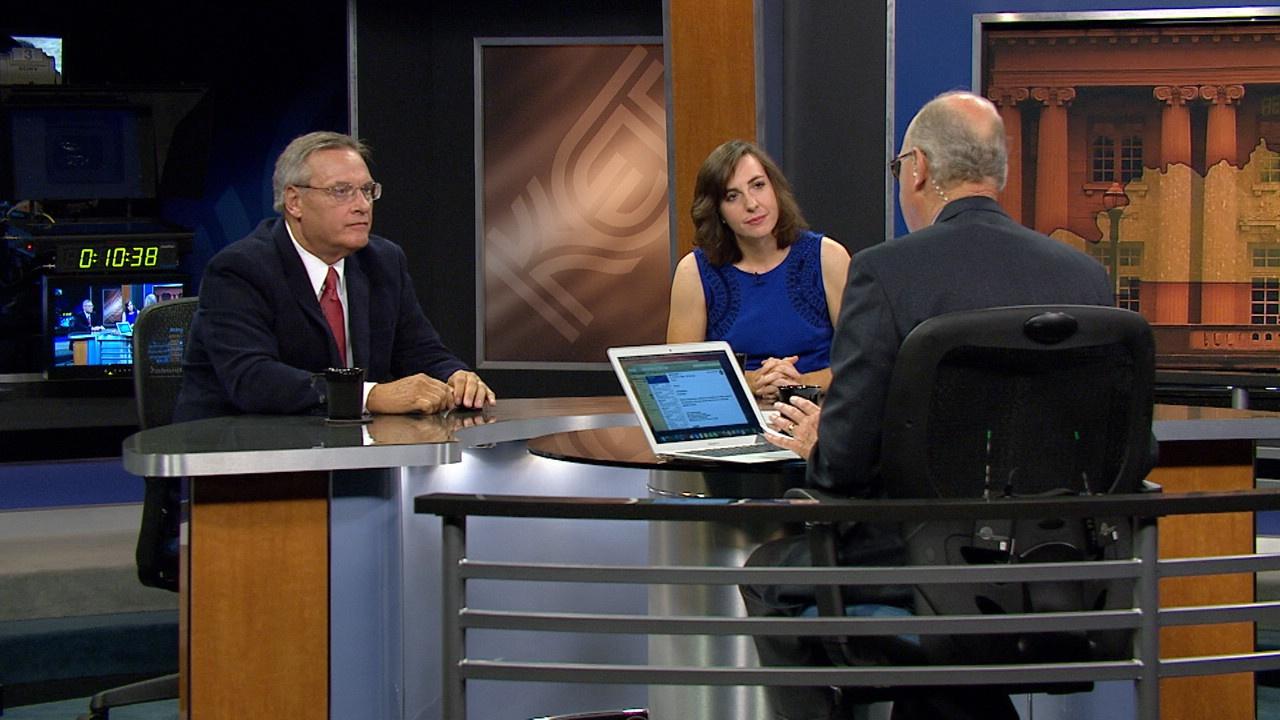