A bill before the Kentucky General Assembly would require social studies teachers in the state’s middle and high schools to include instruction on 24 documents from American history, texts that include the Mayflower Compact, the Dred Scott decision of the U.S. Supreme Court, and Ronald Reagan’s 1964 “A Time for Choosing” speech.

Sen. Max Wise (R-Campbellsville) says his Senate Bill 138, known as the Teaching American Principles Act, is a response to parents and educators who have asked for academic standards on what students should learn about the nation’s past and present.

“This does not limit what teachers can or cannot teach in the classroom,” says Wise. “We think it’s a good way of looking at core American documents, be able to align those documents with those standards as it relates to our children’s education, [and] make them better citizens and focus on things such as freedom and equality and personal agency that make our country what it is.”

SB 138 is one of several bills before the legislature this session that seek to put guardrails around the teaching of sensitive topics like slavery and racism. More than two dozen states around the country are considering laws to limit instruction on subjects the sponsors contend divide Americans and make students feel uncomfortable or responsible for the actions of their ancestors.

The trend is seen as a backlash to Critical Race Theory, a decades-old academic concept that examines how racism has impacted American history, people, and institutions. CRT is generally the purview of scholars on university campuses, not something taught to elementary, middle, or high school students. But in the wake of the social justice protests of 2020, some politicians have seized on CRT, claiming it indoctrinates youth into thinking that America is a racist nation and that one race or gender is superior to another.

Wise says his bill does not mention critical race theory, and merely addresses the need to align middle and high school social studies standards with the elementary school standards that already exist. He says a committee substitute to SB 138 addressed concerns that critics of the measure had with the original bill. He says the legislation is meant to promote critical thinking about the challenges of America’s past, and unify students, teachers, and parents. The legislation also prohibits teachers from requiring or incentivizing students to advocate for issues that they or their parents might oppose.

“We want to be instrumental in stressing the importance of how to learn, and not actually what to learn,” says Wise.

Kentucky Department of Education Commissioner Jason Glass commends Wise for wanting to bridge the gap between people who have different views on how race and history should be taught.

“This is happening because we’re in a politically motivated time that arose in the wake of George Floyd’s murder, Breonna Taylor’s killing, reactions to that that happened across the country, and then a counter-reaction to that,” says Glass.

But Glass says SB 138 is unnecessary, especially when student learning has been significantly disrupted by COVID and schools are struggling to find enough teachers. The commissioner also disputes language in the bill that says defining racial disparities solely on the legacy of slavery and Jim Crow laws “is destructive to the unification of our nation.” He says slavery and racism were present from the beginning of the nation; therefore, it’s important for students to learn about the lasting impacts those have had on America.

“Either we believe in representative democracy and that our students and citizens are capable of taking on tough issues, or we don’t,” says Glass. “If we believe that they are, then we need to let our kids wrestle with difficult issues such as these in the classroom.”

SB 138 doesn’t go as far as other proposed bills that would empower the state attorney general to investigate teachers who stray from proscribed standards and fine schools for ongoing violations. But Glass says it still sets a dangerous precedent by having lawmakers promulgate certain documents to be taught in classrooms.

“Once you go… through a political process specifying specific curricula resources that are to be used, we’re in a different world than Kentucky’s history of allowing these decisions to play out locally,” says Glass.

“We do want to give local control, and we don’t want to get into telling a teacher anything about what can and cannot be taught,” says Wise. “But in terms of setting the standards, absolutely the legislature can have control of doing that.”

Debating the Diversity of Viewpoints

The Senate passed SB 138 on a party line vote of 28 to 8 on Feb. 24, and the legislation now awaits action by the House, where representatives have proposed several of their own bills on the teaching of history.

Rep. Attica Scott, a Louisville Democrat, has a measure that would require public middle and high schools to teach the history of racism in the United States. She calls Wise’s SB 138 a “classroom censorship” bill that would limit instruction on certain topics.

A fundamental flaw in the legislation, according to Scott, is that 18 of the 24 core historical documents listed in the bill were written by white men. She says five were by black men, and one by a white woman.

“I want Kentuckians to be critical thinkers about what is missing here,” says Scott. “The fact that there are zero core documents by Black women says something about our humanity not being respected and reflected.”

Wise says the 24 primary sources referenced in his legislation are merely a starting point, and lawmakers might recommend additional documents in the future. He also says he wants teachers to supplement that list with other documents that are appropriate for students of that age to study and that fall within other guidelines in the bill that call for promoting American values of equality, freedom, individual liberty, cooperation, hard work, and good citizenship.

“This is probably not going to be the end, maybe it opens it up for more,” says Wise.

Even proposing such legislation is problematic for some teachers. Christina Frederick-Trosper, a social studies teacher at Knox Central High School in Barbourville says SB 138 creates the impression that there’s widespread problem with history instruction that Frankfort must correct.

“This bill implies that we’re somehow doing something secretive and dark behind our classroom door and nothing could be further from the truth,” says Frederick-Trosper. “It is very hurtful, and it does nothing to lead our commonwealth forward, and it does nothing to help with the education of Kentucky’s public school children.”

Teaching History ‘Warts and All’

Wise says his bill draws from materials created by 1776 Unites, a project of the non-partisan Woodson Center in Washington, D.C., that celebrates Black excellence while rejecting a culture of victimhood. Ian Rowe, an advisor to 1776 Unites and a senior fellow at the American Enterprise Institute, testified at an interim committee meeting last summer when Kentucky lawmakers discussed critical race theory and the teaching of history.

Rowe contends that history should be taught, “warts and all.”

“Let’s get away from this idea that when we’re teaching history we have to choose between a fully sanitized version or a cherry-picked negative version,” says Rowe. “There are many inspiring stories where you don’t have to… run away from racism but that reinforce the very ideals… of faith, family, hard work, free enterprise, entrepreneurship. These were the mechanisms by which people moved from poverty and persecution to prosperity.”

1776 Unites has produced a high school history curriculum that Rowe says presents a full and authentic representation of the African American experience. He says curricula like his can improve students’ knowledge of history and foster literacy and other important skills.

“Let’s not lose site of the fact that we are in the midst of a literacy crisis for all students and how we talk about that shouldn’t get overshadowed by these controversies around history,” says Rowe. “If we want our kids to become critical thinkers, we have to give them great content to be critically thinking about.”

Scott says that’s all the more reason that SB 138 should reflect a greater diversity of historical viewpoints and experiences.

“If we want to improve literacy among our students, make sure that students have the opportunity to read about themselves and to learn about their history,” says Scott. 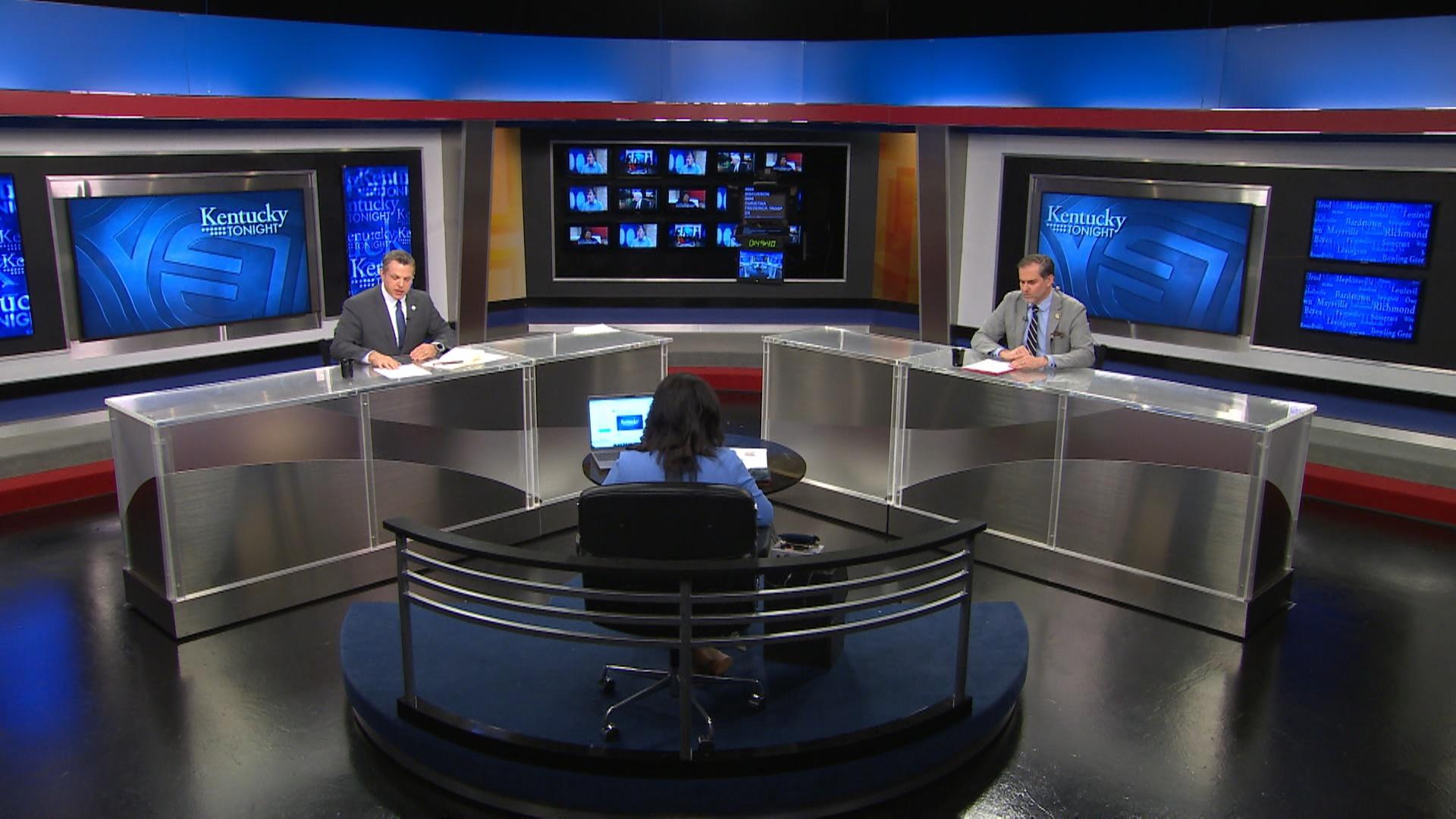