Public Employee Pensions: Where Will the Money Come From?

The marble and granite halls of the state capitol may start to look like the proverbial rock and a hard place to legislators as they grapple with the public employees pension crisis.

Paying the actuarial required contributions to the Kentucky retirement systems for the next two years alone could more than consume any new revenues generated in the state, leaving lawmakers no options to increase funding for education, road projects, or other civic needs.

KET’s Kentucky Tonight explored the origins of the pension problem and some of the options for addressing it. The guests for the discussion were Public Pension Oversight Board co-chairs Sen. Joe Bowen (R-Owensboro) and Rep. Brent Yonts (D-Greenville), as well as Jason Bailey, executive director of the Kentucky Center for Economic Policy, and Bryan Sunderland, senior vice president of public affairs for the Kentucky Chamber of Commerce.

The Road to Crisis
How did Kentucky go from having a retirement system that was 125 percent funded in 2001 to one that Bloomberg Business News recently called “the nation’s worst-funded state pension”? The panel notes three primary causes:

Bryan Sunderland says the shortfalls in the various pension programs range from $3.7 billion for the county employees system to $14 billion in the teachers’ pension program.

Are There Other Problems?
Sunderland points to a 2013 Pew Charitable Trusts study that indicates those three factors account for only about half of Kentucky’s pension woes. To determine the other problems, Sunderland and the Kentucky Chamber of Commerce have called for a performance audit to determine how well the state systems are managed by the investment advisers, why they don’t match performance benchmarks that other states meet, and what the administrative costs actually are.

“Let’s figure out before we infuse a bunch more into the system [how] this money is going to work, not only for the taxpayers, but for the people that were promised benefits that are becoming increasingly concerned they’re not going to be there,” Sunderland says.

Sen. Bowen, who is chair of the Senate State and Local Government Committee, agrees with Sunderland’s idea for a performance audit. He notes it would provide greater detail into the operation of the systems than lawmakers normally get from the regular actuarial audits of the finances of the various programs.

Rep. Yonts and Jason Bailey are less sanguine about the performance audit idea. Yonts says he’s concerned about the cost of such an audit and who would pay for it, the Legislative Research Commission or the pension systems.

Bailey of the Kentucky Center for Economic Policy wants to see more details about the performance audit plan before he can fully embrace the idea.

“At some point we have to understand and recognize that the pension problem is not primarily a pension problem,” Bailey says. “It’s a budget and tax problem… It’s more important that we begin to pivot to this broader discussion about revenue.”

More Money from Tax Reform
Bailey and Yonts say the state will be hard pressed to make the projected ARCs for the next two years, much less have any money left over for new budget priorities. That’s why they argue tax reform must be considered as a way to generate additional revenues for the state. Yonts says updating Kentucky’s antiquated tax system is key to fixing the pension systems and other problems facing the commonwealth.

Bowen contends such reforms would be simpler than many people think, especially if legislators focus on closing loopholes.

“We currently have a system that gives far too many exemptions to far too many different entities that are not paying their fair share of taxes,” Bowen argues. “So we need to start by devising a tax code that’s fair and equitable.”

Bryan Sunderland concurs with the need for tax reform, but cautions it must be done in a way that increases revenues, promotes economic growth, and makes Kentucky competitive with other states. He says even if the state generated $1 billion annually in new tax revenues and put all of that money towards the pension systems for the next 20 years, they still wouldn’t be fully funded. That’s why he urges additional reforms to the retirement plans.

Changes to Benefits
The call for “structural reforms” is often heard in the pension crisis debate. But the options for changing how Kentucky’s systems operate and how they pay out benefits may be limited.

Bailey says benefits in the state employees retirement system were cut in 2008 and in the 2013 reforms. Benefits to those in the Kentucky Teachers’ Retirement System (KTRS) were reduced in 2002 and 2008. And he says personnel in both systems have had to make increased contributions to their own retirements.

“So the ability to make these so-called structural changes and actually save money is limited,” Bailey says, “particularly because the benefits that have been earned are under an inviolable contract and owed legally and morally to the employees.”

House State Government Committee Chairman Yonts says that some of the changes made to the Kentucky Employees Retirement System (KERS) two years ago couldn’t be replicated in KTRS. For example, he says state employees are eligible for Social Security benefits whereas teachers are not.

Bowen adds that lawmakers have never discussed switching KTRS from a defined-benefit plan to a defined-contribution plan, primarily because of the Social Security issue.

To Bond or Not to Bond
Another source of revenue that’s been discussed is pension obligation bonds. In the 2015 General Assembly session, House Democrats proposed issuing $3.3 billion in bonds to help shore up KTRS. The idea stalled in the Republican-controlled Senate over fears of increasing the state’s overall debt.

Rep. Yonts contends the state will have to do some kind of bonding to help two of the systems maintain their liquidity. In addition to the proposed KTRS bond issue, he says KERS would need about $250 million in bonding.

“We’ve got to give them some cash through a bond issue to create more income so they can better function, better perform, and not be… going broke,” Yonts says.  “That’s what we have to do this next session.”

Sen. Bowen says bond issues are a huge gamble because of the vulnerability of such investments to market conditions. He says pension bonding done by the city of Detroit and by the states of Illinois and New Jersey ended up jeopardizing their systems more than they actually helped them.

But Bowen acknowledges Kentucky may have to look at bonding as an alternative to selling off assets to generate cash for benefit payments.

“When you start selling off your assets, you have no way to earn money in the market and that’s the challenge that they’re faced with,” Bowen says. “So, yes, they do need cash and they need cash now.”

Sunderland and Bailey agree that reducing assets is a bad strategy. But Bailey adds that pension bonding isn’t a new idea in Kentucky. He says the state did a small issue in 2010 for the teacher retirement system.

The Role of the Governor
The lawmakers say the budgeting process tends to complicate the pension situation. Since state budgets begin and end in the governor’s office, Sen. Bowen contends that Gov. Steve Beshear and his predecessors are complicit in the funding problems.

Bowen explains that legislators tend to follow the governor’s lead on what kind of ARC payment to make in a given year. Some years lawmakers have contributed more to the pension systems than the governor recommended, according to Bowen.

The Kentucky Chamber of Commerce’s Bryan Sunderland says its difficult for lawmakers and laypeople to know how much money has been allocated to pensions until state budgets are passed. He says he hopes the next governor will work more closely with legislators to determine how much the retirement systems actually need and how they’re going to pay for it. 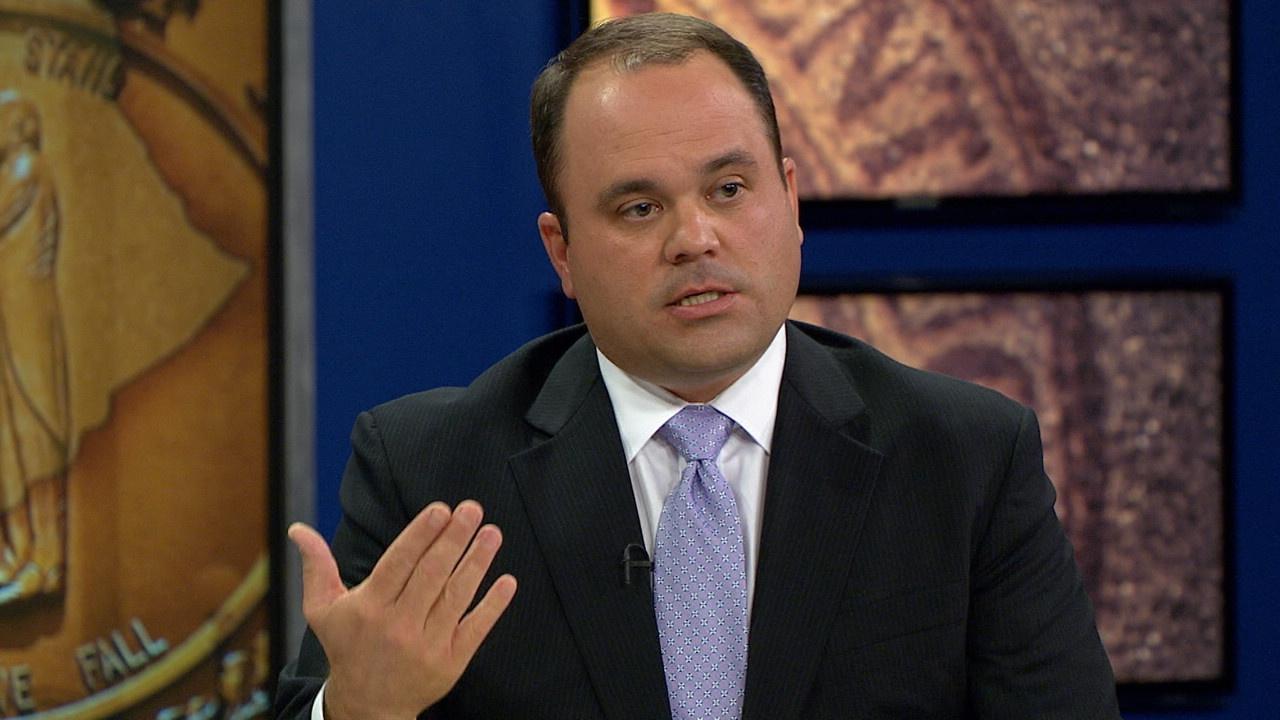