In the next year, Kentucky will have a new governor, a new education commissioner, and a new biennial budget – each of which could have a substantial impact of the state’s public schools.

1. Funding
A report from the Center on Budget and Policy Priorities, a think tank in Washington D.C., indicates Kentucky has cut base funding for education more deeply than most other states in the past seven years. Despite a boost in school funding in the current budget, the study says the commonwealth is spending $561 less per pupil this year than it did in 2008.

Richard Innes of the Bluegrass Institute for Public Policy Solutions (BIPPS) says several factors make it difficult to accurately compare school funding across states. But he acknowledges if you consider a general total of education spending, Kentucky ranks 40th among all states. He argues for cutting the number of aides and administrators in schools, which would allow districts to hire more teachers and pay them better.

Senate Education Committee Chairman Mike Wilson takes a slightly different approach to boosting teacher pay. He says studies show class size doesn’t adversely affect student performance in upper grades. So he suggests making those classes bigger, which would necessitate fewer teachers who could then be paid more. Overall though, Wilson says Kentucky has one of the best funding models for public education.

The Prichard Committee’s Brigitte Blom Ramsey says Kentucky taxpayers do get a good return on their education investments. But she contends the current formula to equalize funding among school districts has fallen short recently.

“Through the recession years, it’s been pretty clear that equity is not holding across the state of Kentucky,” Ramsey says. “So our poorer counties and poorer school districts are having to put more into local education.”

Despite the budgetary challenges, House Education Committee Chair Derrick Graham says teachers are continuing to produce excellent results. He reports that college readiness scores for state high school graduates have increased from 34 percent in 2010 to 62 percent in 2014. He also credits Gov. Steve Beshear for making education a funding priority throughout the recession years.

2. Teacher Pensions
Another budget matter that looms large for state lawmakers is the $14 billion unfunded liability in the Kentucky Teachers’ Retirement System (KTRS). Earlier this year, House Democrats proposed a $3.3 billion bonding issue to bolster KTRS, but the measure failed to gain traction in the Republican-controlled Senate.

Rep. Graham says the House bonding plan was a step in the right direction. He contends the bond issue would not have increased the state’s overall indebtedness nor would it have affected Kentucky’s bonding rating. He says the measure would’ve increased funding for KTRS from its current 54 percent to 72 percent by the year 2035.

Sen. Wilson views that bonding proposal as too risky for the commonwealth. He prefers creating a legislative task force similar to what lawmakers did when they reformed the Kentucky Employees Retirement System. Wilson says a KTRS group would do a comprehensive review of the system and make recommendations to fix it, which could include bonding or structural changes.

Richard Innes of BIPPS agrees that the Democratic bonding plan involved too much risk for the state. He says an overhaul of KTRS should be done in coordination with fixes to the other five state-level pension systems. And that work, Innes says, will need to include a fundamental reform of Kentucky’s tax system.

“We have a major problem. We have to deal with it now,” Innes says. “I think legislators are starting to say, ‘we really have to step up to the plate and we may even make some constituents upset with us.’”

Brigitte Blom Ramsey praises Gov. Steve Beshear for his recent move to create his own 23-member panel of educators, public officials, and civic leaders to study the issue. She says lawmakers must uphold the promises made to teachers in the pension system while also protecting the state’s bond rating.

Innes says he’d go “whole hog” for early childhood education but he’s troubled by research he’s reviewed that shows any benefits children receive from Head Start diminish by the time they reach third grade. He says that means those programs aren’t as effective as they could be, or that there’s a flaw in K-3 education that’s causing any gains to be lost.

4. Common Core
In 2010 Kentucky became the first state in the nation to adopt the Common Core Standards for math, language arts, and English. But since then the standards have become increasingly controversial. Republican candidate Matt Bevin has even promised to repeal the standards if he’s elected governor later this year.

Sen. Wilson says Common Core isn’t the best set of standards available, but he believes them to be better than what Kentucky previously had. He says critics have three basic problems with Common Core: that they are an example of federal overreach, the testing is too expensive, and student privacy may not be adequately protected. He says the state has implemented rigorous protocols to safeguard student data that’s sent to a federal Common Core database. And he says the state opted out of the national testing consortium and created its own testing system.

As for federal overreach, Wilson says Common Core doesn’t mandate a curricula, it simply sets benchmarks for what students should know as they complete each grade. Rep. Wilson adds that the standards grew out of work started by business leaders, educators, and the National Governor’s Conference.

“They all came into existence, these Common Core standards, because of the global economy,” Wilson explains. “This is what business says we need to do in order to make sure that we can be competitive on a global basis… That’s how the standards were put into place, it wasn’t from the national government.”

Brigitte Blom Ramsey of the Prichard Committee further emphasizes the local involvement in not only creating the initial standards, but in a year-long survey of teachers and parents the state is now concluding on how to best update the standards for Kentucky.

Richard Innes of BIPPS argues the standards aren’t rigorous enough, especially for advanced learners. He contends Common Core doesn’t include provisions for classes like trigonometry, physics, or calculus, and he fears those courses will eventually be dropped from school curricula. Innes also questions the validity of the performance standards the testing is designed to measure.

5. Charter Schools
For several years, Republican lawmakers have sponsored legislation to allow for the creation of charter schools in Kentucky. A recent measure proposed by Sen. Wilson would have created a five-year pilot program to enable local school districts to create their own charter schools. He says the charters would provide educators and parents an option to address achievement gaps among Kentucky’s poor and minority students.

“If my kid was in a failing school for one year, I’ll pull them and I would do whatever it took to put them in a private school or somewhere where they’re going to get the education and get the attention that they need,” Wilson says. “But they don’t have that option, they don’t have that in the west end [of Louisville] where you have 14 failing schools… Let’s give them another tool in the tool box, and that’s what charter schools are.”

Rep. Wilson says Kentucky already allows for a type of charter school through its Districts of Innovation legislation. That enables school districts to petition for waivers to state education laws that will allow them to try new classroom strategies. He says that keeps control within each community by allowing the local school board and school-based decision making council to decide the path their schools will take. He fears charter school legislation would siphon limited funding from public schools and give it to private companies that often operate the charters.

Innes says the District of Innovation model is dying because so few schools are interested in pursuing it. (Only seven school districts have been granted innovation waivers since the law was enacted in 2012.) Plus he says the achievement gap problem is getting worse in Kentucky, while the 42 states that have charter schools have seen improved performance.

Ramsey says there are indications that charters may benefit poor African-American students, but she contends the research is inconclusive as to the greater efficacy of charter schools. She says the debate should focus on how Kentucky closes its achievement gap instead of whether citizens are for or against charter schools in the state. 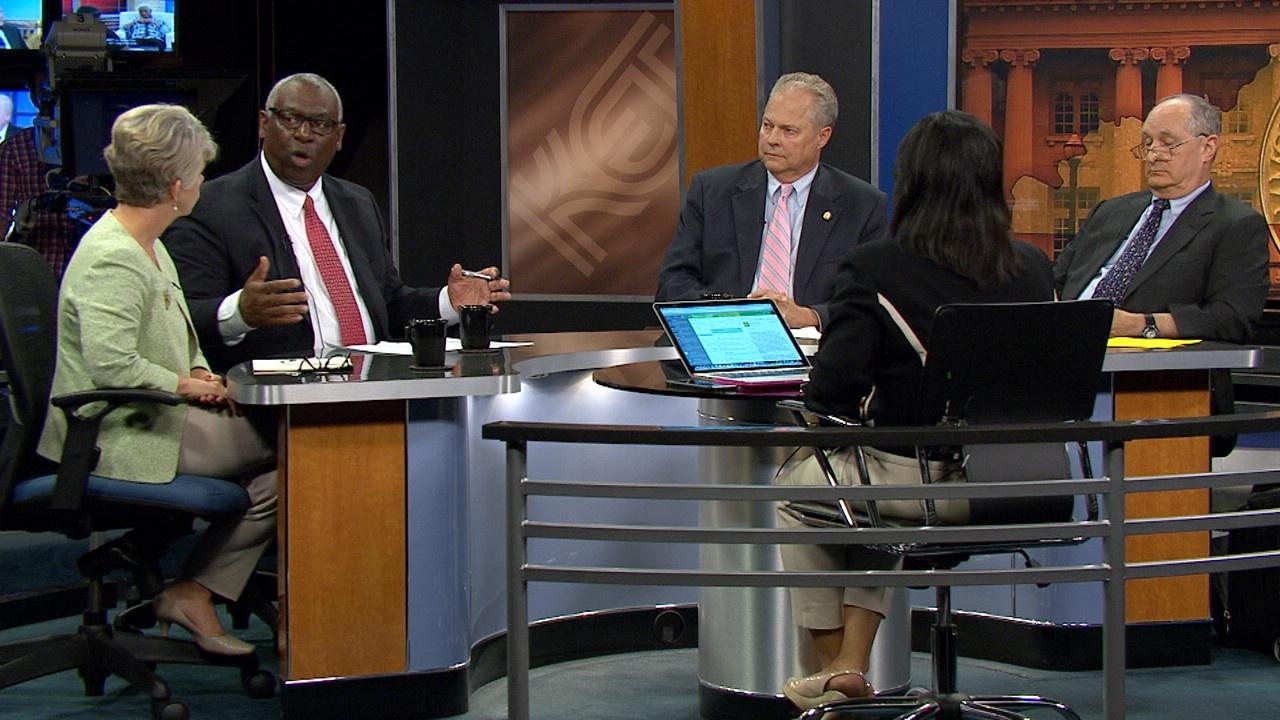