In the years ahead, will your personal or business calls travel by wire to a local telephone exchange, or be transferred as packets of data across the Internet, or skip through the ether without the need of any wires?

What about a home medical monitor, security system, or 911 call? How will those connect to the proper authorities?

These questions are central to the telephone deregulation debate underway in the Kentucky General Assembly. House Bill 152 would change what services telecommunications companies like AT&T, Cincinnati Bell, and Windstream are required to offer to rural and urban customers across the commonwealth.

On Monday’s Kentucky Tonight advocates for and against HB 152 debated the issue surrounding the deregulation proposal.

Opportunities for Greater Investment
The measure removes the requirement that phone companies must offer land line services in larger communities of more than 15,000 households. Jim Waters, president of the Bluegrass Institute for Public Policy Solutions, contends that will empower the telecoms to decide the most efficient method to deliver phone services, whether that’s through traditional copper wires, Voice over Internet Protocol (VoIP), or wireless networks. In doing so, Waters says the companies would have more money to devote to expanding much-needed broadband infrastructure in Kentucky rather than spending resources to maintain old technologies.

“This is like simply getting out your bush hog and clearing out the underbrush of all of these antiquated regulations, which were implemented in a different time,” Waters says. “So the idea here is to get rid of regulations that are no longer necessary and that actually hinder investment in our state.”

Waters criticizes current Kentucky law that requires telecoms to provide land line service to individuals who request it. He states that everyone will continue to have access to basic telephone service under the new proposal. What could change is how customers receive that service.

Waters says the 26 states that have implemented some form of deregulation have all seen increased private investments in telecommunications infrastructure. Plus, he argues that the move will foster more competition in the marketplace which should help drive down the cost of phone service for consumers.

“Is Kentucky going to remain behind, or are we going to catch up with the 21st century?” Waters asks. “Why can’t we move forward with this economic development tool that has gotten tremendous bipartisan support in the House?”

New Technologies Yet to be Proven
The current system ensures that everyone across the state has access to dependable, affordable telephone service, according to Kentucky Resources Council Director Tom FitzGerald. Under HB 152, though, he fears that low-income urban customers may be forced to give up their land lines in favor of less reliable and more expensive telephone service that’s bundled with other products like Internet or cable television. Rural customers who already have basic phone service via land line would be allowed to keep that service under the proposed law. But FitzGerald says those who seek a new phone connection at a location without an existing land line will likely be forced to use VoIP or wireless services, which would be cheaper for telecoms to provide.

The consumer advocate contends that traditional copper wire connections reliably allow for phone calls plus other services like medical device monitoring and home security systems. But FitzGerald worries that newer connection methods can’t adequately support those features. For example, he says wireless service may not be able to handle the extra load of health care or security services. Plus he says thousands of people die each year because they used wireless 911 and couldn’t be located in time to save them.

FitzGerald says the Federal Communications Commission is investigating these concerns and is expected to release new rules about phone services later this year.

“Why is it in anyone’s interest – other than perhaps the providers who want to maximize their profit and to shed land lines for future customers – why should we sacrifice highly reliable, highly functional service during this transition before FCC has put the rules in place,” FitzGerald says.

Investing in Technology that Creates Jobs
The Kentucky Chamber of Commerce supports the deregulation effort, and Bryan Sunderland, senior vice president of public affairs for the organization, downplays concerns about the quality and reliability of new phone connection methods. He says 80 percent of Kentuckians already get voice services via something other than traditional land lines.

Sunderland contends the old rules hamstring telecom companies and divert financing away from new technology like high-speed broadband access that businesses, schools, and hospitals in the commonwealth desperately need and that could spur job creation. He says the telecoms have invested more in states that have already deregulated, and he expects them to do the same here if Kentucky follows suit.

Concerns Among Rural Customers
Mimi Pickering with the Rural Broadband Policy Group of the National Rural Assembly agrees the state needs more broadband Internet access, but she says that shouldn’t come at the expense of basic phone services. Pickering says many parts of rural Kentucky remain under-served by telecom companies, and she sees nothing in HB 152 that would guarantee more broadband or cellular coverage in remote areas of the commonwealth.

She says history shows phone companies focus on areas where they can make the most profit, which often omits poor and rural communities. Regardless of the delivery technology, Pickering argues the longstanding principles of telephone service should remain the same.

“Everybody gets access… and it’s affordable service, there’s competition, there’s public safety, and consumer protection,” Pickering says. “We want to get to that point where we have these services and they give us these protections.” 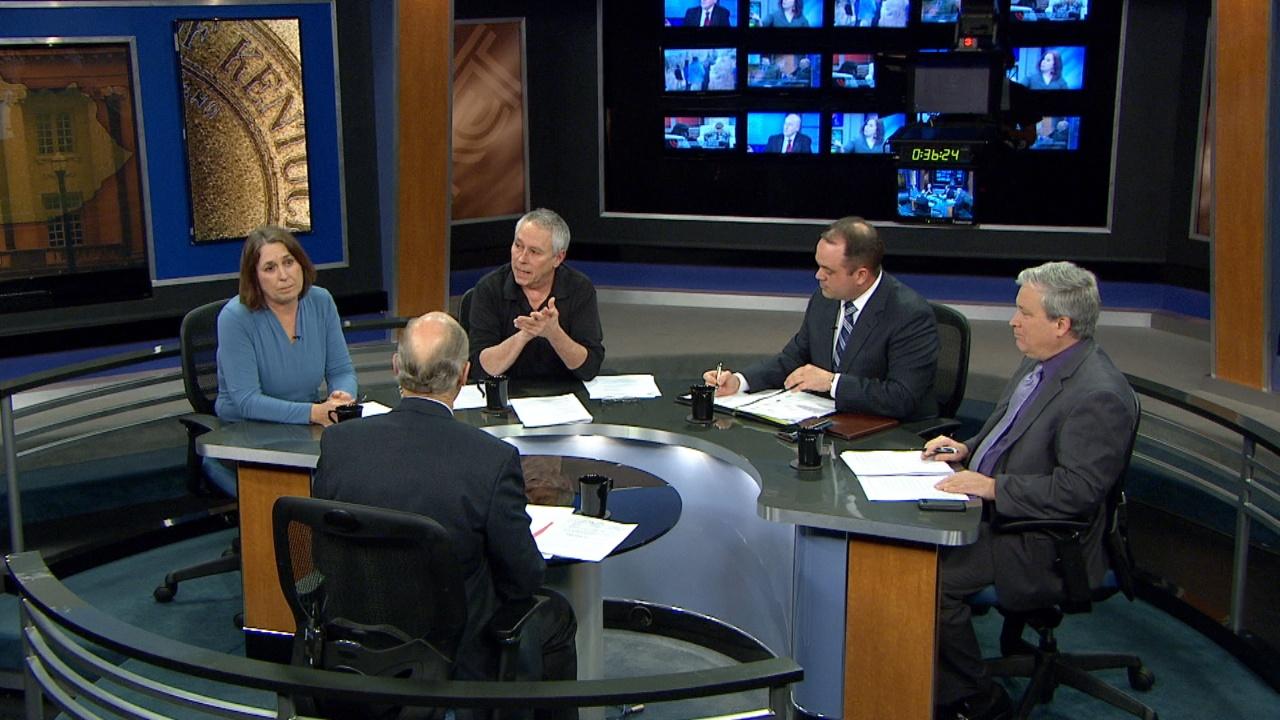