They have 27,000 miles of paved roads to maintain, constituents clamoring for a number of new transportation projects, and a shrinking pool of money with which to make it all happen.

To say state highway officials have a thankless job might be an understatement.

A panel of legislators who oversee transportation issues gathered on Monday’s Kentucky Tonight to discuss a variety of issues that could affect drivers across the commonwealth in the years ahead.

A Bridge for Northern Kentucky
There’s little debate that something needs to be done about the aging and crumbling Brent Spence Bridge that carries traffic between northern Kentucky and Cincinnati.

Sen. Robin Webb (D-Grayson), who sits on the Senate Budget Review Subcommittee on Transportation, says the bridge and surrounding transportation infrastructure hasn’t kept up with the explosive population growth in the region. She notes that drivers on the eight-mile stretch of Interstates 75 and 71 leading up to the bridge are up to five times more likely to be in an accident than anywhere else in Kentucky, Ohio, or Michigan.

“I think the congestion, traffic-flow pattern, and safety issues all hinge around the proposed project for the Brent Spence Bridge,” Webb says. “But there does need to be some consensus about how to pay for it.”

Local opposition to putting tolls on the bridge to help pay for the $2.6 billion project have so far stymied progress on the proposal. Webb says she generally opposes tolls because she contends they place a greater burden on lower-income drivers.

Rep. Hubert Collins (D-Wittensville) and Sen. Ernie Harris (R-Prospect), who chair their respective chamber’s transportation committees, say the region likely can’t get a new bridge without tolls. Harris adds that if the new Ohio River bridges being built in Louisville didn’t include tolls, the project would’ve consumed all of the federal transportation funds allocated for the commonwealth, leaving no money for any other projects in the state.

“The advocates in northern Kentucky are so zealous about protecting their constituents that they don’t want anything to do with any tolls on the Brent Spence Bridge replacement,” Floyd says. “The people around Kentucky… they’re going to be paying for that otherwise, [so] why not the people who are using it – especially since it may not even be able to be done without them.”

The P3 Debate
Civic and business interests have pushed public-private partnerships (P3) as a way to help bring the Brent Spence plan to reality. But legislation to allow the state to partner with private entities on transportation projects has failed in the past two legislative sessions. A P3 bill died in a Senate committee earlier this year, and Gov. Steve Beshear vetoed P3 legislation that passed the General Assembly in 2014 because it included a prohibition on tolling.

Sen. Harris says he sees P3s as “another tool in the toolbox” for state transportation officials. He points to how Virginia used such a partnership to build a beltway around Washington, D.C., where drivers pay a $2 toll. Proposals for P3s and tolls are linked because the private entity usually wants some source of revenue to recoup their investment in the construction project, according to Sen. Webb.

But Harris and Webb along with Rep. Floyd caution that the partnerships must be closely managed for transparency and accountability and to ensure that taxpayer dollars are being properly used. If those issues can be resolved, Rep. Collins says he thinks P3s could help the state build other large transportation projects in the commonwealth.

The national Highway Trust Fund could run out of money this summer without another re-authorization from Congress. The Kentucky Transportation Cabinet says about a third of the state’s overall transportation funding comes from the federal trust fund. Without that money going forward, Collins says projects already in the state’s road plan could be in jeopardy.

State lawmakers have also had to grapple with declining revenues to Kentucky’s road fund, which is financed with proceeds from the state gas tax. The tax is linked to the average wholesale price of gasoline, so as fuel prices dropped over the last year, so have the state’s gas tax revenues. Collins says a one-cent reduction in the gas tax results in a $30 million revenue loss for Kentucky.

The state had already lost about $165 million in revenues before legislators froze the tax at 26 cents per gallon earlier this year. Harris says future adjustments to the tax will be made annually instead of quarterly, and will be capped to a 10 percent change up or down. The senator says that provides a much more stable base of money for the fund.

Those declining revenues can not only impact big projects like four-laning the Mountain Parkway and similar efforts in central and western Kentucky, but can imperil smaller roads and bridges. Collins says 48 percent of the road fund is distributed to counties for local maintenance and construction projects.

“The counties were really in big trouble because they were losing that money and there was concern that they weren’t going to have any money to resurface roads,” says Collins.

Now that the gas tax is stabilized, what happens if people simply purchase less fuel because they’re driving hybrid and electric cars? Lawmakers are considering several options to recoup those lost revenues.

Collins says that Georgia has implemented a flat fee of $200 on drivers of new alternative vehicles. Rep. Floyd adds that Oregon and other states are considering taxing residents based on the number of miles they drive, but he’s concerned that might dissuade drivers from purchasing more fuel-efficient cars.

Finally Harris says he might float a bill in a future legislative session that would apply the fuel tax to an annual average of miles driven by electric and hybrid vehicle owners. He says he wants to “get the discussion going” about how maintain road fund revenues as cars become more efficient.

“As early as January of next year, the feds could require… you to have this ID or a passport to fly on an airplane within the U.S.,” says Harris. “We don’t like that idea of having something like that, but that’s reality.”

Harris says the problem for Kentucky is that local circuit court clerk’s offices aren’t set up to handle some of the security measures needed to issue the enhanced driver’s licenses. He predicts drivers will need to be issued a temporary license, and then receive an official license from Frankfort several weeks later.

Sen. Webb says she’s concerned REAL IDs will become a surveillance tool for the Department of Homeland Security. She opposes the idea that states will be required to share an individual’s driving record and other personal information with federal authorities, and she fears the IDs will be used to limit a person’s access to airplane flights and government buildings. 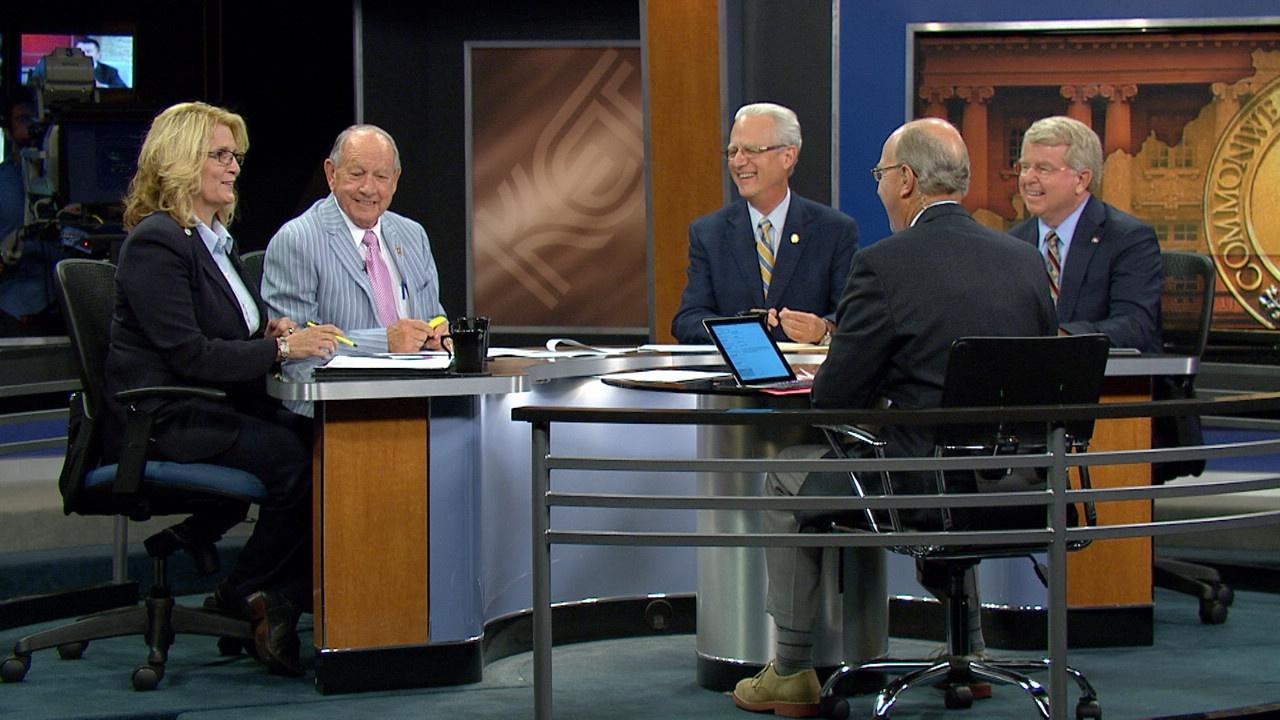