Kentucky Tonight hosted the first in a series of discussions about the 2022 midterm elections as Renee Shaw spoke with Charles Booker, the Democrat running for the United States Senate. They talked about the economy, health care, education, public safety, term limits, and more.

Two-term incumbent Republican Rand Paul of Bowling Green was also invited to participate, but did not respond to KET’s invitation.

Booker is a native of West Louisville and a graduate of the University of Louisville and the U of L Brandeis School of Law. He was director of administrative services for the state Department of Fish and Wildlife in the Steve Beshear Administration. In 2018 he was elected to the state House of Representatives, where he served one term. Booker made an unsuccessful bid for the Democratic nomination to the U.S. Senate in 2020.

“My platform is not derived from the Democratic Party. My platform comes from my lived experience in working across Kentucky,” says Booker. “If you want to call it moderate or progressive, I really don’t care what you call it. I just know we need better and I’m going to go to Washington and make it happen.”

Structural Racism and the Economy

Although he announced his bid to unseat Paul more than a year ago, Booker jumped into the national spotlight this past June with the release of a campaign video that featured him with a noose around his neck. Booker narrates the spot, saying that lynching was a tool for terror that was used against many Black individuals, including his ancestors.

The advertisement drew sharp criticism from some who saw it as distasteful, but Booker says he is proud of the commercial and how it differentiates him on issues of race and equality.

“We cannot ignore our pain or our past,” says Booker.

The Democrat says structural racism is a component of the issues that Kentuckians care about most, from health care and good jobs to safe schools and clean drinking water. Even as inflation continues to plague the economy, Booker praises President Joe Biden’s administration for making progress on infrastructure improvements, job creation, and climate change.

“The measures that President Biden has taken so far are important,” he says. “But there’s so much more work to be done, and with a 50-50 Senate, we need to expand our majority to keep making the investments in the people of Kentucky.”

The Democrat supports a universal basic income and Medicare for all. He says health care is a right and that the current system is unfair and unworkable for doctors, nurses, and patients. As a diabetic who had to ration his insulin earlier in his life, Booker says no one should have to choose between medicines they need and feeding their families.

To pay for expanded health coverage, Booker says he would reduce bureaucracy and administrative costs and end Republican tax breaks for wealthy corporations.

“We close loopholes, we bring more money into the system, we can afford to have health care for the people of Kentucky,” he says.

That would include access to abortion. He says he supports proposals to codify abortion rights protections into federal law, and to prevent states where abortion is illegal from punishing women who travel elsewhere to get the procedure. Booker, who is the father of three young daughters, says people deserve to have agency over their own bodies.

“I was raised in a Pentecostal church, I understand how important this issue is,” he says. “The government should not be mandating what health care some people get over others.”

Beyond abortion rights, Booker calls for improved maternal health services to address child mortality rates, as well as supports for new mothers that will ensure their babies can grow and thrive.

Booker calls for full and equitable funding of public education with emphasis on schools and student populations that have been historically marginalized. The Democrat also wants to address regulations that impact how teachers that may be eligible for Social Security from other employment or through their spouses receive that federal benefit.

“Critical Race Theory is typically taught in law school,” he says. “So what I’m alluding to is not denying the pain of our past so we that can be better prepared for our future.”

Booker says he has worked with law enforcement and community groups to address violence as a public health crisis. Rather than defunding police, he says he wants to explore the full range of options for improving public safety and addressing the root causes of crimes.

Booker rose to prominence during the protests over the police-involved shooting of Louisville EMT Breonna Taylor in 2020. The Democrat argues that police should be there to help people, not pose a threat to them.

“Calling for accountability is not calling for any sort of abolishment,” he says. “It is calling for the types of real structural change that will allow us to have safety.”

Building Coalitions, Being an ‘Independent Voice’

Booker supports term limits for public officials. He pledges to serve only two terms in the Senate, and calls out Paul for seeking a third term after supporting proposals to limit senators to only two terms. Booker says term limits will result in better policymaking.

“If you cannot go to the United States Senate and in 12 years get anything done for the people of Kentucky, go away,” he says.

Paul holds about a five-to-one fundraising advantage over Booker, and Republicans now outnumber Democrats in party registrations in Kentucky. But Booker contends he is building a base of support that transcends party lines and his urban roots in West Louisville.

“We are building a coalition from the hood to the holler of folks who have felt ignored, marginalized, forgotten about, and abandoned.,” he says. “Because of the organizing work that we’ve done on the ground over the last year-plus, we have inspired infrastructure that surpasses anything that can be bought in a paid ad.”

News reports earlier this summer indicated Booker considered switching his party affiliation to independent. Booker remains a Democrat but he contends partisan divisions have crippled the state. He says he wants to be an “independent voice” who is fighting “not to be bought in party politics.”

“I’m a Democrat not because of the party apparatus but because I believe in values of humanity,” says Booker. “I believe that democracy is worth fighting for, I believe we should make opportunities available for every community.”

As he travelled the state for his work in the Department of Fish and Wildlife, Booker says he began to realize that Kentuckians, despite any geographic, social, or racial differences, share common dreams and challenges. He says he considers people across the commonwealth to be his family, and he says his grandfather taught him to always take care of his family.

‘I come from a big family so I’m used to fighting for a lot of people,” says Booker. “I know that we can change things at a statewide level, at a national level, and if we do that, our local communities will be better prepared to succeed as well.” 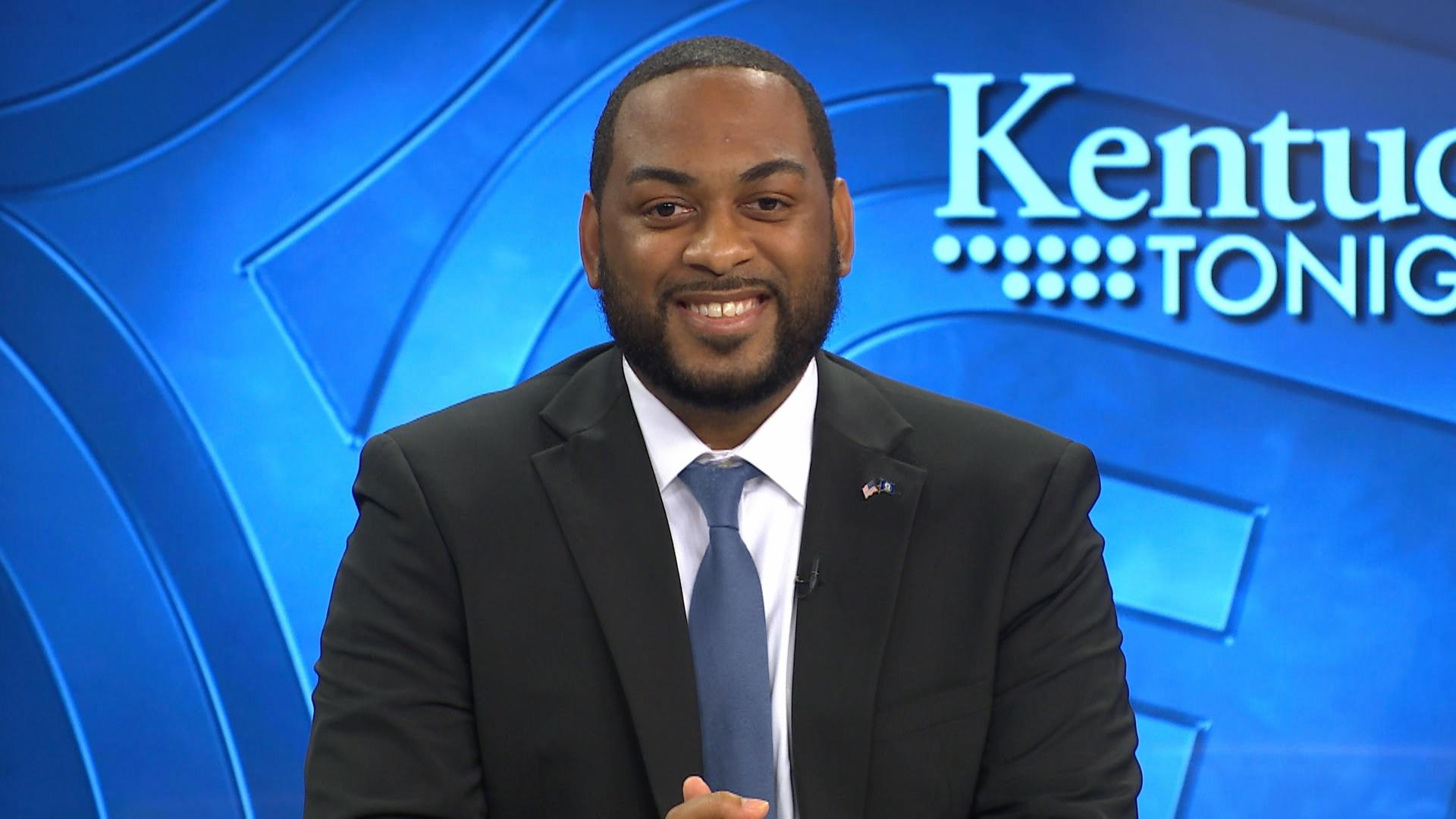