Bill sits down with journalist Al Cross, a KET election night analyst and long-time panelist of KET's Comment on Kentucky, to preview the 2015 election including Kentucky's race for governor.
S10 E47 Length 28:32 Premiere: 11.1.15

Journalist Al Cross on the 2015 Election

When KET political analyst Al Cross looks at this year’s gubernatorial contest, he sees a battle between two flawed candidates, neither of whom have garnered a significant base of support from within their own parties.

Cross offered his perspectives on the upcoming election on KET’s One to One.

Pugnacious Outsider Versus the Introverted Insider
Cross, who is director of the Institute for Rural Journalism and Community Issues at the University of Kentucky, says Bevin’s “fluke” victory in the GOP primary came after fellow Republicans James Comer and Hal Heiner destroyed each other with nasty attacks. He says the Louisville businessman reinforced his outsider status by burning some GOP bridges and failing to organize his campaign within the party structure.

Then there’s Bevin’s pugnacious relationship with journalists and his positions on policy issues.

“He is probably the most ideological candidate that we’ve had run for governor as a nominee of a major party since William Goebel in 1899,” Cross says. “When you’re an ideologue like that, it scares some people.”

While Bevin is at ease meeting voters, Cross describes Conway as an introvert who doesn’t like retail campaigning and who has failed to excite his base. Cross says President Obama’s unpopularity among many Kentucky voters also hurts Conway.

“The guy’s been attorney general for eight years, he ran for the U.S. Senate in 2010, and he has not really developed a great following within the Kentucky Democratic Party,” Cross says.

The veteran journalist likens Conway to former Kentucky parks and highway commissioner Henry Ward, who was the Democratic gubernatorial nominee in 1967. Ward had solid policy credentials and experience but ultimately lost the election because he didn’t connect with voters.

Huge Issues Bring Glazed Looks
The next governor will face two complex challenges: addressing unfunded liabilities in the state’s retirement systems and determining what if any changes need to be made to health care.

“I think both these issues are so complicated that the great majority of voters just glaze over,” Cross says.

Resolving the public pension crisis will take more than simply paying the actuarially required contributions to the plans, according to Cross. Bond ratings agencies have called on the state to create dedicated sources of revenue for the retirement systems. One idea that Conway has floated is to use tax revenues from expanded gaming.

“But that’s problematic because the pressure to expand gambling through casinos has really withered,” Cross explains. “Tracks are now using slot machines posing as instant racing and you don’t find as much support in the horse industry for going to casinos as you used to… so getting expanded gambling passed would be a real problem.”

On health care, Cross says Bevin has ranged from inconsistent to vague on what he would do with the state’s insurance exchange, Kynect, and the expanded system of Medicaid. He says the Republican has discussed several possibilities including health savings accounts and requiring Medicaid enrollees to pay small fees their coverage.

“When a candidate won’t tell you what he’s going to do with such a complicated program, you just have to remain suspicious of what he really will do,” says Cross.

What to Watch for on Election Day
Although polling has consistently shown Conway maintaining a slight lead over Bevin, Cross says the real question is who will actually show up to vote on Tuesday. He says the Republican will benefit from get-out-the-vote efforts targeting Tea Partiers and conservative Christians.

“It appears that Bevin does have a more committed core of voters,” Cross says. “Liberal Democrats are only 15 percent of the Kentucky electorate and the liberals don’t like Conway all that much because he’s tried too much to appeal to conservatives.”

Cross adds that a larger turnout could favor Conway. He points to the 1995 governor’s race between Democrat Paul Patton and Republican Larry Forgy. Pundits expected Forgy to win based on a projected 35 percent voter turnout. Instead, Cross says Patton in succeeded in uniting and energizing old-line Democrats who boosted turnout to 44 percent and gave Patton the victory.

On Election Day Cross says he’ll watch Madison County as one of his bellwether areas. He says Madison is the state’s ninth largest county by population, and it’s sixth in terms of the number of Medicaid enrollees. While Madison County generally votes Republican, Cross says he’ll be curious to see if the Medicaid issue might give Conway an edge over Bevin there.

Political Odds and Ends
Cross disputes the notion that whoever wins this race would be the first Kentucky governor from Louisville. He says Maysville native Augustus Willson practiced law in Louisville and had his base of political support there. The Republican served as governor from 1907 to 1911. Then there was Democratic Gov. Lawrence Wetherby (1950 to 1955), who Cross says campaigned as a Middletown farmer, but was actually a juvenile court judge in Louisville.

Will Bevin and Sen. Mitch McConnell ever be friends? Probably not, according to Cross. He says tension still remains between the two following Bevin’s challenge of McConnell in the 2014 Republican primary for U.S. Senate. Cross says McConnell offered to tour the state with Bevin today, but he says Bevin’s camp was lukewarm to the offer.

“This is a man who wants to be elected governor on his own terms,” Cross says. “I think Mitch McConnell doesn’t want to be blamed for Bevin losing, and if Bevin wins, he wants to be given credit for helping him win.”

“We thought we solved this problem with the reforms after the Watergate scandal,” Cross says. “But given our current political make up and make up of the Supreme Court, I think we’re probably going to have to have another big scandal before we have any more true campaign finance reform.”

He contends the problem with the court is that none of the current justices have sought public office. Cross says Sandra Day O’Connor was the last Supreme Court justice to have experienced the realities of running a political campaign. 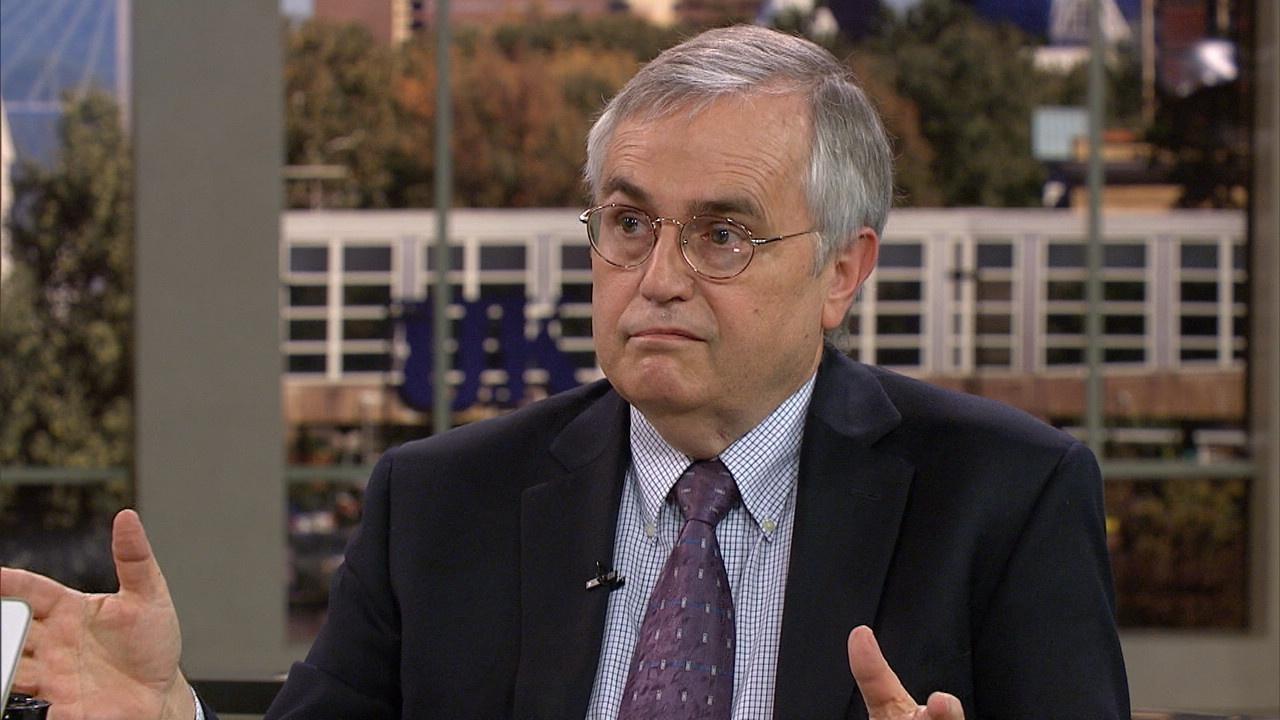