Ben Chandler on His Grandfather’s Role in Baseball History

When Brooklyn Dodgers owner Branch Rickey decided to integrate major league baseball just after World War II, he knew he needed a powerful ally. Bucking a tradition of segregation in American society and professional baseball would not be easy.

So Rickey boarded a train for Kentucky to visit the Versailles home of A. B. “Happy” Chandler, the former governor and U.S. senator who was then the new commissioner of baseball. Rickey wanted the affable southern politician to support his plan to sign black infielder Jackie Robinson to the Dodgers.

The commissioner’s response was simple and to the point.

“You bring him in and I’ll approve of the transfer of his contract,” Chandler told Rickey.

As PBS broadcasts the new Ken Burns’ documentary about Robinson’s life and baseball career, KET’s Bill Goodman sat down with former Congressman Ben Chandler for an episode of One to One to discuss his grandfather’s role in the integration of pro baseball.

A Passion for Politics and Sports
Happy Chandler was no stranger to baseball. Born in 1898, the Henderson County native played minor league and semi-pro ball in his youth, even pitching a no-hitter in one game. But after college and law school, Happy found his true calling in politics, serving as a lieutenant governor and governor of Kentucky before advancing to the U.S. Senate in 1939.

The Democrat was positioning himself to run for president when he got the call to become the second commissioner of Major League Baseball in 1945. Ben Chandler says the offer appealed to his grandfather both from an athletic perspective and a financial one: Happy’s Senate salary was about $10,000 a year, while the commissioner’s job paid $75,000, according to Chandler.

With new leadership taking over Major League Baseball, Branch Rickey saw an opening for his idea to integrate the Dodgers. Former Commissioner Kenesaw Mountain Landis staunchly opposed allowing blacks to play in the major leagues, and Rickey hoped Happy Chandler would have a different view of the matter.

Ben Chandler says Happy served on the Senate’s military affairs committee, which enabled him to travel around the world to observe American soldiers – white and black – in action. Chandler says seeing their sacrifice in battle influenced Happy’s views on the integration of baseball.

“His view was, if they can give their lives for the United States of America, surely, surely they can play the national pastime,” Chandler says.

But Rickey also had to overcome the opposition of the other team owners, who had all voted against integration. That’s when Rickey boarded a train in Brooklyn bound for the bluegrass. Chandler says his grandfather agreed with Rickey’s plan to bring Jackie Robinson up to the Dodgers in 1947.

“Grandfather sent him around the country to the trouble spots to deal with anybody who wanted to cause trouble for Robinson,” Chandler says. “As you can imagine, when somebody was face to face with Frenchy, it cooled the trouble down pretty quick.”

“The owners of those Negro League teams knew that if baseball were integrated, their league would go away and so would the value of their investment,” Chandler says. “So they were very strongly against this and sure enough that did happen. As soon as baseball integrated, the Negro Leagues ceased to exist.”

In a 1987 documentary, Happy Chandler reflected on Robinson’s historic breakthrough, and the reception he got from other players, officials, and fans.

“He didn’t help himself some,” Happy says in the film. “He had a chip on his shoulder, and you can’t blame him for that because he thought everybody was against him, and nearly everybody was.”

Robinson played ten seasons with the Dodgers before retiring after the 1956 season. Happy Chandler resigned as baseball commissioner in 1951 following a contract dispute with team owners.

Ben Chandler says he’s proud of his grandfather’s part in integrating baseball, and of the role a fellow Kentuckian, Pee Wee Reese, played as well. Chandler says Reese, who played shortstop for the Dodgers in the 1940s and ‘50s, embraced Robinson as a teammate and a friend.

A Life in Politics and a Love of History
Given Happy Chandler’s political legacy, it’s no surprise that Ben Chandler followed his grandfather’s lead. The Versailles native is a former state auditor and attorney general, and served as congressman from Kentucky’s 6th district from 2004 to 2013. Now he is executive director of the Kentucky Humanities Council [KHC]. Chandler says the job allows him to indulge his lifelong interest in history as he travels the state sharing the stories of the commonwealth.

“What’s great for me is that having been in statewide office in the past, I’ve gotten to know so many people all across Kentucky and I’m getting to renew those friendships and acquaintances as I go,” Chandler says.

This year, the KHC will take over operation of the annual Kentucky Book Fair in Frankfort. Chandler says he and his staff are working to make the fair, scheduled for the first weekend in November, a world-class event. He adds that one of the headliners scheduled to appear this year is an old political colleague, former Massachusetts Congressman Barney Frank. 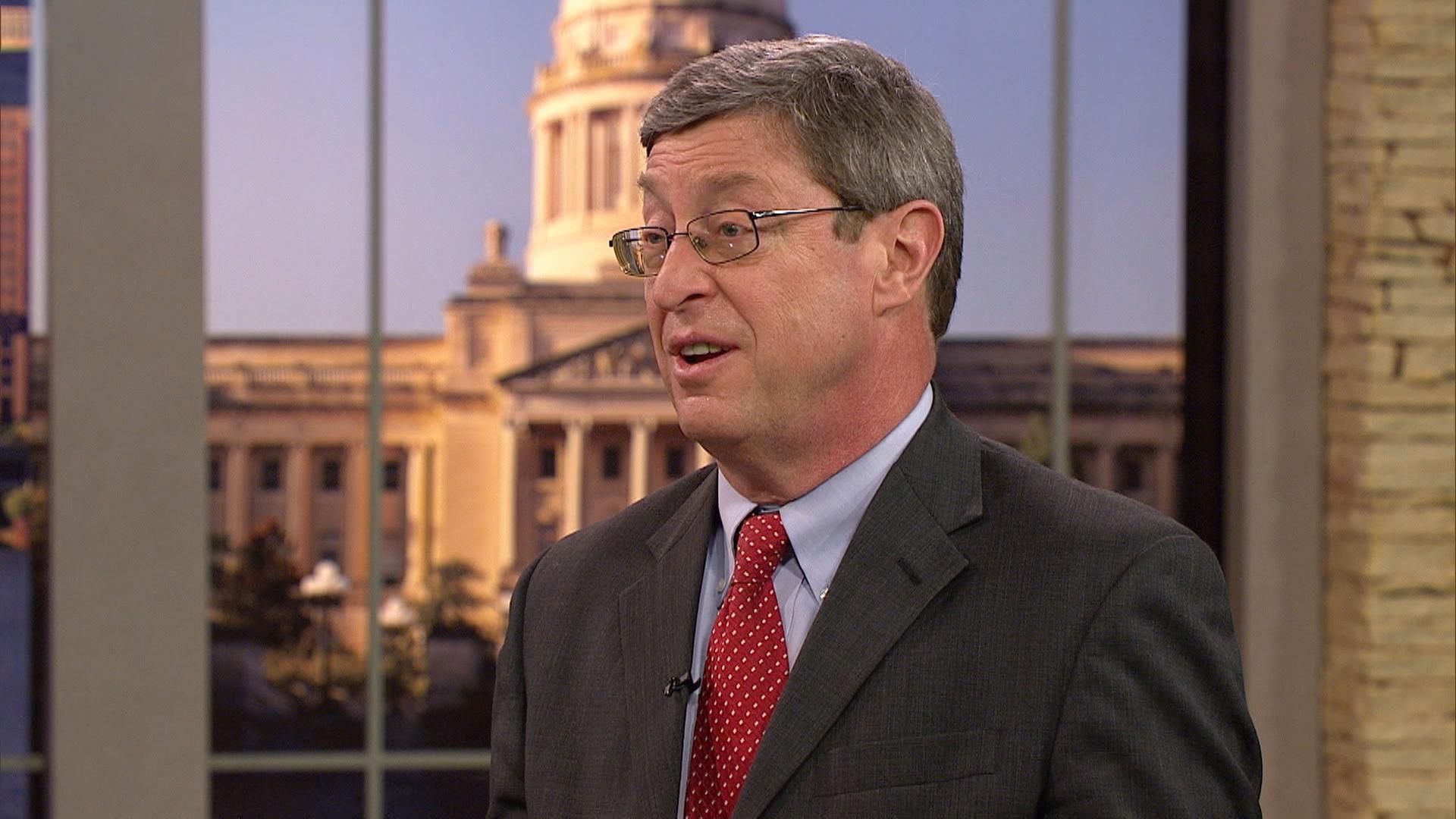