A first-term governor and political neophyte must work with a powerful cadre of legislative veterans to navigate an election-year General Assembly session and pass a state budget that addresses long-deferred education investments and massive public pension debts.

It has all the makings of political potboiler, doesn’t it?

As the dust settles on the just-completed 2016 session of the Kentucky legislature, two long-time Frankfort observers appeared on KET’s One to One to recap how Gov. Matt Bevin and state lawmakers met the challenges they faced this year. Dave Adkisson is president and CEO of the Kentucky Chamber of Commerce and Jason Bailey is the executive director of the Kentucky Center for Economic Policy.

Budget Highs and Lows
On the campaign trail last year and in his budget address this January, Gov. Bevin made paying down the pension liabilities a top priority. The Kentucky Retirement Systems and the Kentucky Teachers’ Retirement System are underfunded by more than $30 billion. The budget that lawmakers approved puts just over $1 billion towards those pension plans in the next biennium.

“We think the budget that’s been passed will send a very strong signal to Wall Street that Kentucky is getting its house in order,” says Adkisson.

He says Bevin set a high bar for lawmakers when he proposed paying $1 billion to the pensions over the next two years. Adkisson says legislators responded with what he calls the most politically and fiscally responsible budget he’s seen in a long time.

The chamber president acknowledges the spending plan does include some pain – most state agencies and higher education will endure another round of funding cuts, some as high as 9 percent – but Adkisson says that was inevitable given the mounting pension crisis. He says he does worry that state economic development efforts may be hindered because of the budget reductions.

Jason Bailey says Bevin got most everything he wanted in the spending plan, even if the elements didn’t take the exact form the governor wanted. For example, Bevin wanted steep cuts in higher education and some K-12 educational services. In the end though, the governor still got his pension payments, while legislators restored some funding to public education in the commonwealth.

“I hope that the result of this budget is that the pension liabilities become a hard cost that goes into the base and that we sort of quit talking about pensions,” Bailey says.

Bailey agrees that tackling the pension debt was necessary, but he bemoans the further hits to other government services. He says many states are now beginning to reinvest while Kentucky continues to cut. To illustrate his point, Bailey says that higher education funding will have been reduced by nearly a third between 2008 and when the new budget period ends in 2018. He says the cuts undermine the foundation the commonwealth needs for a strong economy and a good quality of life.

Both Bailey and Adkisson say they hope Bevin will now turn his focus to overhauling the state’s tax codes. Adkisson says he thinks the governor will work on comprehensive tax reform between now and the 2017 legislative session, and adds that he wants business interests to be a part of those of those discussions.

Many Pension Issues Remain Unresolved
The pension payment planned in the new budget is just the first step to addressing the pension liabilities. Bailey says similar investments will have to be made for the next 30 years to resolve the crisis. He says he’s curious to see if the governor will return to his proposals to put new KTRS hires into a 401(k)-type plan and to change benefit packages. Bailey adds that this budget included no pay raises for public employees (other than state police officers), which he says will hinder recruiting and retaining top talent.

“There’s a limit to what we can do in terms of finding savings for this budget in reducing the compensation for our workforce,” Bailey says. “And there are costs associated with doing that in terms of the kind of people that we want to educate our children or do other things.”

Adkisson says he was surprised that Bevin and legislators didn’t require any concessions from teachers in exchange for allocating additional money to their pension system. He’s also disappointed that lawmakers failed to pass a bill that would’ve required greater transparency in the management of the state pension programs. Senate Bill 2 passed that chamber unanimously, but stalled in the Democrat-controlled House. Adkisson says only one of about eight different reform measures actually passed this session.

“So while I congratulate the legislature on putting more money into the pension problem and acknowledging that reality, several major opportunities to reform the systems were lost because of influence that wanted to protect the status quo,” Adkisson says.

Other Legislative Victories
The chamber president says he is pleased that Gov. Bevin signed public-private partnership (P3) legislation into law. That will allow government and private businesses to collaborate on major transportation and infrastructure projects or on certain activities like operating state park facilities. Adkisson says House Bill 309 was a great win for the business community and will allow capital to flow into Kentucky for economic development projects.

Bailey applauds the passage of a measure that will allow qualifying non-violent felons to have their convictions vacated after they’ve completed the terms of their punishment. He says House Bill 40 will save the state money and help former felons get their lives back on track. Bailey also credits lawmakers for approving funds for need-based college scholarships and a program to make associate degrees free for certain students. 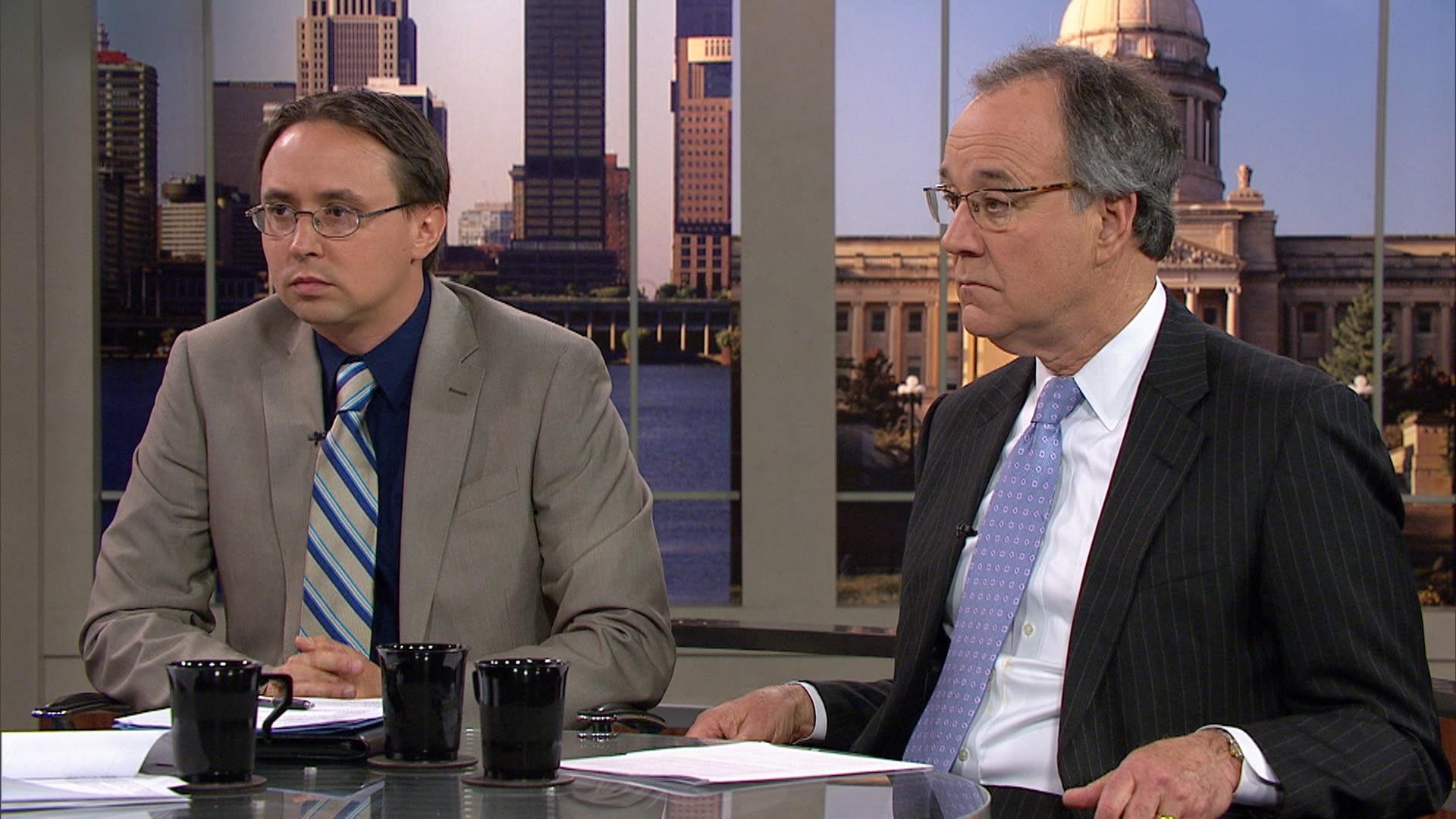