Just after 7 p.m. last Tuesday, Gov. Matt Bevin stood outside the House of Representatives chamber at the state capitol, waiting to be introduced to a joint session of the General Assembly. The entrepreneur/businessman, who won his first elective office less than three months ago, decided to break the tension by joking with the House doorkeeper.

“I said, don’t let me get out in front of you now because I don’t know where I’m going,” Bevin recalls. “So I’m just going to follow your lead.”

The governor’s address, a combination State of the Commonwealth and budget speech, delivered a stern dose of fiscal reality to lawmakers and Kentuckians. Bevin appeared on KET’s One to One to explain how his budget plan came together, and to discuss other issues on his current agenda.

Breaking Down the Numbers to Build a Budget
In the whirlwind since taking office on Dec. 8, Bevin says he met almost daily with his advisers and budget office staff, meticulously combing through state spending to figure out how to, as he says, get Kentucky’s financial house in order. Bevin says he wanted to begin addressing the massive public pension debts so as to allay the concerns of credit rating agencies and businesses that might want to locate here.

“They’re looking to see if we take this seriously, if we’re going to be a business-minded, fiscally sound state,” says Bevin. “That was the message I was hoping to deliver.”

The governor also solicited input from government employees. He says his office received thousands of responses with suggestions on state spending, and expressions of gratitude for having been asked to participate in the process.

Bevin says one other goal he set was to stop balancing the budget to $0. Given the unfunded pension liabilities that will likely hang over the state for years, the governor says simply making expenses equal to revenues will no longer work.

“You can’t do that alone when you owe the tens of billions of dollars that we owe,” Bevin says. “Somebody, sometime is going to have to step up and start paying yesterday’s bills.”

A Hands-Off Governor
To step up to that challenge, Bevin says he set temporarily aside some of his own goals. The Republican campaigned on eliminating the state’s inventory and inheritance taxes, but he says those will have to wait because the state can’t afford to lose those revenues. He says he also added some items to the budget that he thought his opponents would like to help facilitate passage of his spending plan.

Under Bevin’s proposal, much of state government, except for basic public school funding, Medicaid, and some other specific spending areas, will experience another biennium of budget cuts. In general, he wants his cabinets to trim 4.5 percent from the remainder of this fiscal year’s spending, and then 9 percent from their baseline budgets for fiscal years 2017 and 2018.

But the reductions don’t have to be made immediately. Instead he says he’s giving his agency heads “an amazing amount of latitude” to determine how to best achieve those reductions over the next 30 months.

“I want to be hands off as much as possible but hands on as much as necessary,” Bevin says. “I was that way when I was in the military, I was that way in the private sector with companies that I’ve owned and run, I’ll be that way in government with our cabinet secretaries.”

Audits Will Point to Pension Solutions
The governor also wants to create a permanent trust fund to hold what he calls “found monies” (such as legal settlements) to put towards the pension debts in the future. He says the trust would be “non-sweepable” so that legislators won’t be able to raid the funds for other short-term budget needs.

However Bevin says no specific actions will be taken or even proposed until audits of the retirement plans are completed. He says the he wants to learn the exact nature of the pension problems so the appropriate solutions can be applied.

Other Issues on the Agenda
In his interview with KET’s Bill Goodman, Bevin also describes how his recent trip to the North American International Auto Show in Detroit influenced his decision to fund more workforce training. While at the convention the governor says he met with representatives from Ford, General Motors, and Toyota, as well as auto parts manufactures that have operations in Kentucky.

“Every single one of them said, ‘We’ve got to have skilled workers. We can’t continue to invest in Kentucky… if we don’t have this become a higher priority,’” Bevin says. “And so I heard them loud and clear.”

The governor’s budget proposal includes $100 million in bonding for workforce development programs, some of which will go to the state’s colleges and universities to help them implement training programs in conjunction with local businesses and manufacturers.

Bevin says he’s also had conversations with the Kentucky Cabinet for Health and Family Services Secretary Vickie Yates Brown Glisson about ways to overhaul her agency.

“The model that I want is one that is absolutely focused on the child,” Bevin says.

The governor contends it’s ridiculous that thousands of children are stuck in foster care in Kentucky because bureaucratic rules prevent them from being adopted. He says he’s asked Glisson to develop solutions for that problem and to alleviate the extreme caseloads and overtime hours the cabinet’s social workers face.

Bevin also took swift action this week against Planned Parenthood of Indiana and Kentucky for offering abortion services at its Louisville clinic. Bevin says the organization “knowingly and willfully disregarded the law” by providing the procedures without the proper licensing. Although Planned Parenthood has suspended its abortion services until the permitting issue is resolved, Bevin says his administration will investigate the matter and levy heavy fines against the organization.

“The full brunt of the law will be brought down on this,” Bevin says. “There is no tolerance for people operating outside the law in the state of Kentucky.” 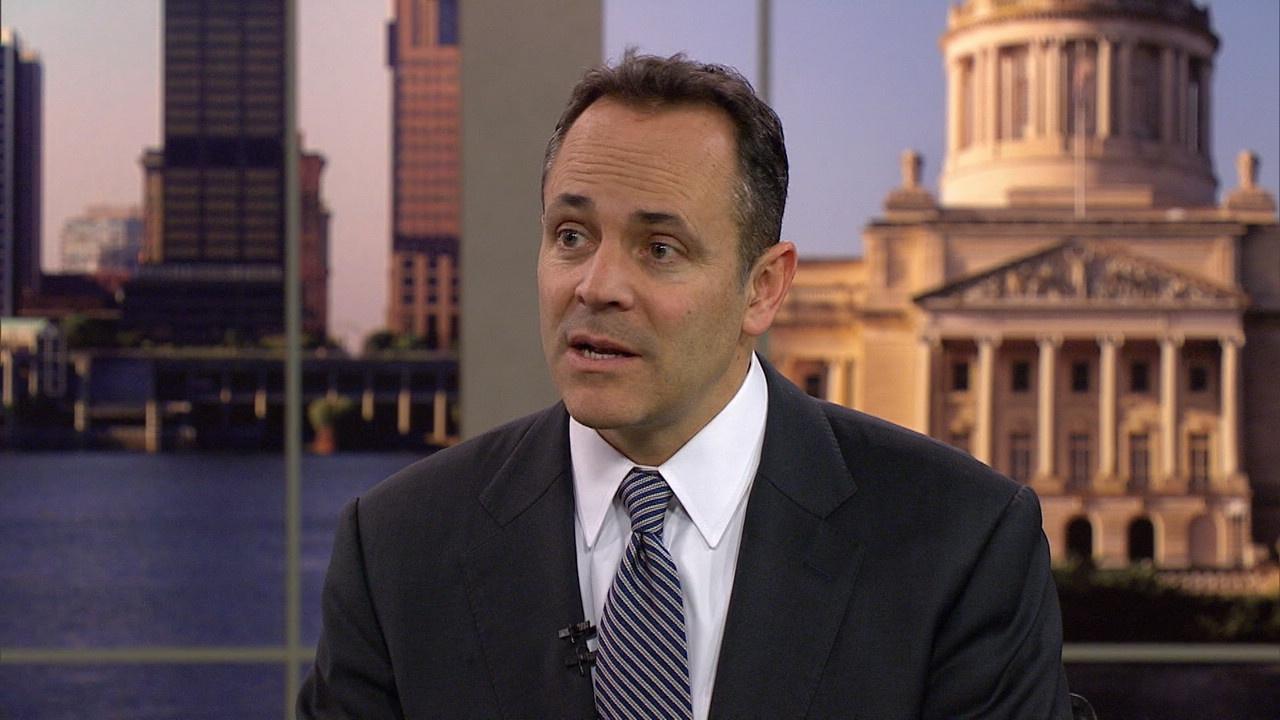