As Rep. Greg Stumbo (D-Prestonsburg) settles into the routine of the 2016 General Assembly session, he has to juggle his usual legislative duties and manage the stress of trying to maintain his party’s control of the state House of Representatives and keep his job as Speaker.

Democrats hold a 50 to 46 majority in the chamber – for now. That could easily change if another Democrat defects to the GOP, or if the party’s candidates loose any of the upcoming special elections to fill four empty House seats.

“We’re not going to give up without a fight,” Stumbo declares.

The House Speaker appeared on KET’s One to One to discuss his policy agenda and his hopes for this year’s General Assembly. (The interview was recorded before the start of the legislative session.)

Balancing a Budget and Paying for Pensions
With 5 percent growth projected for the next several years, Stumbo says the commonwealth could have its best economy since the Paul Patton administration (1995 – 2003).

“If it weren’t for the problems we have in the coalfields, Kentucky would be burning up right now,” Stumbo says. “Our job market is good everywhere except the eastern and western coalfields.”

Despite that problem, the Speaker says 5 percent growth will translate into about $500 million in new revenues for the commonwealth each year. But much if not all of that money could be consumed by the massive public pension obligations facing the state. Stumbo says addressing the issue will require an influx of funding to the teacher and public employee retirement systems, and structural changes to how the plans operate.

Stumbo says the systems need an annual combined allotment of about half a billion dollars, which would leave little extra money for other state spending. That’s why he’s revived his bonding proposal to shore up the Kentucky Teachers’ Retirement System. Under House Bill 1, the state would issue $3.3 billion in bonds and use the proceeds to fulfill the pension obligations.

Senate Republicans defeated the same idea in the 2015 legislative session, and GOP legislative leaders and Gov. Matt Bevin have voiced their opposition to the plan this session. But Stumbo says the proposal still makes financial sense because interest rates on bonds are still several points lower than the rates of return that KTRS investments are earning. Plus Stumbo contends the plan would free up other state revenues to invest in education and other critical public services.

Tax Reform and Other Economic Policies
Some lawmakers say overhauling the Kentucky’s antiquated tax codes could be another source of new revenues for the state budget. Stumbo says comprehensive tax reform is needed, but he doesn’t see it happening soon. And when it does happen, he thinks Gov. Matt Bevin will have to lead the effort.

Stumbo says he’s open to providing businesses with tax incentives, but he contends that over the years, all of those various incentives have combined to cost the commonwealth more than it collects in tax revenues. He says it’s time that middle-class families get tax breaks. He says that will benefit those families and it will boost the state’s economy when those people buy things with their tax savings.

The Speaker says he will continue to push for a minimum wage increase to help low-income workers. The Democrat’s plan exempts small, mom-and-pop businesses from the wage increase and would apply only to companies earning $500,000 or more a year. Stumbo contends that people who work full time for $7.25 an hour often need government assistance to get by, so in his view taxpayers end up subsidizing those businesses that don’t pay their employees a livable wage.

Another economic measure Stumbo will push again this session is a constitutional amendment to allow local-option sales taxes. That would give communities the ability to fund local public works projects through a small, time-limited increase to the sales tax within a defined jurisdiction. Lawmakers would have to pass legislation to put the amendment on the ballot, which would then have to be approved by voters. If the amendment passes, local voters would still have to approve any proposal to levy the tax in their community.

“It’s not like everybody’s going to all of a sudden get this huge tax bill without a lot of public input,” Stumbo says.

Working Through the Medicaid Issue
With a Republican now in the executive mansion, a big question around Frankfort is how will Stumbo and his Democratic caucus work with Gov. Matt Bevin. The speaker says he’s told his members to not draw any lines in the sand and that they can be “disagreeable without being disrespectful.” The Speaker compliments Senate President Robert Stivers, a Republican, for his productive working relationship with former Gov. Steve Beshear, a Democrat. Stumbo says he hopes he can have equally open communications with Bevin.

If pension funding, state spending, and employment policies don’t challenge their relationship, then the future of the state’s Medicaid program just might. Bevin says the state can’t afford the Medicaid expansion implemented by Beshear, so the Republican is exploring ways to overhaul the program. Bevin has floated several ideas including having Medicaid recipients pay small fees for their benefits.

Stumbo says he and his members are open to discussing common-sense solutions to improve the program and how the state funds it. The Speaker contends the Medicaid expansion is paying for itself, is stabilizing insurance rates for all Kentuckians, and will generate more tax revenues for the commonwealth.

“It doesn’t make economic sense to just throw everything out,” Stumbo says of the expansion. “It’s a really good deal financially for Kentucky.” 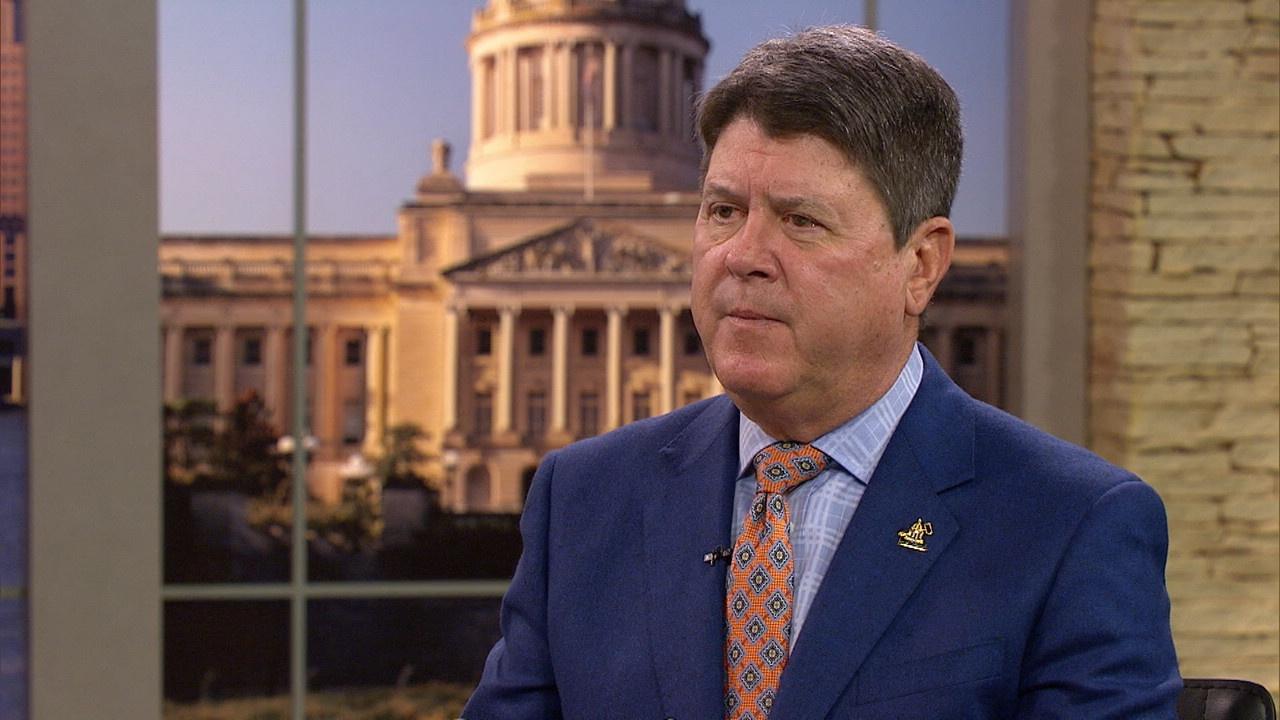