When Jason Howard decided to write a book about Kentucky musicians, he immediately began to type a list of artists he wanted profile.

After four pages, though, Howard says he realized he might need to find a tighter focus. So he decided to interview players who are making unique contributions to the music scene today.

The result of his efforts is “A Few Honest Words: The Kentucky Roots of Popular Music,” published in 2012 by University Press of Kentucky. Howard talked with KET’s Bill Goodman about the book on this weekend’s edition of One to One.

Expanding the Definition of Kentuckian
Although the commonwealth is largely associated with bluegrass and Appalachian folk music, Howard says he wanted to explore the full range of music coming from the state. So his book includes conversations with self-proclaimed hillbilly country performer Dwight Yoakam, to the rural hip-hop sounds of Nappy Roots, to Louisville rockers My Morning Jacket.

Howard also wanted to take a broader view of who qualifies as a Kentuckian. For example, his book includes an interview with singer-songwriter Matraca Berg, who was conceived in Harlan County but was born and raised in Nashville. Yoakam’s family left Pikeville for Ohio when Dwight was still a toddler. Howard says Yoakam’s first musical memories are of listening to the radio as the family drove between the two states on weekend visits.

“I think that being a Kentuckian is more than just about a particular place or a particular geography,” Howard explains. “I think it’s something that we carry with us.”

A Connection to Home
Howard says part of the fun of writing the book was getting to meet the musicians in a variety of locales. Country singer Naomi Judd invited Howard to her Simpson County home for lunch. (She cooked pasta.) Howard met Yoakam in his Sunset Boulevard office, which had sweeping views of the Hollywood Hills. And he connected with acclaimed bluegrass vocalist Dale Anne Bradley at an interstate truck stop near Renfro Valley.

“In meeting a lot of the bigger names, I quickly found out that there was this common language that we shared, this short-hand that we fell into,” Howard says. “What county are you from, have you had soup beans lately, things like that. So there was an instant connection based on Kentucky that felt really comfortable.”

Howard’s own love of music began early. As an only child growing up in eastern Kentucky, he immersed himself in his father’s huge record collection. He also accompanied his parents to Lexington to attend concerts. When he moved to Washington, D.C., for college, Howard says he found comfort in the thriving folk and bluegrass music scene in the nation’s capital that reminded him of home. 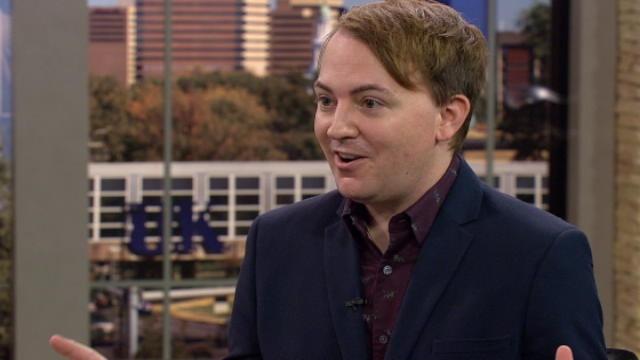