Who Will Kentucky Republicans Nominate for President?

In most recent presidential contests, Kentucky voters haven’t had much of a say in the nominating process. By mid-May when the state holds its primary, the nominees for the major parties are generally set.

But this year, GOP voters in the commonwealth will have a unique opportunity to cast their ballot when the campaign is still very much in contention.

Republican Party of Kentucky Executive Director Mike Biagi and Chair Mac Brown appeared on KET’s One to One to preview the GOP presidential caucus that’s coming up on March 5.

The caucus plan arose as a way for Sen. Rand Paul to pursue his presidential aspirations and simultaneously run for reelection to his Senate seat. Since state law prevents a candidate from running for two offices on the same ballot, Paul promoted the idea of a presidential caucus. State Republicans agreed to the plan on the condition that Paul’s campaign would pay the costs of the caucus.

The Republican Party of Kentucky (RPK) selected Saturday, March 5 as its caucus date. That puts Kentucky’s GOP caucus just after Super Tuesday voting in 12 states, but before major players like Florida, Illinois, New York, Ohio, and Pennsylvania have their say. Republican delegates from Kentucky will be awarded to each candidate proportionally, based on the vote totals.

“By doing this at a time when candidates for president are still needing to win more states, needing more delegates, and are actively pursuing the nomination makes Kentucky voters relevant for the first time in a long time,” says RPK’s Mike Biagi.

Kentucky will still have its traditional primary on May 17 for both parties to vote in all local, state, and Congressional races, and for Democrats to select their nominee for president.

How Will the Caucus Work?
Unlike Iowa’s protracted caucusing process that requires voters to spend several hours of their time assembling, Biagi says Kentucky’s caucus will be much simpler. He says registered Republicans can simply go to their caucus location, sign in, mark a paper ballot, and leave. They won’t be required to listen to speeches by representatives of the campaigns, or publicly declare their candidate preference.

Caucus sites will be open from 10 a.m. to 4 p.m. on March 5. Biagi says Fayette and Jefferson Counties will have multiple locations, while most other counties will have a single caucus venue. Nine counties aren’t hosting caucuses, but voters in those counties can travel to an adjoining county to cast their ballots. A listing of county caucus locations is available on the RPK’s website.

Biagi says 11 GOP presidential candidates who made the January filing deadline will appear on the ballot. He says voters may select the candidate of their choice, even if that individual has suspended his or her campaign. (Paul and five other Republicans have dropped out of the race.)

While the balloting process will take only a few minutes, Biagi and Mac Brown hope that voters will linger at their caucus location to talk with their neighbors, and to meet representatives of the Republican candidates for president and other offices. Biagi says GOP contenders in the March 8 elections to fill four vacant state House seats will be on hand to talk with voters in those districts.

“These candidates can use the caucus as a way to reach out to a large number of Republican voters who will be in one place just three days before their special election,” Biagi says.

A ‘New Day’ for Kentucky Republicans
Mac Brown says the GOP victories in last year’s statewide elections as well as the interest in the upcoming caucus represent a new day for the Republican Party in the commonwealth.

“It’s very exciting,” Brown says, “and I think we have an opportunity to turn this state in a way that we’ve never seen before.”

Brown says he thinks Matt Bevin won the 2015 governor’s race not so much on his personal popularity but because voters want something different from politicians today. He says that’s a trend in Kentucky and across the nation.

Since many of the GOP candidates have the same general policy priorities, Brown says he encourages voters to push the contenders for specifics on how they will accomplish their goals. He says a candidate who simply complains about a problem without providing detailed solutions doesn’t give voters what they need to make an informed decision.

Mike Biagi adds that he thinks voters don’t really care if their presidential candidate is from the political mainstream or is an outsider. He argues that President Barack Obama’s leadership has damaged the country, and voters want a different course for the nation.

“So what Kentuckians, and hopefully the nation, decide to do is to pick someone who won’t go to that the same model of heavy government,” Biagi says. “The Republican Party is the one that’s having this energized debate about how to go in a different direction.” 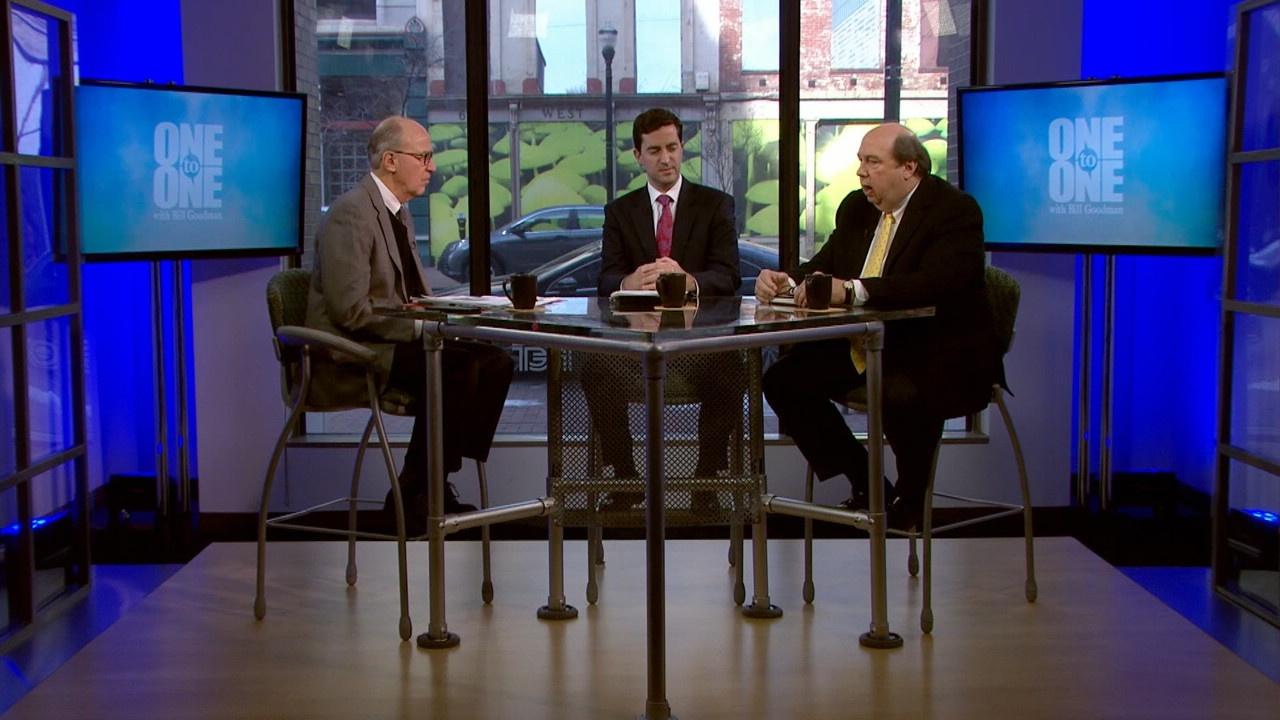