As quarterback at the University of Kentucky, he led the 1977 Wildcat team to a 10-1 season – a record that’s not been matched since. Now he’s applying the leadership skills he developed at UK as well as in the NFL and in business to lead a new team at the Kentucky Labor Cabinet.

“I tell them all the time, I’m not the Labor Secretary. I’m the quarterback,” says Ramsey.

Whether you call him quarterback or Mr. Secretary, Ramsey’s mission is to ensure that all working-age Kentuckians have the skills they need to get a good job. He appeared on KET’s One to One to discuss several initiatives to improve the quality of the state’s workforce.

Several statistics point to the challenge facing a significant number of Kentucky workers. First, only about 60 percent of students who graduate high school in Kentucky go on to college. Of that group, only about 20 percent actually complete a degree program, according to Ramsey. That means they’re less likely to find work that can support them and their families.

Second, says Ramsey, there are more than 300,000 Kentuckians between the ages of 18 and 64 who have neither a high school diploma nor a GED.

Ramsey says the state desperately needs both groups to receive the training they need to enable them to help fill thousands of jobs that remain open because of a shortage of skilled workers. Traditionally, those jobs might have been in construction or on an assembly line. But now those jobs can include work in the health sciences, information technology, or advanced manufacturing. And without better access to some form of postsecondary training, state officials fear Kentucky workers will continue to fall behind their peers in other states that have better trained populations.

“We’re not trying to get them a job, we’re trying to find them a career,” Ramsey says.

Apprenticeships and Vocational Training
When he was young, Ramsey says students had two paths to a good job: a college degree or vocational school. But as the nation went more high tech in 1990s and companies like Microsoft and Intel grew in prominence, Ramsey says vocational training developed a stigma as being for those who couldn’t succeed in college.

The secretary contends that higher education isn’t for everyone and that a thriving domestic economy needs skilled tradespeople.

“We have an infrastructure that’s crumbling in front of our eyes,” Ramsey says. “Microsoft can’t fix that. What they can do is do renderings, they can do schematics of it, but then at the end of the day someone has to roll up their sleeves and go out there and get to work.”

Now the Kentucky Labor Cabinet has several options for individuals who want to get job training or improve an existing skill. One is an apprenticeship program that provides the equivalent of getting an associate or bachelor’s degree, and results in average starting salaries of $50,000. Ramsey says the program provides a vital alternative to a traditional college degree.

“This is not anti-university or anti-education,” Ramsey says. “What this is, is pro-opportunity.”

Ramsey says getting certified as an apprentice requires students to take 144 credit hours over four years. That’s followed by 4,000 to 8,000 hours of on-the-job-training, depending on the specific skill or craft being apprenticed. The secretary says the best parts of the program are that students are paid for the hours they devote to on-the-job training, and that when they complete the program, they receive a certificate that qualifies them to work in any state in the nation.

Ramsey says some 3,000 Kentuckians are apprenticing in the program, which includes more than 1,000 employers. He says participants can range from high school students to those well into their 40s.

“So it’s not just for young people, it’s for all people that are interested in getting a career,” says Ramsey.

The secretary says additional vocational training opportunities will soon open around the state through the Kentucky Work Ready Skills Initiative. That program awards state money to educational institutions that partner with local companies to develop training programs designed to help fill open jobs in those communities.

Earn and Learn
Beyond the state’s apprenticeship program, several universities have partnered with local businesses to help students earn money while they attend school. For example, Ramsey says Western Kentucky University works with Bowling Green companies to employ students who are paid for their work and receive scholarship money to offset the costs of their academic studies.

Students at the University of Louisville and Jefferson Community and Technical College can receive tuition reimbursement in exchange for working the overnight shift at the UPS Worldport facility in Louisville. A new UPS initiative even pays student-employees $325 a month to cover housing costs.

Ramsey says these and similar programs make it possible for people to get a degree without the fear of accruing massive student loan debts.

“If you’re going to work on time, if you’re performing, if you’re doing what’s expected of you, the job will then pay for your education,” says Ramsey.

Another way to reduce the costs of higher education is with the state’s new dual credit scholarship program. Ramsey says that allows secondary school juniors and seniors to take up to six hours of college-level courses while they’re still in high school. He says the program enables young people to get a head start on their college course work and have state lottery funds pay for it.

Athletics Is a Vehicle
Ramsey says one of the biggest challenges he faces is simply making Kentuckians aware of these opportunities. He is travelling the state, speaking to school teachers and administrators, students, and employers to spread the word about how they can participate in these programs.

Ramsey also makes time to continue to indulge in his love of football. Although he played nine years in the NFL and has a Super Bowl ring, Ramsey says pro football now bores him. He much prefers watching high school and college games, where he says the raw talent of the athletes can create exciting and sometimes surprising outcomes.

In addition to working in the administrations of Governors Matt Bevin and Ernie Fletcher, Ramsey also served as athletic director at Coppin State University, a historically black college in Baltimore. In that job, he says he would remind his athletes of the true purpose of college sports.

“When I was AD, I would tell them: all athletics is, is a vehicle to get you through college,” Ramsey says. “If there is anything else that comes of it, great, but that’s all it’s there for.”

But where he once might have encouraged his student-athletes to dream of shooting for a pro football career, Ramsey says he would now encourage them to dream even bigger and shoot for being a team owner. 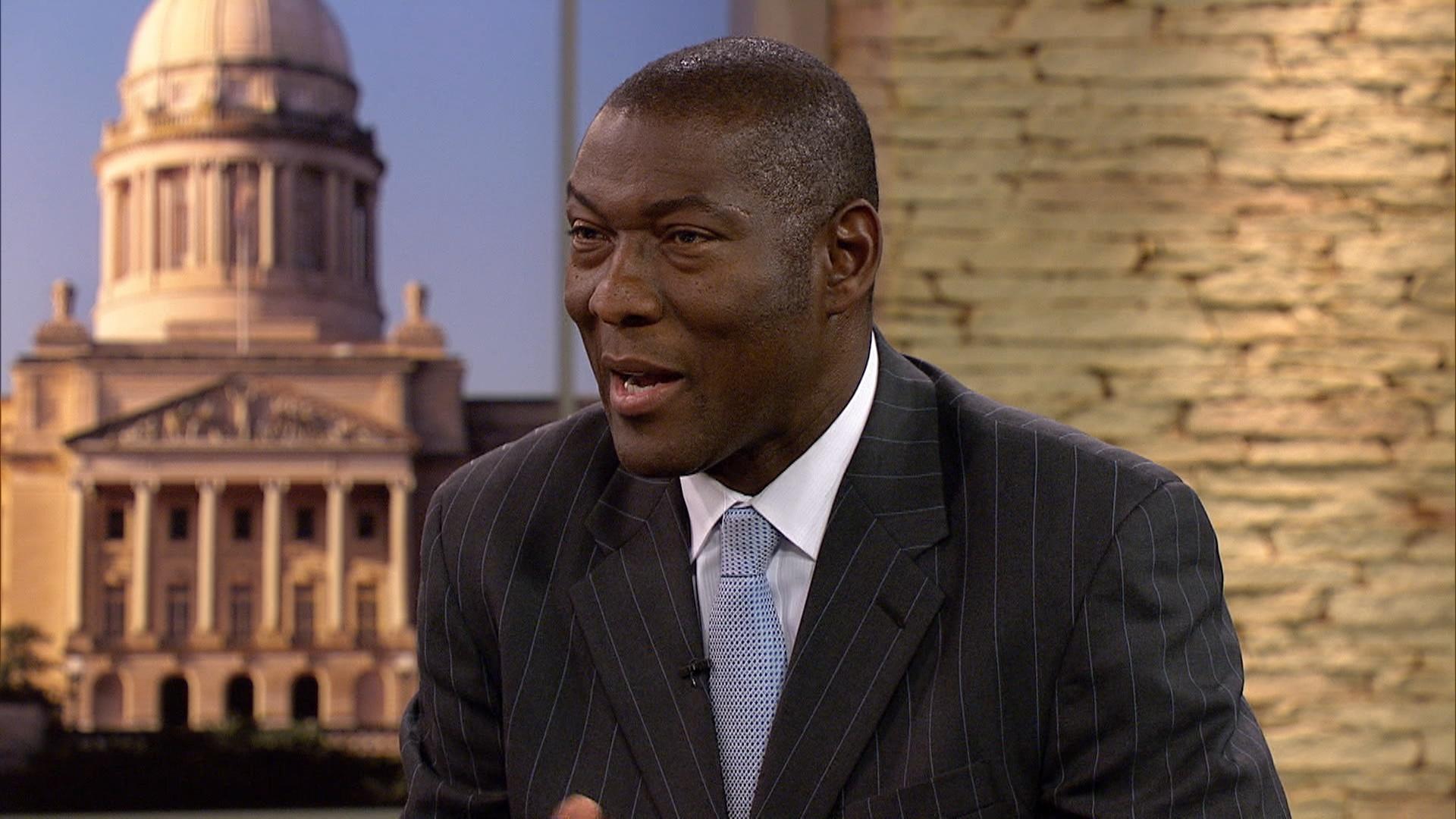