How do you feed a global population that’s projected to increase by about a billion people in the next dozen years, while dealing with the prospect of more droughts that climate change could bring?

That’s the solution proposed by two speakers at the Alltech ONE Conference held earlier this year in Lexington. On KET’s One to One, Bill Goodman spoke with Seth M. Siegel, author of “Let There Be Water,” and Ramez Naam, author of “The Infinite Resource: The Power of Ideas on a Finite Planet.”

The Looming Water Crisis
“Droughts come, droughts go, but this is something different than we’ve ever seen before,” says Siegel.

Climate change is causing rain patterns to change, according to Siegel. Plus warmer air temperatures mean more water is lost to evaporation. When rain does come to a drought-stricken area, he says much of the water can be lost to run-off because it simply can’t permeate the dry, hardened ground.

The challenges of water scarcity that Siegel warns of aren’t limited to climate issues. In his book he points to population increases, agricultural uses, and fossil fuel production as additional factors straining limited water resources. Pollution presents another challenge: there may be sufficient supplies in some places, but that water is undrinkable because of contamination.

Siegel says these factors are coming together to present a global water crisis, which will lead to higher food prices, depleted aquifers, and social instability. He cites a recently declassified report from a federal agency called the National Intelligence Council that says countries vital to American and global security could be at risk of state failure because of dwindling water resources. He says if people have no water, they will move to find it. That, he says, will create a humanitarian catastrophe that will dwarf the Syrian refugee crisis of the past two years.

“But the good news is, there’s lots of good solutions at hand,” says Siegel. “We just have to take advantage of them.”

Promoting Water Efficiency
Those solutions aren’t just the stuff of scientific research. Siegel says many of them already exist and have been implemented in the desert country of Israel.

“This is a model for an ever drier world with a larger population and a more affluent population,” Siegel says.

Israel has worked to build its water resources since the 1930s, according to Siegel. As a result, he says the country has enough capacity to supply its own people and support a billion dollar agricultural export industry. He says Israel also provides water to Palestinians in the West Bank and Gaza, and to the Kingdom of Jordan.

Siegel credits Israel with creating drip irrigation. Instead of spraying vast amounts of water over crops, like happens in many American agricultural fields, scientists in Israel devised a system to deliver vastly smaller quantities of water directly to the roots of plants. The application of the moisture is specifically timed so the plants only get water when they most need it. As a result, Siegel says the crops are always hydrated, there’s no evaporative loss, and plant yields have increased from 25 percent to as much as 300 percent.

In the United States, Siegel also recommends the development of a comprehensive water use strategy. He says the country hasn’t had a national water oversight body since the 1968 National Water Commission reported to President Nixon and Congress in 1973. And Seigel suggests enhanced water metering to help customers better understand how they’re using the resource. He says different water uses could be charged different rates.

“We have real challenges,” Naam says. “We can do it if we innovate. It’s all about new ideas.”

Naam says farmers have long embraced new technologies for planting, tending, and harvesting their crops. The results have been dramatic. He says farmers now grow three times as much food per acre as they did in the 1960s, and they’re doing it using far fewer people. In 1900, Namm says about half the population farmed. Now, less than 2 percent of Americans work on farms and ranches.

Improved agricultural technologies will be even more critical in the future, though. Naam says the world’s growing population will demand twice as much food and three times as much meat in the next 40 years along. He points to precision agriculture, which uses satellite observations to help farmers tightly manage the application of fertilizers and pesticides to reduce waste and runoff and increase yields. Now drones with infrared sensors can provide similar information on a smaller scale.

“Our farms will be more like high tech little factories,” says Naam.

Agriculture may change in other ways too. Naam says farmers, especially those in the Great Plains, may supplement their crop and livestock production with electricity generation. He says ranchers in Kansas and Oklahoma are already adding wind turbines to their grazing lands. Naam says the United States is blessed with abundant wind and solar resources, which will continue to reduce the costs of renewable energy.

“While people argue over climate change, everyone loves clean energy,” says Naam. “I think that’s what’s going to drive us forward is that love of the energy and the fact that it’s now cheaper than coal or gas to use solar or wind.” 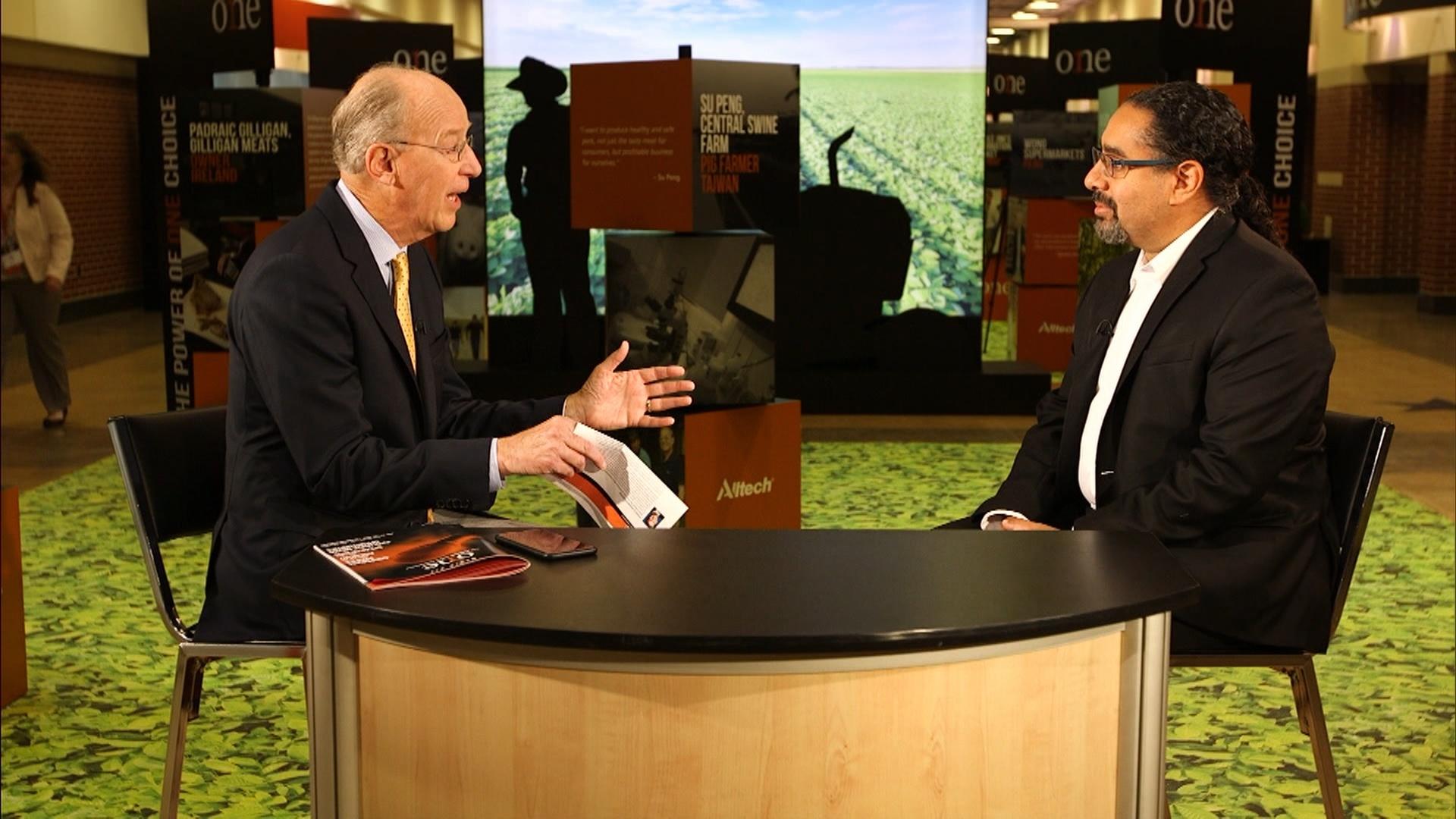