Rand Paul says when he decided to run for the U.S. Senate, his wife wasn’t excited by the idea, even though they thought he wouldn’t be elected. Now that Sen. Paul is considering a run for President of the United States, he says the ramifications for him and his family are 100 times greater.

Whether that decision has actually been made, the Bowling Green ophthalmologist continues to lay the groundwork for a presidential bid. Last week, Paul made a 10-stop, 800-mile tour through Iowa. Two weeks before that trip, Paul talked with KET’s Bill Goodman for a One to One program recorded at the Kentucky Chamber of Commerce’s annual business summit in Louisville.

While the junior Senator is pleased to be leading among potential Republican contenders in some polls, Paul says he’s not sure how much that really means two years before the election. As he travels to Iowa, New Hampshire, California and other key states testing the political waters, Paul says he talks about the same message that he often shares with Kentuckians.

Watch Rand Paul describe other potential candidates for the presidency in 2016.

Policy That Can Expand the GOP Base
Paul says Americans don’t like the dysfunction of Washington politics and are looking for someone who can work with both political parties. He advocates for a new form of compromise where politicians who usually disagree on policy find one issue upon which they can agree and work to pass legislation on that.

For example, although Paul is a fierce opponent of Senate Majority Leader Harry Reid, he does support the Nevada Democrat’s proposal to cut the tax rate on money that corporations normally keep overseas. (The proceeds, under Reid’s plan, would shore up the federal highway trust fund.) Paul has also worked with New Jersey Sen. Cory Booker, another Democrat, on legislation to expunge nonviolent crimes from the records of juvenile offenders, as well as other criminal justice reforms.

And earlier this year, Paul testified on behalf of bipartisan legislation in the Kentucky General Assembly to restore the voting rights of non-violent felons who have fully completed their sentences. He says these moves stem from his view that the war on drugs has been overdone and is unfairly applied to minorities. Paul sees his push to give non-violent drug offenders, many of whom are Black or Hispanic, a second chance as good policy for America and good politics for the Republican Party.

“When people hear me talk about criminal justice, I don’t think many people doubt my sincerity, but I’m also honest enough to say, yes, I want African-American votes,” Paul explains. “Am I doing this because I believe in it? Yes. Am I doing this because it’s also good politics to say, we want more African-American votes and this is how I’m going to get it? Absolutely.”

The Rand Paul Conundrum
Paul’s efforts to expand the Republican base and take a different approach on issues don’t always sit well with his GOP colleagues. Gerald Seib, Washington Bureau Chief of the Wall Street Journal, recently called Paul a “conundrum” for his party, especially in when it comes to foreign policy. Like most Republicans, Paul advocates for a strong military, but he also says he wants to cut foreign aid and stop sending troops into what he deems as other countries’ civil wars.

The Kentucky senator argues that his ideas aren’t a problem for the GOP, but where the party should be headed.

“The conundrum for the Republican Party writ large is, if you are going to stay the same, if you are not going to evolve, adapt, and become a bigger, better party, you will continue to lose [presidential elections],” Paul contends.

Another area that could benefit Republicans, according to Paul, is to finally address immigration. He argues for a secure border, coupled with work visas so immigrants can become taxpayers who support the American financial system, rather than simply become a drain on it. 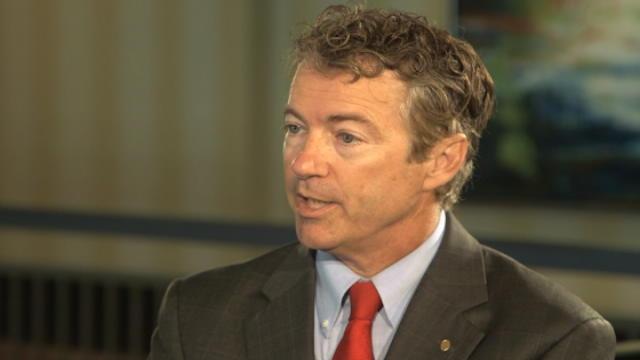