As a member of the Financial Services Committee of the U.S. House of Representatives, Congressman Andy Barr says he can advocate for his constituents in a variety ways. He says he fights for community banks, credit unions, and their customers. In addition, he says he combats poverty through his work on the housing subcommittee, and says he helps protect national security by serving on a task force that investigates terrorism financing.

The Republican is seeking a third term to represent central Kentucky’s 6th Congressional district. He appeared to KET’s One to One to discuss his work and issues in his campaign against Democratic challenger Nancy Jo Kemper.

Banking and the Economy
Although he has received more than $500,000 in campaign donations from the banking industry — including $10,000 from a Wells Fargo political action committee — Barr says those contributions don’t influence his actions on the Financial Services Committee. The congressman points to his criticism of Wells Fargo CEO John Stumpf during a recent committee hearing for how the bank opened 1.5 million fake accounts without their customers’ knowledge or approval. Barr says he also secured a commitment from Stumpf to assist the more than 600 Kentuckians defrauded by Wells Fargo.

Barr contends the scam occurred because of over-regulation caused by the Dodd-Frank Wall Street Reform and Consumer Protection Act. He claims 3,000 community banks and credit unions have gone out of business since the passage of Dodd-Frank in 2010. Because those smaller banks could no longer serve as competition to larger Wall Street institutions, Barr says banks like Wells Fargo have had “a license to misbehave.”

The Republican also says the Consumer Financial Protection Bureau (CFPB), which Dodd-Frank created, allowed Wells Fargo to continue its corrupt practices for five years without punishment. Barr has proposed legislation to scale back both the CFPB and Dodd-Frank regulations. He says he wants to free up community banks from what he sees as burdensome regulations and give small-town customers more access to credit.

Welfare Reform
Barr also wants to change the welfare system. He says the poverty rate in America has remained essentially unchanged for the past 50 years despite the efforts of 13 different federal agencies and 80 federal programs devoted to fighting it.

The congressman proposes making work for able-bodied adult welfare recipients a condition of receiving public assistance. He says work is “a blessing, not a punishment,” and it’s the best way to promote upward mobility for low-income individuals. Barr argues that the current welfare system dis-incentivates work because of the so-called “welfare cliff,” or the point at which individuals lose their benefits because they earn too much money. He favors changing the system so that there is a gradual decline in benefits as people increase their incomes.

Barr says another way to help the poor is to repeal federal regulations that he says hurt commerce.

“You can’t wage a war on poverty if you’re waging a war on jobs,” Barr says. “The Dodd-Frank law and the war on coal and Obamacare, they’re shrinking the workforce [and] they’re compromising economic opportunity for people.”

Other Issues
On the Syrian civil war, Barr says he favors enacting no-fly zones and creating safe zones for Syrian refugees so they can stay in their own country. He says innocent victims of the conflict should be made secure there, instead of becoming part of an “open-ended refugee resettlement program” in America.

In the larger fight against terror, Barr says the first step is to label it what he says it is: radical Islamic terrorism. Then he says the United States must do more to engage Sunni Arab allies in the fight and work to deny jihadists any safe havens. He also favors measures “to limit recruitment of young Americans to become terrorists.” Barr says the war on terrorism will likely last beyond our lifetimes.

As for his party’s embattled presidential nominee, Barr says he does not agree with everything Donald Trump says or how the New York businessman says it. But Barr says he does believe in Trump’s running mate, Indiana Gov. Mike Pence. Barr says Trump and Pence would be valuable White House partners in achieving the policy agenda that he and House Speaker Paul Ryan are promoting for tax and health care reform, poverty reduction, economic recovery, government accountability and transparency, and national security. 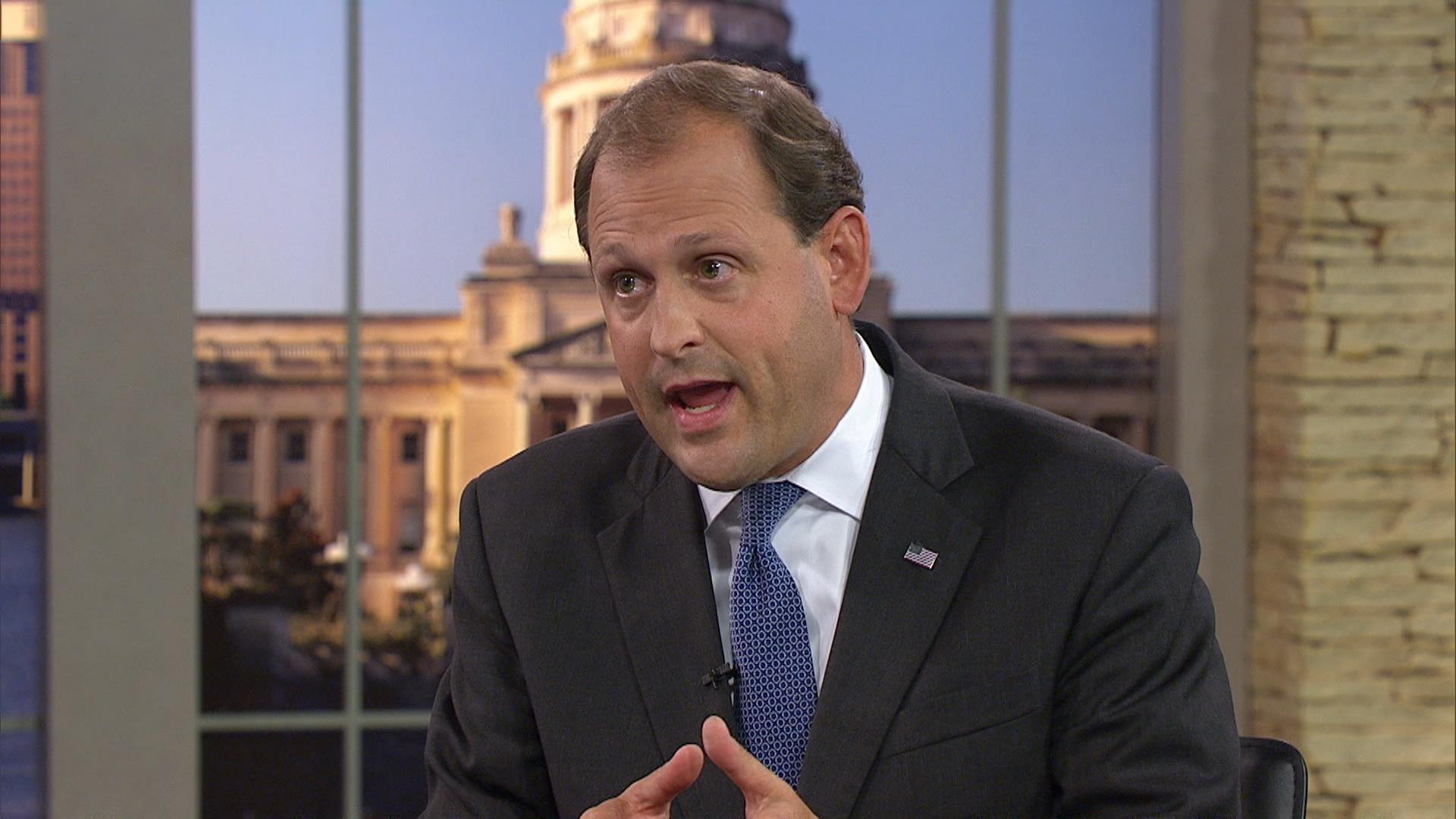