As School Marks Milestone, UK President Looks to the Future

As the University of Kentucky celebrates its 150th anniversary with events to honor its rich history, school officials are recommitting UK to address challenges of the future.

University President Eli Capilouto appeared on KET’s One to One to discuss the school’s aggressive building program, and a new directive to focus on Kentucky’s most pressing problems.

“What is nice to see is that the DNA from the birth of this university is still manifest in what we do today,” Capilouto says. “Things have changed dramatically [in 150 years], but our commitment to the commonwealth remains at the forefront of everything we do.”

New Buildings Highlight Campus Changes
Capilouto says UK has $1.3 billion in construction projects underway at the Lexington campus. One emphasis has been to increase the number of residence halls. The president says the school now has 3,000 new beds with accompanying meeting spaces where students can gather for what Capilouto calls “living-learning programs” to strengthen the campus community.

Capilouto acknowledges the school is taking on debt to pay for the new buildings, but he says UK has also been able to retire old debt in recent years. He says the credit rating agency Standard & Poor’s recently upped UK’s ranking from “stable” to “positive.”

“When we issued debt in market, we got extremely favorable rates because we’re really low risk,” Capilouto says. “So people have a lot of confidence in what we’re doing.”

More Cancer Research
The university is home to the state’s only National Cancer Institute-designated cancer center, an honor the school received in 2013. But Capilouto wants to build on that success with a new research facility to study cancer and other chronic illness prevalent in Kentucky.

The proposed building, which has been endorsed by state Senate President Robert Stivers, has been estimated to cost up to $150 million. Capilouto says UK is prepared to fund half of the project if the state will pay the rest of the money. Lawmakers declined to fund the facility in last year’s legislative session, and it’s uncertain whether they would make a special effort to do so this year since they’re not scheduled to address budget issues until 2016. But Capilouto says time is of the essence since it can take up to 10 years to fund, design, and construct a research facility.

To back up his personal commitment to the idea, Capilouto and his wife recently pledged $250,000 to the project. Although he’s only been in the state for a little more than three years, Capilouto says he feels an obligation to help address health disparities in Kentucky.

Higher Costs for Students
Capilouto says the school has a responsibility to educate young people and prepare them with the skill sets they’ll need for today’s job market. But doing so has become increasingly expensive for students who face escalating tuition, textbook costs, and other fees.

Capilouto says repeated rounds of state budget cuts have forced the university and other schools to raise tuitions. But he’s quick to also report that 85 percent of UK students receive some kind of grant or scholarship support that they don’t have to pay back. Plus he says 50 percent of graduates have no debt. For those students that do graduate with debt, Capilouto says the average owed is $23,000.

“But I’ll tell you what is even more expensive: trying to get through this world without a college education today,” Capilouto argues. “As complex, as difficult, as unpredictable as it’s going to be, if you do not have the skill set that you get from a college education, navigating that frontier will present headwinds that you cannot overcome.” 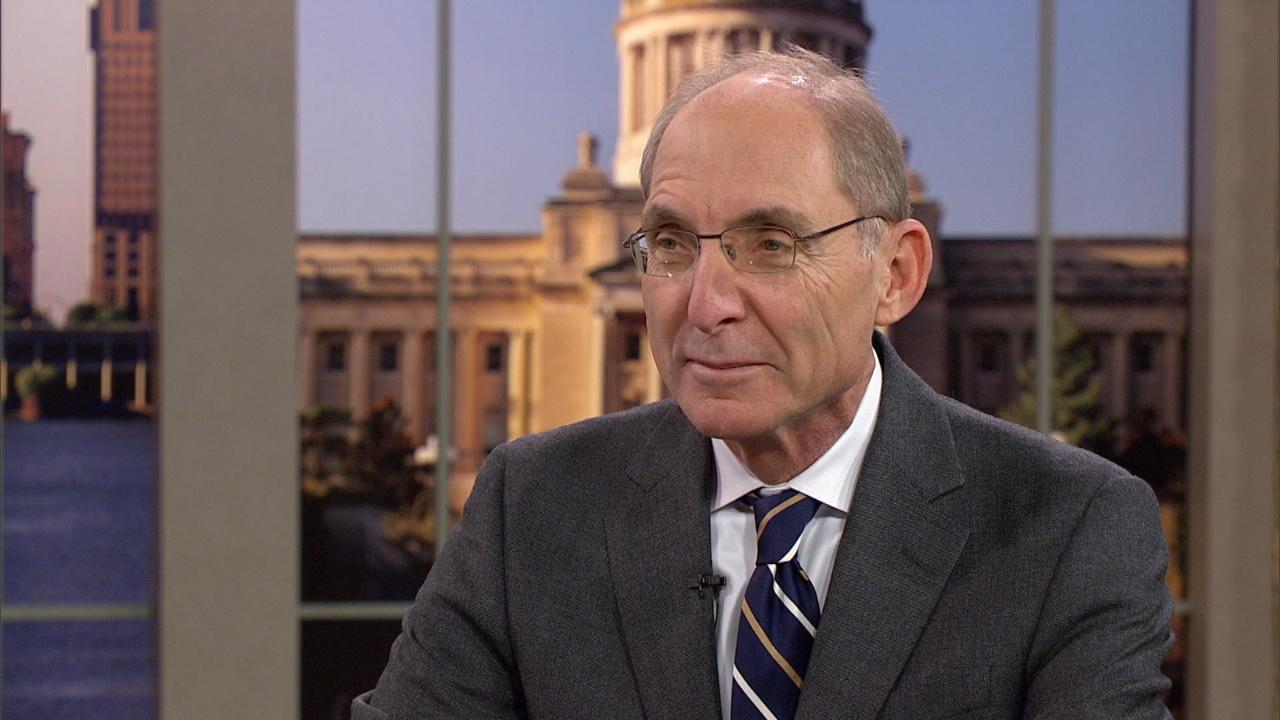