Host Renee Shaw speaks with Marsha Weinstein, president of the National Collaborative for Women's History Sites, who discusses the 100th anniversary of the 19th amendment and the continuing fight for women's equality, and the National Votes for Women Trail, a project she spearheaded.
Season 16 Episode 1 Length 28:01 Premiere: 9/11/20

As you drive along the city streets and rural byways of the nation, you may notice a new kind of roadside historical marker: White signs with purple lettering that detail the contributions made by women and men of all races who fought for a constitutional amendment granting voting rights to females.

The markers are part of a nationwide effort to uncover, preserve, and share these little-known stories that led to sweeping changes in American politics and society.

“Most people learn their history by visiting historic sites and parks and museums and monuments, not from their school books,” says Marsha Weinstein, president of the National Collaborative for Women's History Sites, the organization behind the new roadside markers. “That’s why it’s so important to have public display of this history for people to learn outside of school.”

Coordinators in each state work with local volunteers to research individuals and locations that are important to the women’s suffrage movement. So far Weinstein says they’ve uncovered stories about how white men and women as well as Blacks, Asian Americans, Latinos and Native Americans advocated for suffrage. That information is fed into the organization’s online database; selected entries also become roadside markers.

Despite being a rural, southern, and conservative state, Weinstein says Kentucky had significant suffrage activity. The database includes 107 entries for the commonwealth, documenting stories from Hickman to Pikeville. So far, there are five roadside markers in the distinctive purple and white colors that commemorate a diverse set of Kentucky women:

– Mary Barr Clay, the oldest daughter of abolitionist Cassius Clay, testified before a Congressional committee in 1884 about why women should have the right to vote. Weinstein says Clay was also president of the American Woman Suffrage Association and a friend of Susan B. Anthony. Her marker is at the White Hall Historic Site near Richmond.

– Dr. Mary E. Britton was the only female doctor in Lexington during her time, according to Weinstein. She was also African American. Her marker is outside the St. James AME Church in Danville, where Britton spoke to the State Association of Colored Teachers in 1887 about why women should have the right to vote. Rev. Ralph Smith, the current pastor at St. James, says he couldn’t wait to tell his congregation about the church’s role in history.

“I was so excited,” says Smith. “Back then, a woman, especially a woman of color, is supposed to be quiet – but she, with wisdom, spoke.”

– Madeline McDowell Breckinridge was president of the Kentucky Equal Rights Association. She lived at Ashland, the home of her great-grandfather Henry Clay, and hosted several suffrage conventions there in the early 1900s. Her marker is near Ashland in Lexington.

– Josephine Henry was the first woman to run for statewide office in the commonwealth, and successfully advocated for married women’s property rights legislation. She also co-founded the Kentucky Equal Rights Association in 1888. Henry’s marker is at her family home in Versailles.

“Being in the front yard of Josephine Henry’s home and feeling her presence,” says Weinstein, “it’s a very spiritual experience that she was a real person living in rural Kentucky and making a national impact.”

Weinstein, who lives in Louisville, has long been active in voting rights and gender issues. She is a former executive director of the Kentucky Commission on Women and she chaired the national nominating committee of the League of Women Voters. Weinstein also helped launch the Court Appointed Special Advocates (CASA) program and she has served on the boards of groups as diverse as Kentucky Youth Advocates and Girl Scouts of the USA. She says she’s been working for 25 years to help preserve the history of the suffrage movement.

“My hope is that when people learn this history, that they’ll be inspired to be actively engaged in their communities,” says Weinstein, “and make them really value voting rights.”

As election officials work to protect voters and poll workers from COVID-19, Weinstein says she hopes Kentucky will move towards more voting options rather than restricting access to the ballot as some states have done.

“These are troubling, disturbing times,” says Weinstein. “Every effort should be made to meet people’s needs, to give them their opportunity to exercise their rights as citizens.”

But it’s not just voting. Weinstein wants more women to become politically active and run for office. Although females comprise about 51 percent of the American population, only about a quarter of Congressional seats are held by women. In Frankfort, females hold 23 percent of the seats in the state legislature, according to the Kentucky Commission on Women.

“It takes the contributions of both women and men working together to make a difference for everyone,” says Weinstein.

Given their traditional role in child care, females who run for office tend to focus more on education, health care, and family economic issues, says Weinstein. Beyond politics, she says women also need better representation in business, finance, and other sectors of the economy.

“We need to respect all people and help and encourage them to become the fullest persons they can become through our government and business and all our systems in our society,” she says.

Weinstein says one thing that would improve political engagement among women and men is to restore civics classes in schools. She says students should learn how people get elected, why voting is important, and how they can get involved in the political campaigns of their choice. A new K-12 curriculum is designed to help educators do just that. Weinstein says “What is a Vote Worth?” was created by a University of Kentucky graduate, and is quickly becoming a national model for teaching about voting issues. Weinstein contends students need to learn the history of the suffrage movement and the 1965 Voting Rights Act to better understand what’s at stake in our democracy. 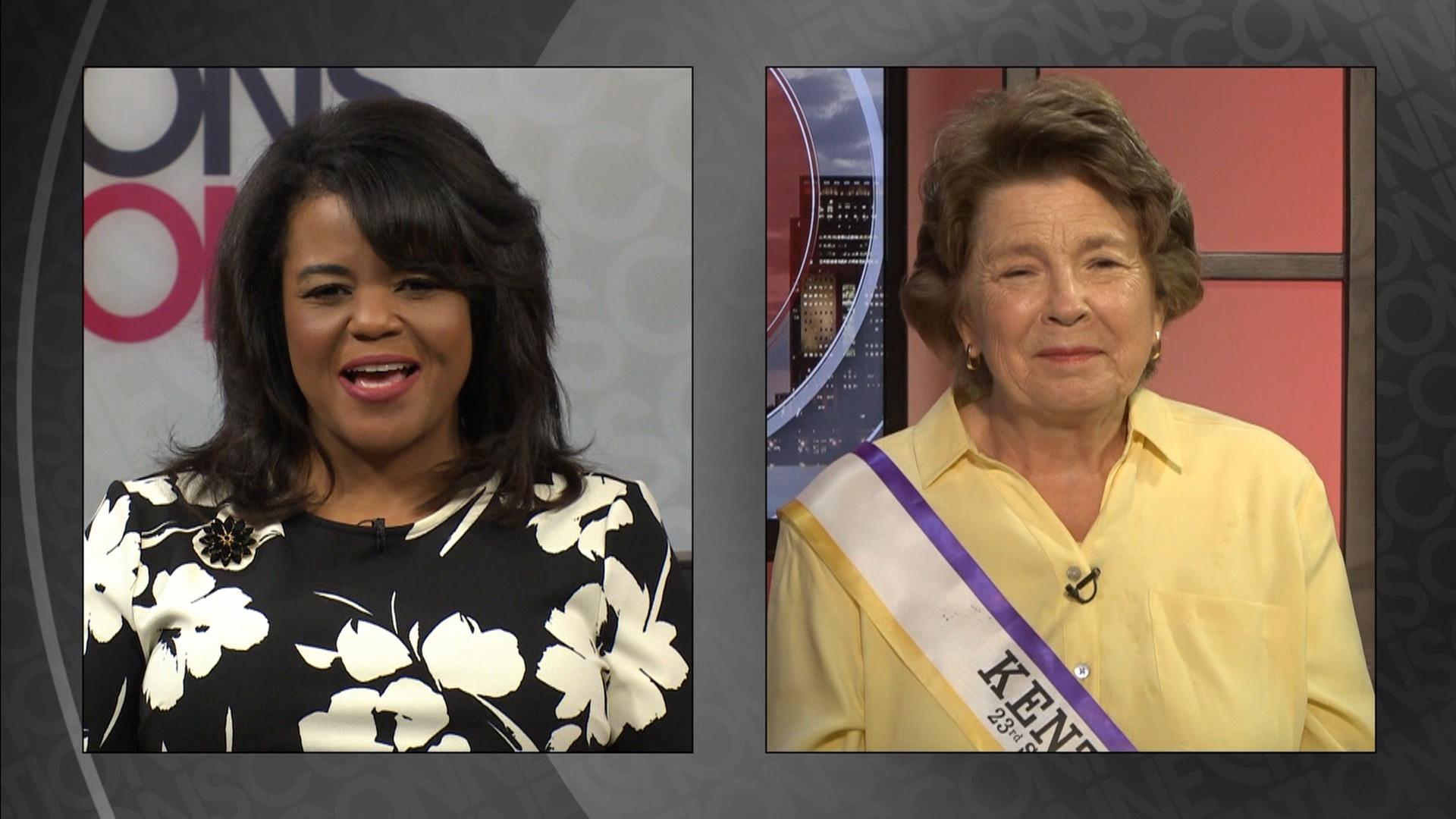