Advocates Work to Spread Public Awareness of the Need for Vaccination

More than 1.7 million Kentuckians have received at least one shot of the various COVID-19 vaccines. That’s about half of the adult population of the commonwealth.

While public health officials applaud that progress, they also worry about low vaccination rates among the commonwealth’s communities of color. Black Americans comprise 8.5 percent of the state’s population, but only about 5.45 percent of those getting a shot of the Moderna, Pfizer, or Johnson & Johnson vaccines, according to a recent report from Gov. Andy Beshear. Hispanic individuals are about 4 percent of the population in Kentucky, but only 2.4 percent of those vaccinated.

Health department employees, community organizations, and researchers are actively working to boost those numbers since Black and Hispanic Kentuckians were especially hard hit by COVID in the early months of the pandemic.

For example, on June 1 of last year, Black Kentuckians accounted for nearly 15 percent of COVID cases. Hispanic Kentuckians were slightly more than 15 percent. The U.S. Centers for Disease Control and Prevention says higher rates of COVID in racial and ethnic minority populations are likely due to those communities being disproportionately represented among essential workers, such as those who help get food to market or care for the sick.

“At the beginning of the pandemic, it was something that was really affecting our Hispanic community because they had to go to work,” says Ruben Perez, a health educator with the Lexington-Fayette County Health Department. “They didn’t have the luxury to stay home and telework.”

In Lexington alone, says Perez, Hispanics once accounted for 28 percent of all COVID cases, even though they are only about 7 percent of the local population.

The Battle Against Misinformation

Given those high case numbers, public health officials are eager to help as many Kentuckians of color get vaccinated. But Perez says that’s not easy since many Spanish-speaking individuals get their information – and sometimes misinformation – from social media.

“We’re fighting a battle because what’s happening with the Hispanic community is that we’re pretty much going against Facebook right now,” he says.

To combat unhelpful information on social media, Perez says his department has made a concerted effort to translate health information, especially details about COVID testing, tracing, and vaccinations, into Spanish. The department also deploys bilingual staff and volunteers to connect with members of the Hispanic community.

“It was just amazing the amount of people that did not speak any English, and I was the only clinician that could speak Spanish,” says dental hygienist and El Salvador native Diana Belcher, who is a Lexington Health Department volunteer.

It’s natural for immigrants to want to get news and information in their first language, according to RadioLex Program Director Victor Palomino. But sometimes that means they know more about what’s happening back in their native countries than in their new homes.

Then there are concerns about immigration status, with some migrants fearing they could be targeted by authorities by simply requesting a vaccination. Perez says the COVID shots are free for everyone, whether they are documented or not.

“We have a simple rule: We don’t ask about any type of status or if you’re here legally or not,” says Perez. “The only thing we need to verify is that you live in Lexington or Fayette County, or that you work in Fayette County.”

Perez and Palomino encourage those who have already gotten a COVID vaccination to share their experiences with their friends.

“In immigrant communities, word of mouth is big,” says Palomino. “If we can get one person from the community that is trusted by the community to deliver that information, that’s going to help us get over all this false information.”

“It’s easier to see familiar faces, faces from the community, who can talk to you about things you’re skeptical about, like, for example, the vaccine,” says Jackie Arakaki, a part-time community health worker with the Corazon de la Familia program at the University of Kentucky College of Nursing. “If a community health worker talks to you about the vaccine, you’re going to listen.”

Benefits of Vaccinations Outweigh the Risks

The difficult job of encouraging vaccine-hesitant individuals to get a COVID shot became even harder when federal officials temporary paused use of the Johnson & Johnson vaccine over concerns it could trigger a severe blood clotting condition.

Epidemiologist and Foundation for a Healthy Kentucky Board Chair Vivian Lasley-Bibbs says the news confirmed the worst fears of some people already reluctant to get a shot. But she notes that the clotting reaction is extremely rare, occurring in just a handful of people out of more than 7 million individuals who had received the J & J vaccine to that point.

“You have more side effects taking a prescription that your doctor would give you for something like diabetes,” she says.

Even if people still want to avoid the single-shot J & J vaccine now that it has been reauthorized for use, Lasley-Bibbs says the Moderna and Pfizer vaccine options are readily available. With cases of COVID variants on the rise, she says it remains critically important for Americans to get vaccinated.

Lasley-Bibbs says low vaccination rates in minority communities aren’t solely caused by vaccine hesitancy. She says systemic issues also come into play, such as racism in the health care system, lack of public transportation to vaccination sites, and lower access to computers and internet service that makes scheduling a vaccination appointment difficult. She applauds Black churches for stepping up to encourage their members to get vaccinated and even host vaccination clinics.

“Especially in the African-American community, who do we look to for advice and our information?” she says. “If pastor says it, we’re going to do that. It’s done.”

But it will take more than churches. Lasley-Bibbs says other Black-oriented community groups and civic organizations can also contribute to vaccination efforts.

Longer term, she advises people to continue to wear masks and keep a proper social distance until we reach so-called herd immunity. And even then, Lasley-Bibs says we should remain vigilant about our behaviors.

“I’m not sure we’ll ever go back to giving the kisses and hugs that we used to,” she says. “I think this is going to be something that we think about from now on as we interact with each other.”

As the battle against COVID continues, Lasley-Bibbs says getting the initial vaccinations may not be enough. She says people may need to have an annual booster, which she says could become as routine as getting a flu shot each year.

“If this becomes something that we have to do long term… remember what was lost as we went through this pandemic, and if that’s going to save lives, then that’s what I think we have to do,” says Lasley-Bibbs. “This is what we need to do to protect our families, our communities, our coworkers.” 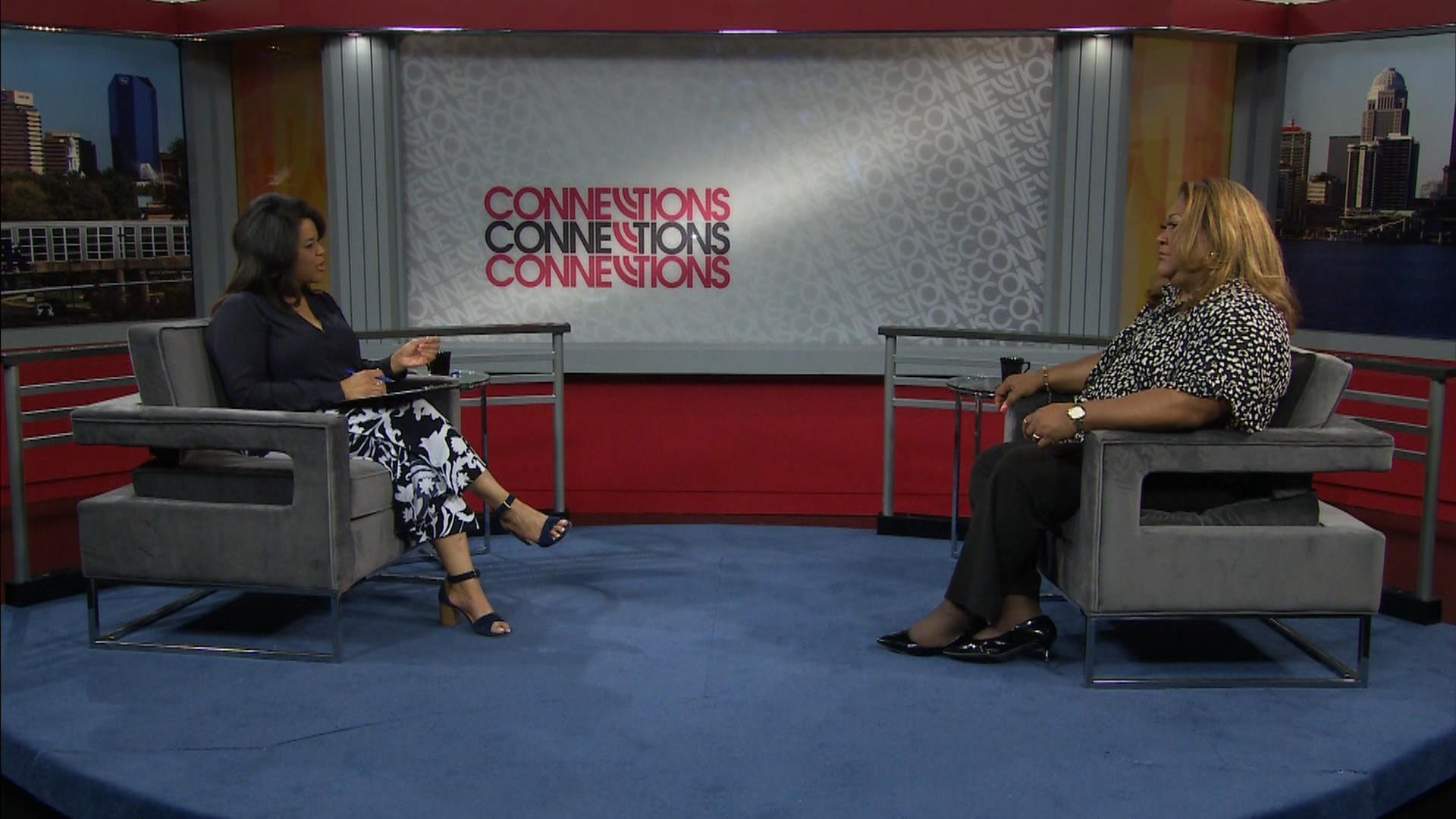