NPR host Diane Rehm discusses her book, On My Own, about reconstructing her life after the death of her husband of 54 years. She is interviewed by author Ann Patchett.
S18 E3 Length 56:32 Premiere: 4.18.16

NPR host Diane Rehm recalled when her husband made the decision to end his life.

Her husband, John, had suffered from Parkinson’s disease for eight years, had lost 50 pounds, and had moved into assisted living when he announced his wishes to his family and doctor.

Rehm recounts his decision to hasten his death by refusing food, water, and medication in her latest memoir, “On My Own.” She discussed her life and her advocacy for death with dignity with author Ann Patchett as part of the University of Louisville’s Kentucky Author Forum. The program was taped for KET’s Great Conversations in March at the Kentucky Center in Louisville.

Born in Washington, D.C., to Arab immigrants, Diane Rehm lost her own parents early in life. Her mother had been ill for some time, and Rehm learned from the family doctor that her mother would die. Her father forbade her from telling her mother that she knew.

“And the first thing I did because I was finally free to make a decision on my own, is to get a divorce,” she said. “He was a kind man; he was a nice man. I’m still in touch with him. But he thought he was marrying his mother. And he was not.”

Rehm, who trained to be a secretary as her father wanted, took a new job at the State Department, which allowed her to see a wider world, she said. “I started reading books, for the first time, really. So one day on my desk at State Department were three books: ‘The Essays of Alfred North Whitehead,’ ‘The Brothers Karamazov,’ and Somerset Maugham’s ‘Of Human Bondage.’

“And in walks a young man, tall, built like a football player, with a crew cut, a lawyer, named John Rehm, who was absolutely fascinated that I, a secretary, had these books on my desk. And he was wondering why. And he did work for my boss. And so we got to talking about those books.”

The Rehms were married for 54 years. Patchett read a passage from Rehm’s book about their marriage. “There’s a quote in the book that says, “John became my teacher. There was no question that I could ask him that he couldn’t answer. He loved teaching me,’” Patchett said. “That is a really specific, beautiful and dangerous dynamic. Do you want to talk about that?”

“Well, I think it was beautiful, and it did become somewhat dangerous later,” Rehm said.

In her 30-year radio career, Rehm said one of her favorite guests was Fred Rogers of “Mr. Rogers’ Neighborhood.”

“I believe that Mr. Rogers was one of the great teachers of our time. He taught not only children, but adults, kindness, thoughtfulness, tolerance for oneself and one’s shortcomings, understanding of other people. He was fabulous.

“And he said, I think I’ll be playing the piano a lot today. And I said, well, why are you sad? And it was such a profound answer that I couldn’t follow it up. He said well, my stomach hurts. And I could not go further. I could not say to him well, why did your stomach hurt?

“He was dead three months later. Mine was the last live interview he did.”

‘I am absolutely sure’

Rehm said she and her husband had talked about their end of life wishes and promised each other they would help each other die. His parents had each committed suicide.

“You mention that in the book, but without detail,” Patchett said.

“John’s mother lived to be 92, but because her hip and back were so bad, and she refused to have any kind of surgery. She took her own life at 92,” she said. “So this was around us.”

“And something that in his family there was a sense of control about,” Patchett said.

“Absolutely,” Rehm said. “And that’s what he expected for himself.”

When John Rehm’s doctor said it was not legal or ethical in the state of Maryland for him to help a patient die, he told them the only option was for John to refuse food, medication, and water.

“When we all left John’s room that day, I came back the next morning not knowing what decision John would make,” she said. She asked if he was OK, and he revealed he had not had water, food or medication, and he felt great.

“And I said are you sure you want to do this? And he said I am absolutely sure. And he was fine for two days. But at the end of the second day, he went to sleep. And for the next eight days, he stayed in that situation. I was there the whole time.”

The End of Life Conversation

Rehm said she is making it her cause in life to urge people to talk within their family about their end of life wishes.

“We do not want to talk about death, even as it is as much a part of our lives as birth. And we don’t talk about it. So I’ve written this memoir not only talking about the difficulty beyond John’s death and widowhood, but really urging people to gather into family groups, neighborhood groups, friendship groups” to discuss end of life wishes.

She said she supports improving palliative care for people who choose to remain alive as long as possible. “That should be your choice,” she said. “At the same time, if I am sick and I know that I have a choice between palliative care, more chemotherapy, more radiation, or choice of dying, I am going to choose death with dignity.

“I shocked, I think, some television viewers on a program not long ago, by saying – and I don’t mean to shock you – if I suffer a heart attack, if I suffer a stroke, I am now 79. I will be 80 in September. … I’ve had a fabulous life. I will not call 911. I do not wish to go to a hospital to be intubated, to die in a sterile room with no one but doctors and nurses surrounding me.”

Patchett asked Rehm what would happen if neighbors or bystanders called 911. “What you have to make yourself ready for,” Patchett said, “is someone going to drag you into the back of an ambulance—“

“Not me.” Rehm said. She recalled a recent sore throat and cold chill she suffered on her book tour. Medics were called, but Rehm refused to be taken to the hospital.

As it turned out, she was sick for three weeks with the flu. “But what I’m telling you again: You’ve got to push against what you don’t want.”

She encouraged younger adults to begin the conversation with aging parents about their wishes for the end of life. “Our generation is going to be the largest portion of the population before you know it. And we’ve got to think about – I’m telling you, nursing homes are not where you want to be.”

“Can I say that the best place that I can think of to begin this [end of life] conversation is to have people read your book?” said Patchett. “Because I think that your book is so full of contradiction and doubt, and love and loss, and life and grief, and it’s exactly the way it is. It’s not just, I’m settled. It’s confusion and questioning and grappling – which is what you do on your show day after day. … I think it’s a beautiful beginning for everyone’s conversation.”

Philippe de Montebello, the longest-serving director of The Metropolitan Museum of Art, discusses his book, Rendez-vous with Art. He is interviewed by chief art critic for The New York Times Michael Kimmelman. The interview was recorded at the University of Louisville Kentucky Author Forum.

Legendary opera singer Jessye Norman, discusses her memoir Stand Up Straight and Sing!, which recalls the strong women who were her role models. She is interviewed by Gloria Steinem, feminist activist and co-founder of Ms. magazine. The interview was recorded at the University of Louisville Kentucky Author Forum.

Acclaimed Attorney David Boies, current legal counsel for Sony Pictures Entertainment, has represented clients in many high-profile U.S. cases. Boies was co-lead counsel for the plaintiffs in Perry v. Brown, establishing the constitutional right for same-sex marriage in California. He discusses the historic case with Jeffrey Toobin, staff writer at The New Yorker and the senior legal analyst for CNN. The interview was recorded at the University of Louisville Kentucky Author Forum.

Author John Irving discusses his new novel, Avenue of Mysteries. His prolific career includes The World According to Garp, which won the National Book Award in 1980, and A Prayer for Owen Meany. Irving is interviewed by American historian Sam Tanenhaus, a contributor to Bloomberg Politics and Bloomberg View, and a columnist and associate editor at the British monthly, Prospect. Tanenhaus is also a former editor in chief of the Sunday Book Review and Week in Review at The New York Times. The interview was recorded at the University of Louisville Kentucky Author Forum. 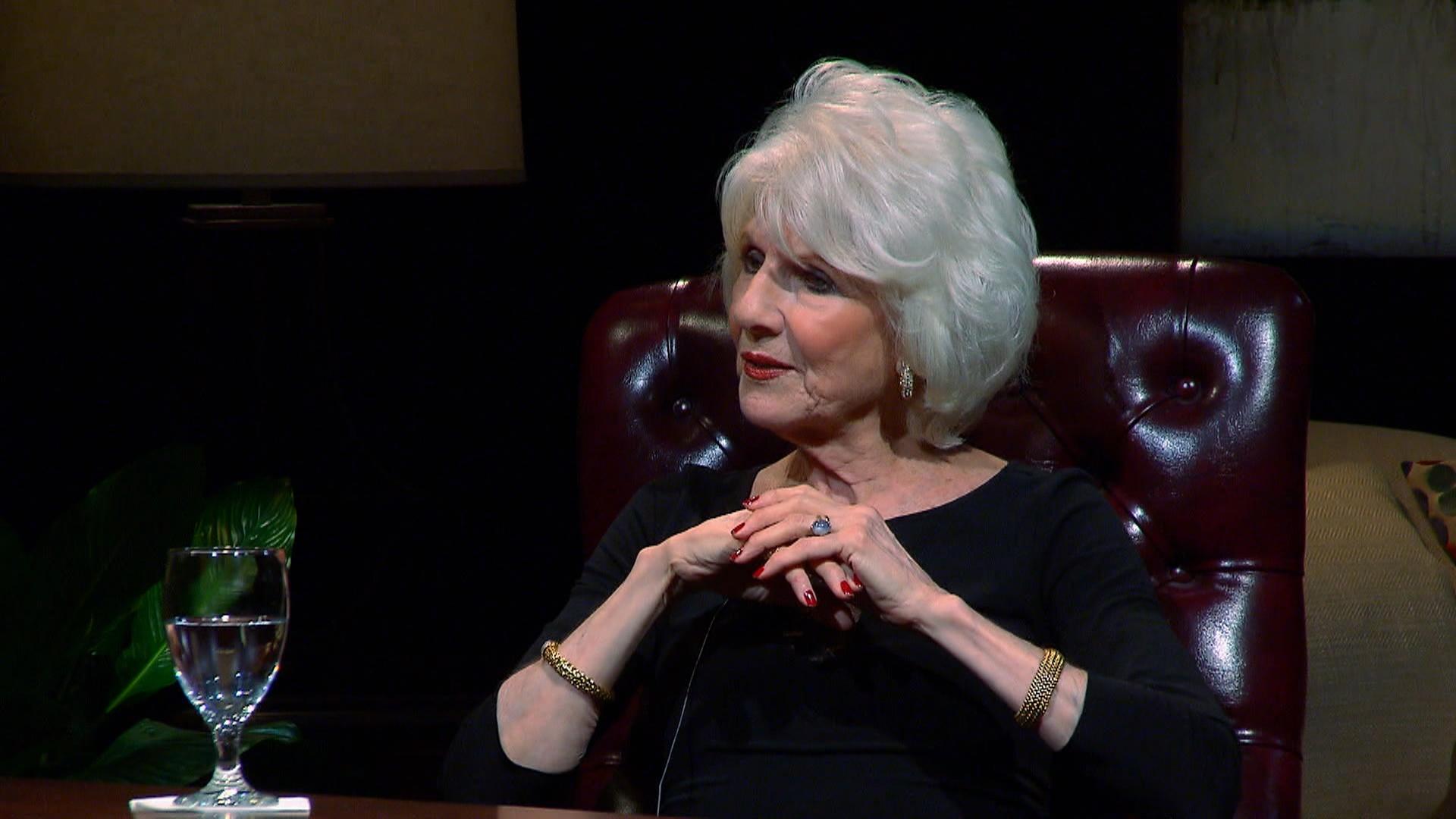